Statistics for the tenth year of Crazy Eddie's Motie News

It's time to review the statistics for the tenth year of this blog.

Follow over the jump for my analysis of the past year.

While my page views increased, comments decreased from 464 to 411 or 412; the math said 411, but Blogger and my actual counting yielded 412. I think I know how the discrepancy occurred, as I completely deleted a spam comment by mistake at the beginning of March 2021. Oops. I don't plan on doing that again! I'm not bothered by this, as I don't set comment goals; they're even more out of my control than page views. Besides, comments seem to be driven by the number of entries. Since I posted fewer entries, I should expect fewer comments. The numbers bear this out, as the blog received 1.01 comments per post last year vs. 1.03 comments per post this year. Calculated this way, my comment rate actually increased slightly. For that I want to thank my regular commenters from previous years, such as Infidel753, Nebris, K-Dog, Paul W., Ranch Chimp, Green Eagle, Allan S, Dave Adams, and my right-wing troll Ed in addition to the usual aggressive and persistent spammers. One of those was Factual America, whose comment I called the "most on-topic and welcome spam in the ten-year history of the blog!" It's still true. Unfortunately, Bukko Boomeranger, one of my favorite commenters, has stopped leaving comments. I blame that on my no longer commenting at Kunstler's blog, which Bukko also read. I don't miss Kunstler or his blog, but I do miss Bukko. 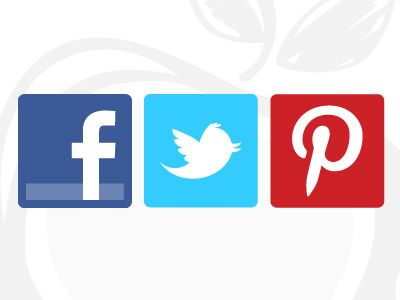 Like last year, Facebook directed more traffic my way than any other site with ~82,280 page views, mostly from the mobile app. I attribute the bulk of those from promoting my posts at the Coffee Party USA Facebook page and the Crazy Eddie's Motie News page (if you're on Facebook, please like the page!). That's an increase from last year. Google again came in second with ~15,300 referrals, a decrease from last year. Twitter remained in third with ~5,040 link clicks from tweets, a slight decrease from last year. As I expected, Infidel753's blog became a more important source of readers with ~3,170 page views this year compared to ~2,730 page views last year, rising from sixth to fourth. Thank you, Infidel! Pinterest and Crooks and Liars jumped over Bing. ~2356 page views came from Pinterest, more than last year, enough to raise its rank from eighth to fifth. Thanks to sharing of links to my blog by Infidel753, Tengrain, and recently Jon Perr, Crooks and Liars increased its referrals to ~1,390 page views and its rank from eleventh to sixth. Thanks again, Infidel, and thank you, Tengrain and Jon Perr. It's great to have online friends like you! Bing fell from fifth to seventh, providing 1,300 page views, a decrease from last year. Search from the Russian domain of this blog contributed 232 page views to rank eighth; that hardly counts as an outside source of readers. Boat Bits, which ranked fourteenth last year, referred 149 page views this year to rank ninth. Thanks again, RLW! Fellow blogger Hackwhackers came in tenth with 140 page views. Finally, I also expected that Kunstler's blog would be a much less important source of page views this year and I was right. One or more of his readers clicked on links from old comments, resulting in 135 page views, dropping the site from fifth to eleventh. I'm surprised I got that many. 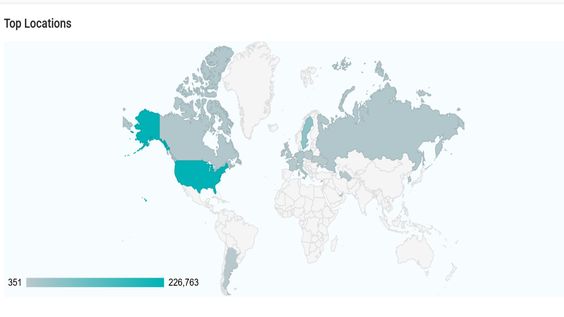 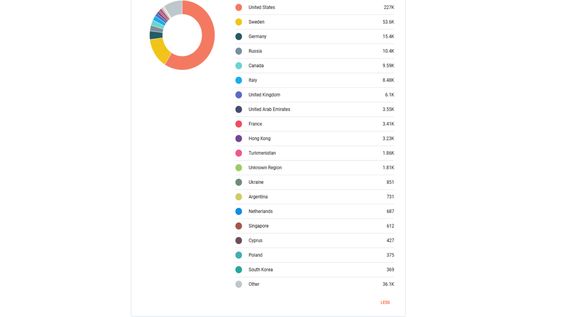 Finally, it's time to review the top countries providing readers to my blog. I begin with the annual statistics.

As one can see from the image above, the United States provided the most readers with ~227,000 page views (the new version of Blogger only reports to three significant digits). Since this is a U.S.-based blog and I write for a U.S. audience, that comes as no surprise. What did come as a surprise was that Sweden, which was not in either the annual or all-time top 20 countries last year, contributed the most readers outside of the U.S. with ~53,600 page views this year. That began the day after I tweeted at Greta Thunberg in January. Readers from Sweden started paying attention to my blog after that, which makes me wonder who is really reading. Germany remained in third with ~15,400 page views. Russia rose from sixth to fourth with ~10,400. Canada dropped from second to fifth with ~9,590 page views. Italy also fell from fourth to sixth with ~8,480. The United Kingdom came up from ninth, eighth for actual countries, to seventh with ~6,100. The United Arab Emirates rose to eighth from ninth among actual countries with ~3,550 page views. France fell from fifth to ninth with ~3,410. Hong Kong rounded out the top ten with ~3,230 page views, rising from outside the top twenty to replace Singapore, which sank to seventeenth.

The next ten consist of Turkmenistan in eleventh with 1,860 page views, Unknown Region in twelfth with ~1,810, Ukraine in thirteenth, twelfth among actual countries with 851, Argentina with 731, Netherlands with 687, Singapore with 612, Cyprus with 427, Poland with 375, and South Korea completing the top twenty with 369. All other countries combined for ~36,100 page views.

Now for the all-time stats. The United States has contributed 2.1 million page views, while Russia remains the top international source of page views with ~82,400. Canada continued in third with ~71,600 page views followed by Germany steadfast in fourth place at ~65,300. Sweden jumped from out of the top twenty entirely last year to fifth with ~54,500 page views, passing the U.K. in sixth at 50,900. France sank to seventh at ~47,300. Italy remained in eighth place with ~33,400. Ukraine dropped from seventh to ninth at ~29,000 China dropped to tenth among actual countries with page views essentially unchanged from last year with ~13,500. Unknown Region showed up ahead of China with ~16,800 page views. Australia fell out of the top ten among actual countries while still increasing page views from last year's ~10,400 to ~10,500.

That's it for this year's statistics post. I'll get to the top post of last year on (Throwback) Thursday. Stay tuned.

Previous posts in this series Previous statistics posts
Posted by Pinku-Sensei at 9:58 PM