Leprechauns are associated with St. Patrick’s Day and Irish culture, but do you know why? The jovial, red-haired little man dressed in green standing next to a pot of gold is a modern invention—the diminutive faerie folk was once more popularly known for their role as tricksters and expert cobblers.

In this episode, you’ll learn how ancient Irish mythology, Irish immigration, and some crafty marketing resulted in one of our most recognizable folkloric figures.

This is probably the most educational video I've shared for the holiday since 2013, when I posted The science of drinking for St. Patrick's Day and it's about mythology, culture, and history instead of science. As someone with Irish ancestry, I appreciate that!*

Follow over the jump as the celebration continues with music and drinks.

Dr. Z's video mentions the very first St. Patrick's Day parade being held in New York City in 1772. That gives me the perfect excuse to share Music213's video of Kennedy HS playing "The Irish Brigade" at the 2016 Arcadia Band Review.

I couldn't get away from marching music entirely after devoting an entire post to it last year.

This what leprechauns really drink!
Next, the Pot O' Gold Milkshake.

Irish cream in my milkshake!
Sláinte! It wouldn't be a St. Patrick's Day post of mine without a drink recipe and this one has two! 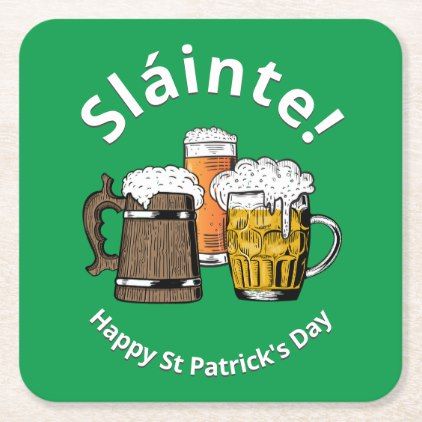 *Those of my readers who have been with me for long enough might have guessed that, as I once wrote "My father went to Judge Memorial High School in Salt Lake City, which was the only Catholic High School in Utah at the time." He was the Irishman in my family tree. My mom's side was Scots-Irish, English, and German.
Posted by Pinku-Sensei at 11:16 AM