SciShow on pi and It's Okay To Be Smart on phi, the golden ratio, for Pi Day and International Day of Mathematics

Happy Pi Day! Since today is also the International Day of Mathematics, I'm going to focus on the math of pi instead of pie puns. I begin with SciShow's 3 Ways Pi Can Explain Practically Everything from 2015. I'm surprised I hadn't watched it before or used it for this blog.

What’s irrational and never ends? Pi! Hank explains how we need pi to explain some of the most basic but most important principles of the universe, in honor of Pi Day.

In addition to being entertained, I learned something new about how Einstein, whose birthday is today as Hank mentioned, used pi. It's always a good day when I learn something new, even though SciShow couldn't resist making a pie pun with the video's preview image.

Pi is not the only famous irrational number. So is phi, the golden ratio. In honor of the International Day of Mathematics, I'm sharing It's Okay To Be Smart asking The Golden Ratio: Is It Myth or Math?

The golden ratio. Some say it’s the most mythical number in the universe. Others say it underlies everything from nature’s patterns to beauty in art and design. But, like, what is it? And does the myth of the golden ratio hold up to its mathematical reality? Let’s find out...

The answer is that it's both. On the math and science side, I especially enjoyed Joe Hanson demonstrating the relationship between phi and the Fibonacci sequence and how both appear in plants. It makes up for debunking the chambered nautilus as an example of the myth of the golden ratio. Since I'm a malacologist, a scientist who studies mollusks, as well as a paleontologist who researched both fossil mollusks as well as fossil plants, I appreciated both. I hope my readers do, too.

That's it for Pi Day. Beware the Ides of March! 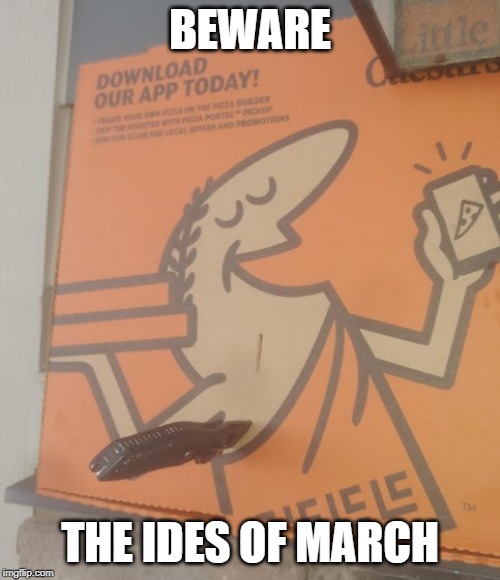