Time and CNN explain Holi, the Festival of Colors

Happy Holi! This year, I'm letting Time Magazine explain the holiday in Happy Holi 2018: What You Should Know About The Colorful Spring Festival.

Happy Holi! Also known as the “festival of colors,” Holi is primarily observed in South Asia but has spread across the world in celebration of love and the changing of the seasons. Rooted in Hindu mythology, Holi also celebrates the triumph of good over evil — symbolism that correlates with the passing of winter.
...
The Holi Festival’s history stems from the legend of a female demon and her brother, who believed was the ruler of the universe, according to CNN. His son, however, followed Vishnu, the protector of the universe, turning his back on the demon. The demon siblings plotted to kill the sun, but failed and died after Vishnu protected the son, who in turn became the king.

The Holi Festival of Colors is an annual Hindu tradition. KTSU takes us inside the festivities.

Next year, I will be celebrating Holi and Purim on either side of St. Patrick's Day. Late March 2022 will be even more crowded with holidays than usual. By then, maybe Inside Edition will have a video about Holi. Stay tuned and, once again, happy Holi! 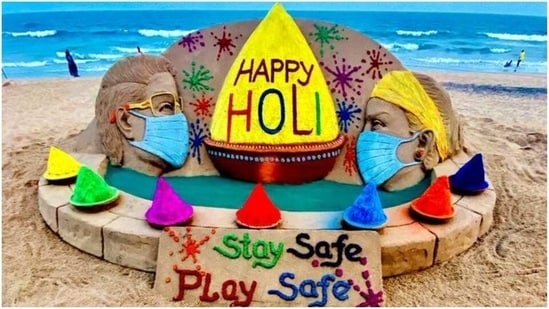