In the most recent driving update, I bemoaned my not walking to the store, increasing my miles driven.


I'm still not recovered enough from surgery to walk to the nearest grocery store.  Maybe next month both the weather and my body will cooperate with walking more.

Today, both the weather and my body cooperated, so I walked to the nearest grocery store and back with full shopping bags for the first time this year.  I'm still not 100%, but at least I'm functional.

I also mentioned that the most recent driving data was also not yet available.


This month's data will not be posted until Tuesday or Wednesday, just in time for me to use it in my geology lecture on energy and mineral resources.

It was ready sooner than I expected, as Bill McBride posted DOT: Vehicle Miles Driven decreased 1.4% in February on Monday.

Looks like my increased driving from last year was swamped by everyone else driving less. 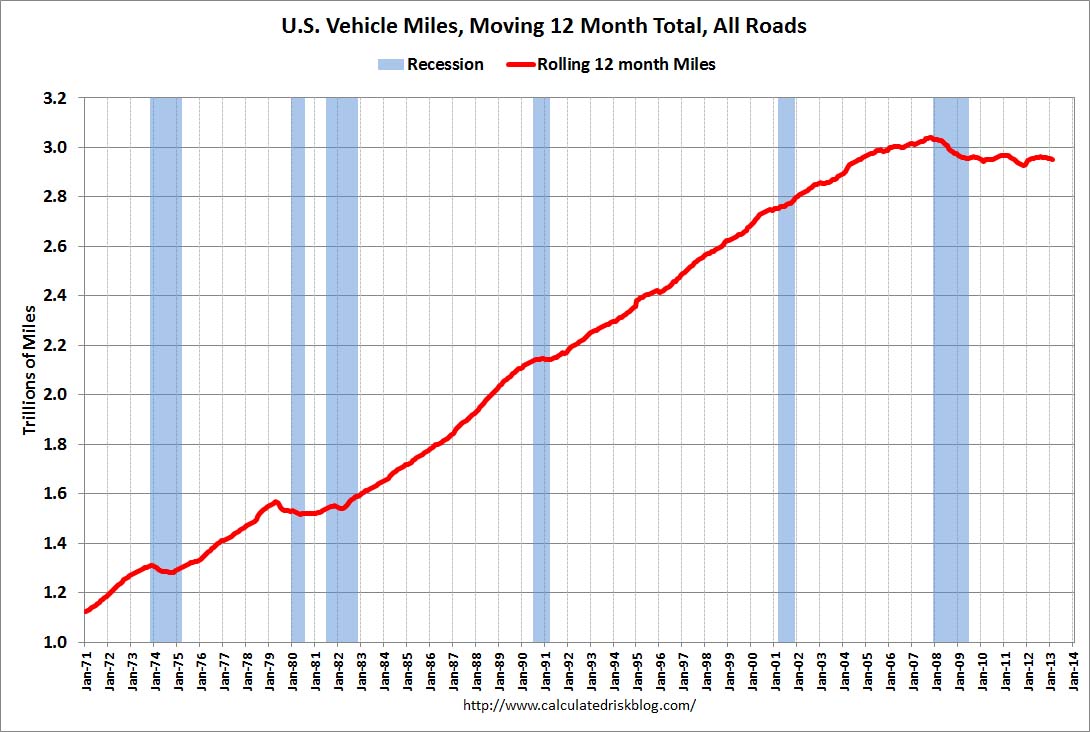 McBride also linked to Brad Plumer at the Washington Post, who posted the following graph.

I've posted earlier versions of this graph twice before.  Both times I remarked about how it mimicked the classic Peak Oil graph, right down to the expected timing, and asked "Peak Driving, anyone?"  The resemblance has, if anything, become more striking.
Posted by Pinku-Sensei at 9:30 PM