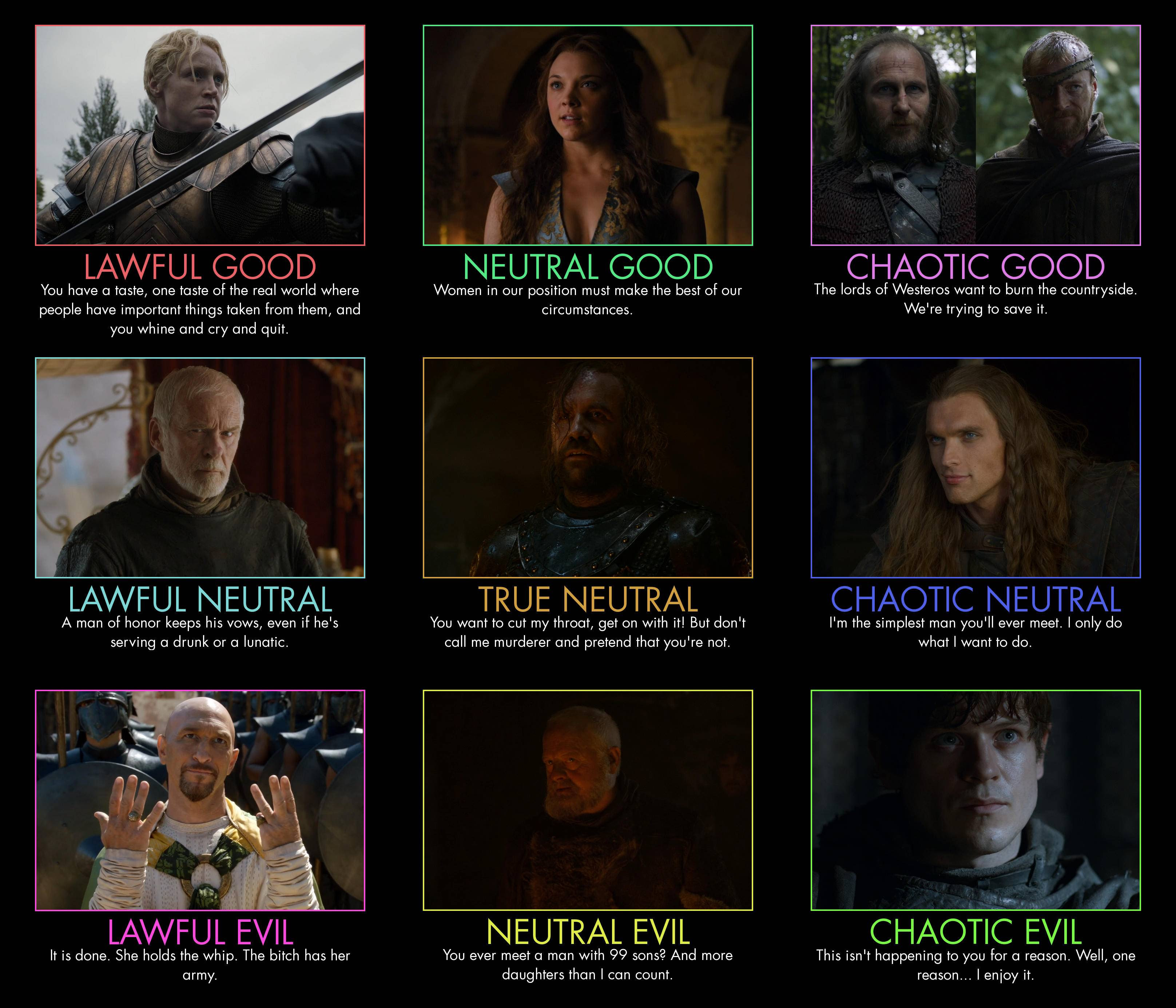 One of those themes is "Game of Thrones," which provided the most read entry of the second year of the blog.  The comments to that entry led to a follow-up, Game of Thrones D&D character alignment charts posted April 6, 2014, which became the second most read entry during the fourth year of the blog.  It earned 1479 page views almost entirely from web search and being linked to from other blogs--no promotion at the usual places from me!

Follow over the jump for the other popular entry based on the HBO fantasy series.

The fourth most read entry posted during the fourth year of this blog was Game of Thrones--names, geology, and security theater posted on April 27, 2014, which earned 753 page views according to the raw counter and 695 according to the default counter.  The entry was on the all time top ten from the day it was posted until a week before the end of January, 2015, when it fell out.  I told the story of its rise in the footnote to More suburbs should ride the SMART bus.


It's not the only one of my entries to benefit from being shared on the Coffee Party's Facebook page.  On April 27, 2014, I accidently shared Game of Thrones--names, geology, and security theater there instead of the Crazy Eddie's Motie News page.  The security theater part was on topic, but the rest wasn't.  I discovered my error within a couple of hours and deleted the link from the Coffee Party page before resposting to this blog's page.  Just the same, it got hundreds of page views, enough to put on the all-time top ten list.  It's currently in 10th place on the all-time list with 695 (official) views.

Its fall came soon after, as I documented in Montly meta: top ten entries for February 2015.

I'll be a good environmentalist and recycle that passage in the next retrospective.  Stay tuned.

As I did with my  previous retrospective about "Game of Thrones," I close out this post with a cover of the title theme.  Take it away, Camille and Kennerly, The Harp Twins!