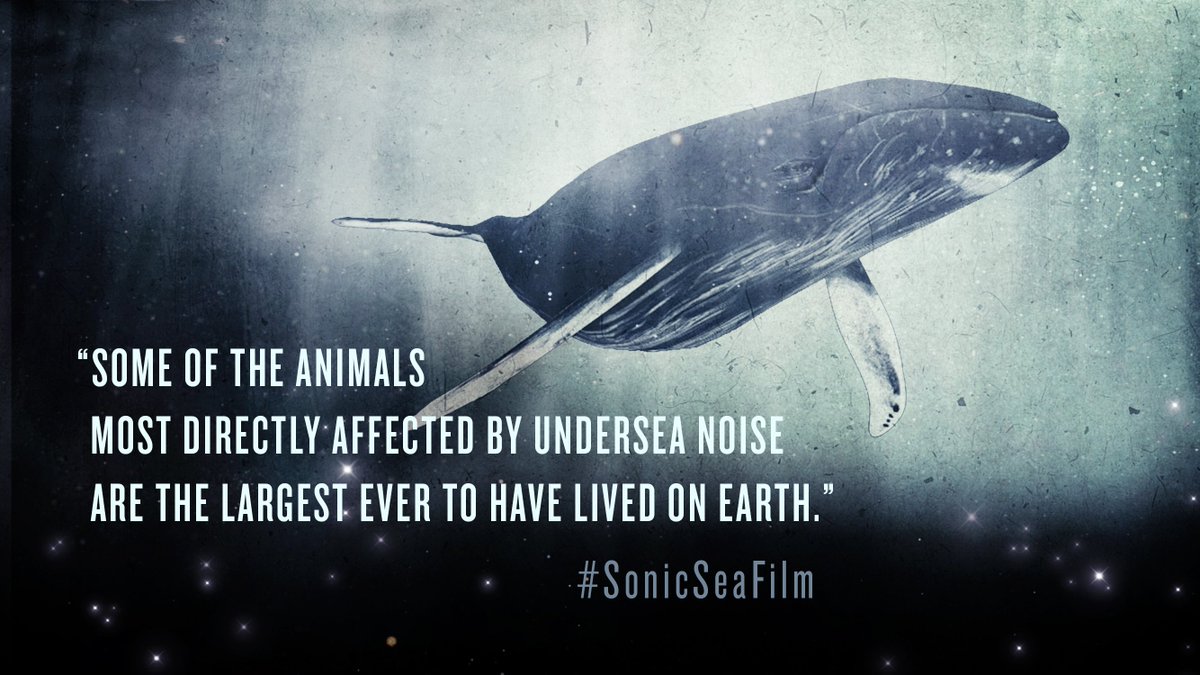 This year's nature documentary nominees were so well photographed that the 2017 News and Documentary Emmy Awards used them for a promotion.


Pretty and cool.  No wonder two of them were also nominated for Outstanding Cinematography: Documentary, a category I'll return to tomorrow.

As for the winner, it proved that I was right to give "Sonic Sea" its own entry.


The executive producer of the film stating that the Natural Resources Defense Council has sued the Trump Adminstration more than two dozen times this year over its destructive environmental policies -- and it's only October -- caught my attention.  I searched for "NRDC sues Trump" and immediately found these three headlines from the NRDC's website:

September 27: The Truth Behind Trump's Brazen Attempt to Kill the Clean Water Rule
The president's scheme is unlawful and reckless—and we're doing everything we can to stop it.
September 29: The Gloves Are Off
Trump is going after America’s most pristine wildland. Literally the “last best place” in the country. It’s a brazen move—and proof that no part of our natural heritage is safe from commercial exploitation these days.
October 4: Zinke’s Illegal Suspension of Methane Rules Will Not Stand
Interior Secretary Ryan Zinke’s illegal suspension of rules to cut methane pollution from drilling operations on public lands is the latest example of the Trump administration’s cavalier disregard for vital public health and environmental safeguards.

Update: in a rebuke for Secretary Zinke, late today the federal court in San Francisco overturned the BLM’s first stay of the methane rule, and ordered the rule back into full effect.

All three of these were only from the past two weeks.  I don't need to search any more to be persuaded that NRDC has sued the Trump Adminstration at least 25 times this year.

Follow over the jump for the presentation and acceptance of  the other award "Sonic Sea" won.


This acceptance speech focused much more on the sound than the fury of the NRDC vs. the Trump Adminstration.  It reminded me of the exchange Infidel 753 and I had in the comments to 'Sonic Sea,' a triple nominee, and its competitors.

[Infidel 753:]  I had heard of this problem of human-generated noise causing trouble for cetaceans. I guess from their point of view, humans are like the asshole neighbor upstairs who never turns their music down.

[Me:] I've been hearing and reading about this for decades. It was part of the background for Sperm Whales in the Ringworld game, which was published in 1984, 33 years ago. [In the game,] A U.S. Navy sonar test during the early 21st Century deafened them, leading to their extinction. As for us being their noisy upstairs neighbors, I think that's apt.

My readers should have known I would work a Known Space reference into my response.

I also noted that "If the show wins any of the three awards, I'll go back and leave another comment."  Here it is.

The awards were given out last night and "Sonic Sea" won Outstanding Nature Documentary and Outstanding Music and Sound. Congratulations to the Natural Resources Defense Council, Imaginary Forces, the Discovery Channel, and all the rest involved in the making of the film. May the film's critical success lead to an impact in the real world.

In particular, I'm hoping that "Sonic Sea" have as much influence as "Blackfish," which was snubbed by the Oscars (and Emmys, too), but led to SeaWorld phasing out orca shows and orca breeding.  It would be a shame that "Sonic Sea" wins awards, but does not lead to action.

I conclude today's celebration of an environmental film that I will recommend to my students for extra credit with the television trailer for "Sonic Sea" from Discovery Channel.

Sonic Sea travels beneath the ocean's surface to uncover the damaging consequences of increased ocean noise pollution and what can be done to stop it.
...
Everywhere on Earth we can hear the songs of life. From small insects to the largest animals on the planet, our world is made up of the sounds of these creatures living and communicating with one another. This is even more apparent deep down in the darkness of the sea, where whales and other marine life depend on sound to mate, find food, migrate, raise their young and defend against predators. Yet, their symphony of life is being disrupted by the industrialized noise that has become commonplace in our oceans today - with tragic and deadly costs.

I plan on posting more about the other winners in science, nature, health, and the environment tomorrow and next week, continuing with the winner of Outstanding Cinematography: Documentary.  Stay tuned.