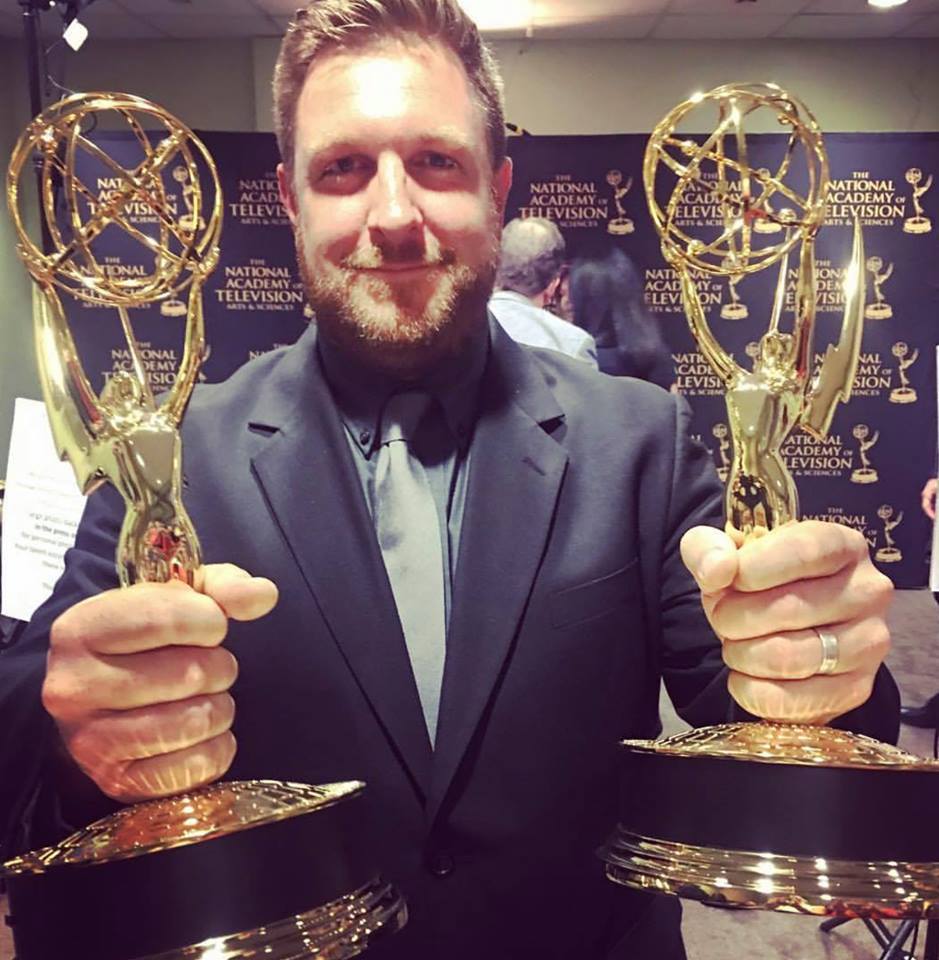 I concluded 'The End of AIDS?' wins Outstanding Science, Medical and Environmental Report with "Next up, Ebola and 'Body Team 12.'"  From one pandemic to the next.


I found the story about how the film had plenty of time to be edited because its director/producer was in Ebola quarantine darkly funny, just like the audience.

Next, Kay presented the statue for Outstanding Short Documentary.


I guess there was only one clip of each nominee to show.

I'm pleasantly surprised that "Body Team 12" won.  I thought "A Girl in the River: The Price of Forgiveness" would be the more likely victor with "Extremis" the next most likely winner.  That written, I think it fully deserved both honors.

Before I finish, I'm sharing this interview from the Today Show, Olivia Wilde Talks Ebola-Focused Film ‘Body Team 12’, that includes more clips from the documentary.

Olivia Wilde, David Darg, and Bryn Mooser join TODAY to talk about producing “Body Team 12,” a new documentary about the impact of the Ebola virus in Liberia.

Congratulations to all involved in documenting the work to stop Ebola.  "Body Team 12" can now join Emmy winner 'Outbreak' from Frontline on PBS as worthy examinations of the disease I call "The Red Death."

I'll continue my series on the News and Documentary Emmy winners after I celebrate Friday the 13th.  Stay tuned!
Posted by Pinku-Sensei at 12:00 AM