Toast the 'Drum Corpse Bride' for a drum corps Halloween 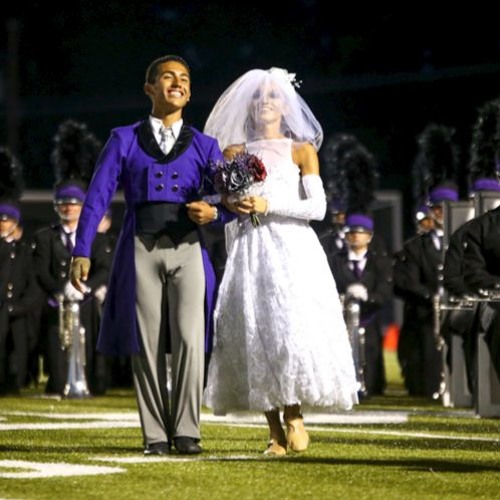 Happy Halloween!  Last year, I asked my readers there "which angle I should use for Halloween, drinks or drum corps."  They unanimously voted for drinks.  This year, I didn't bother to ask and decided to do both.  So in the spirt of Drink to a late drum corps Earth Day, I present a post about booze and bugles.

This year's featured corps is The Academy, which made DCI Finals in 2016 with "Drum Corpse Bride."*

For more of the show, here's a high camera smartphone video: The Academy 2016 Semifinals Highlights.

Took some footage from The Academy's semifinals run and put it together! The Academy is a drum and bugle corps based out of Tempe, Arizona. They are presenting their show "Drum Corps Bride". The Academy advanced to Finals for the first time in the corps history with a score of 87.225. For more information about The Academy or information on how to audition you can find it on their website here: https://arizonaacademy.org/programs/t... Most of the footage is focused on the guard. I was mainly trying to record my girlfriend who is part of the guard so some other moments might have been missed.

Follow over the jump for Halloween drinks from Tipsy Bartender to toast the bride and groom. The first drink is Hocus Pocus.

My readers can also pair this up with "I Put a Spell on You" in Broken Peach: Singing Spanish goths and witches for Halloween, which is from the movie "Hocus Pocus."

For an even more macabre drink, I suggest The Bone Collector.

As a scientist, I like the idea of Test Tube Shots.

Dry ice seems to be the Halloween theme this year.  It beats zombie drinks and bloody eyeballs!

With that, this party is over.  Enjoy what's left of Halloween and stay tuned for the first post of next month, which will be coming in a few hours.

*I mentioned this show in The Archdruid and I talk drum corps.

Pinku-Sensei, how fascinating. I know precisely nothing about drum and bugle corps (corpses? How do you pluralize that?) as an art form, and it's intriguing to learn that the same patterns play out there, too.

That was the most postive thing I wrote about drum corps the entire post.  I'm not surprised I was inspired enough by the show to use it again.
Posted by Pinku-Sensei at 8:00 PM