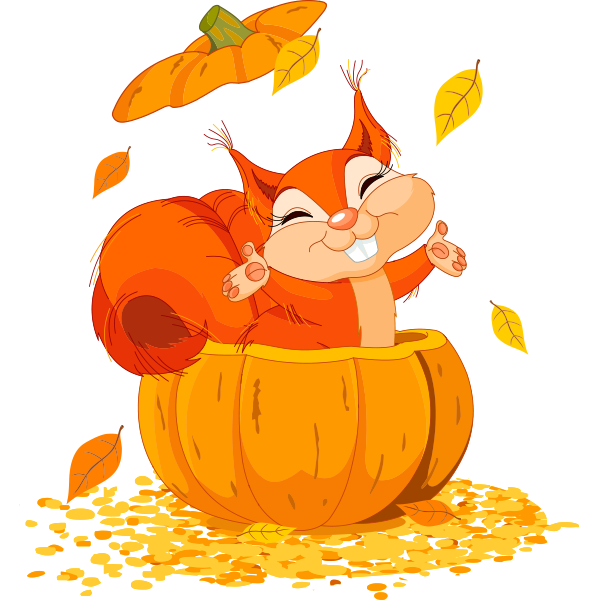 Happy Wester!*  For my readers who don't yet know the story of Wester, I'm quoting For Winter Solstice 2016, the Archdruid and I discuss Discordianism and fake holidays.

[Me:] Oh, I'm familiar with Discordianism.  I'm single-handedly keeping alive a fake holiday called Wester, which is the first Sunday following the first Full Moon after the Autumnal Equinox.  When I first posted about it, my Discordian friend claimed it for Discordianism.  As far as I'm concerned, it's still a Discordian holiday.
...
[Greer:] Pinku-Sensei, yes, I thought I remembered you were a closet Discordian. Wester is funny; presumably that was the day that some messiah or other descended from the living?
...
[Me:] I agree, Wester is funny.  As for an anointed one descending from the living, sorry, that wasn't part of the Wester story that I heard.  However, the holiday has its own animal mascot, the Wester Squirrel, which goes around and gathers goodies to hide instead of hiding goodies to pass out like the Easter Bunny.

The coversation led to Greer suggesting Norther and Souther with lemming and wombat mascots respectively, suggestions I followed through on -- but that's not the subject of today's post.**  Instead, since I've been featuring the best in last year's nature films and TV shows, I'm continuing on with funny clips of squirrels from nature shows.  I begin with Squirrel Uses 'Walking Dead' Move to Hide from Snakes from Nature on PBS.

Has this squirrel species been watching "The Walking Dead"?
...
In the popular TV series "The Walking Dead" humans can hide from zombies by covering themselves in zombie guts, masking their scent. The California ground squirrel (Otospermophilus beecheyi) uses a similar tactic to hide from a major predator, the rattlesnake, which relies on smell to track down its prey.

Last year, I celebrated Wester with an image of a zombie squirrel.  This year, it's only fitting I post a video of a squirrel using an anti-zombie snake defense.

Since the Wester squirrel takes treats away and hides them, it's also only fitting that I share Squirrel steals a fake nut - Spy in the Wild: Episode 2 Preview - BBC One.

A squirrel uses his intelligence to outwit a nut thief by pretending he's burying a nut.

Serves that squirrel right.  That reminds me, it's time for a Wester blessing.  May the Wester Squirrel not steal anything from you and hide it!

*In the first Happy Wester post here, I passed along the observation that Wester usually falls during the Jewish festival of Sukkot or The Feast of Tabernacles.  This is true this year and my wife and I have been invited to a sukkuh decorating party.  I've never been to one, despite growing up in a Jewish neighborhood.  I've been told it will be fun.