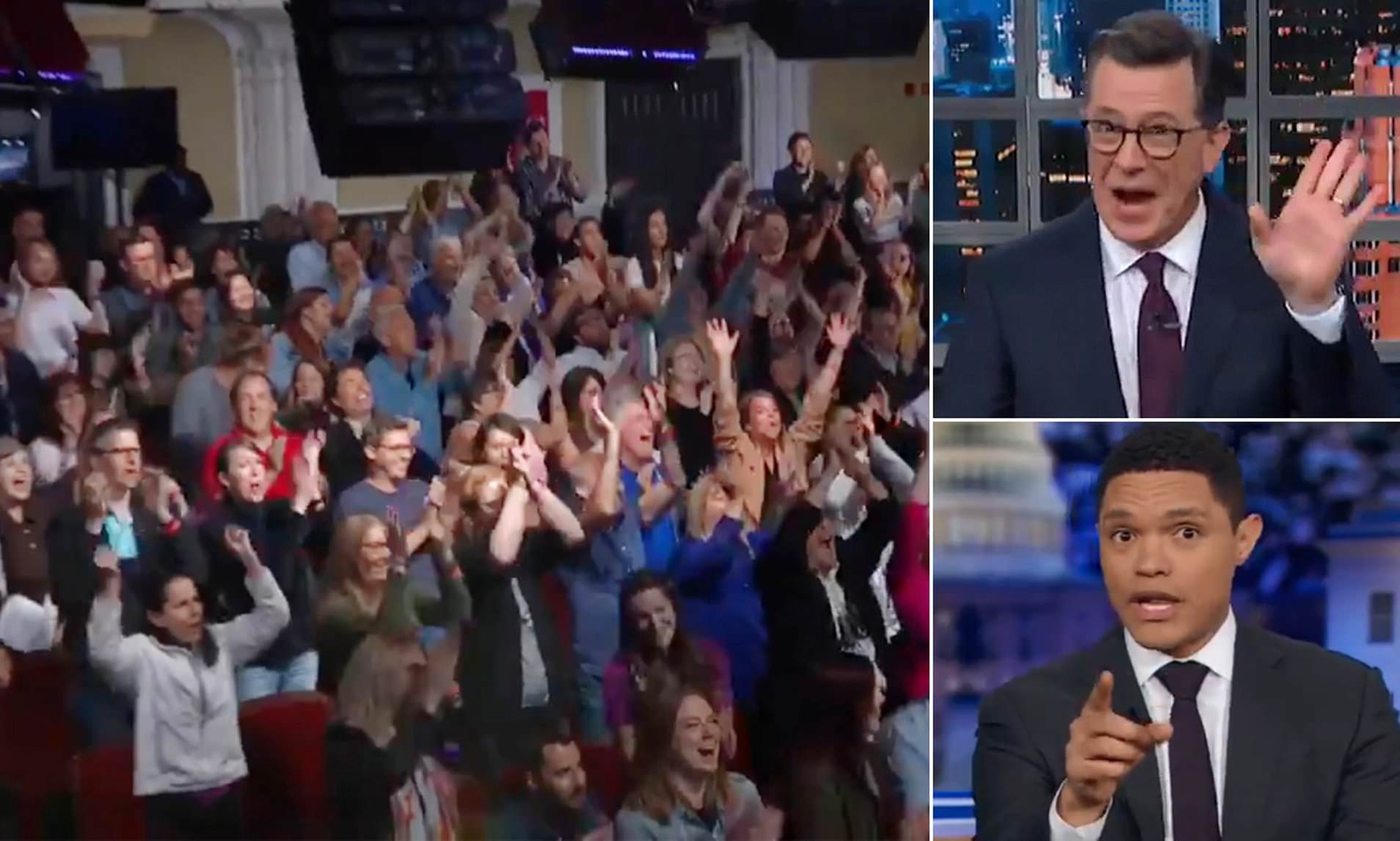 I concluded Slotkin and Stevens join calls for impeachment inquiry by typing "Now more Americans will be watching news about the inquiry than watching "Chernobyl" on HBO Go or Amazon Channels.  I'll probably be one of them."  I then watched three monologues and a cold open about the news.  In the first monologue, Stephen Colbert tells his audience Buckle Up America: Pelosi Moving Forward With Trump Impeachment Inquiry.

Good thing the studio audience didn't buckle up.  Otherwise, they wouldn't have been able to give Nancy Pelosi a 40-second standing ovation for announcing the inquiry.

While Colbert's audience had the best reaction, Trevor Noah had the better explanation in Trump Pressures Ukraine to Investigate Biden & Impeachment Looms.

Nancy Pelosi announces a formal impeachment inquiry into Donald Trump after a whistleblower complaint alleged the president pressured Ukraine to dig up dirt on Joe Biden and his son Hunter.

As promised, Noah's monologue the next day examined the memorandum of the call in Trump’s Ukraine Call Released.

As FiveThirtyEight wrote about the memo (it's not really a transcript), If This Is Trump’s Best Case, The Ukraine Scandal Is Looking Really Bad For Him.  Also, the real thing as almost a bad and as funny as The Late Show with Stephen Colbert's fantasy of it, Trump's Call With Ukraine Leader Sounds A Lot Like Blackmail.

It sounds like blackmail, but it's more likely to be extortion.  Either one is a crime.

I have one more humorous post about the scandal planned for tomorrow.  Stay tuned.
Posted by Pinku-Sensei at 7:23 AM