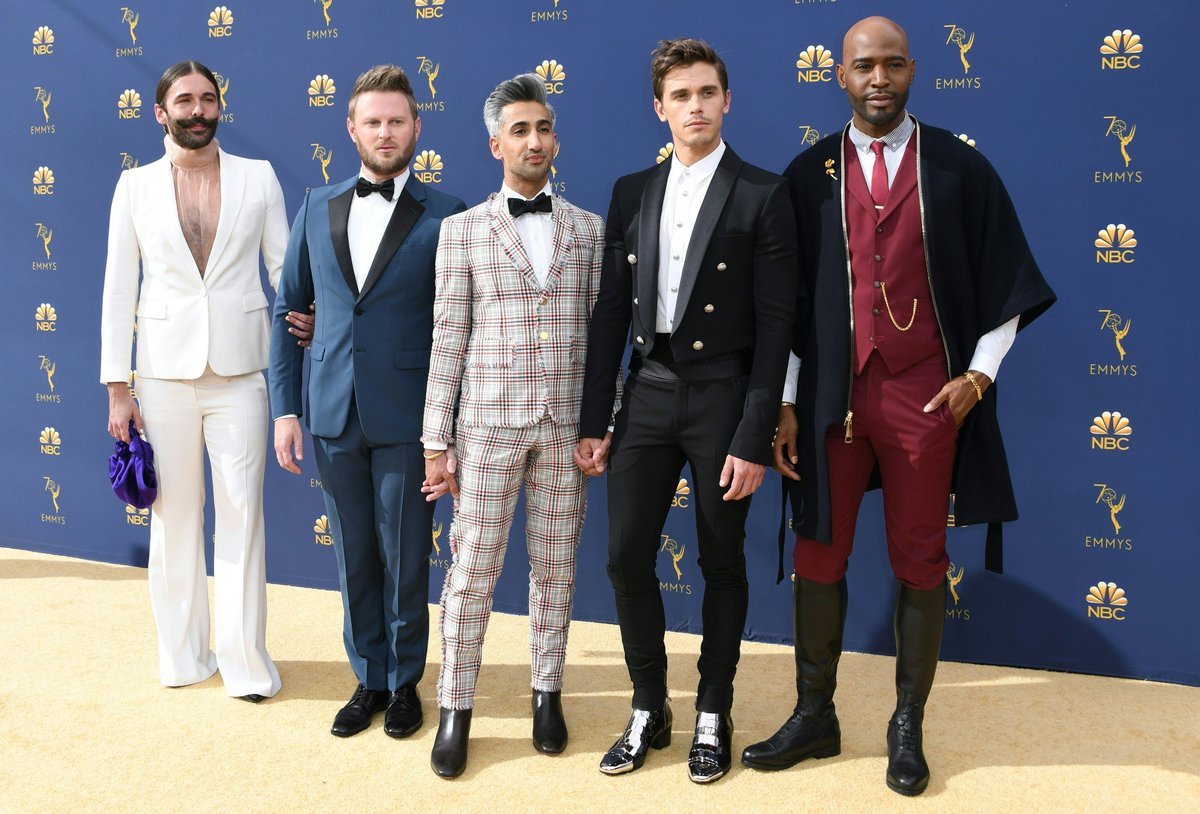 I put my ambivalence on display at the end of 'Anthony Bourdain: Parts Unknown' and 'United Shades of America with W. Kamau Bell' both win two Emmy Awards each.


If I continue on as I have, my next logical post will be about the awards won by "Queer Eye."  Stay tuned to see if I follow through.

It's the path of least resistance, so I'm following it.  Here are the Emmy Awards for "Queer Eye."

Diversity may be less featured among the structured reality show nominees, but it still plays a role, with "Queer Eye" and "Tidying Up with Marie Kondo" having diverse hosts and "Diners, Drive-Ins and Dives" and "Who Do You Think You Are?" showcasing a variety of diverse guests.  The latter also features science and history, so it would be the one I'd recommend for its educational value (as I would "Antiques Roadshow").  In contrast, "Diners, Drive-Ins and Dives" is my go-to guilty pleasure.  I watched a marathon of it in the hospital as I recovered from my surgery for prostate cancer and I used a clip from the show here six years ago.  "Queer Eye" is the returning winner, but I'm not confident about its ability to repeat despite being nominated in six categories and winning Outstanding Achievement in Reality Programming at the Television Critics Association Awards.  I suspect "Tidying Up with Marie Kondo" could pull off an upset.  It has more buzz even though it has only two nominations, fewer than "Shark Tank" with three.

Fortunately for "Queer Eye," I was wrong to be worried, as it repeated in this category.  It really was the favorite!

Once again, I was wrong.  "Queer Eye" did pull off the upset over "RuPaul's Drag Race."  Congratulations!

Outstanding Picture Editing for a Structured Reality or Competition Program

"Queer Eye" repeated, so it justified my calling the show the favorite in this category.

"Queer Eye" repeated its win here, so I was right to call it one of the favorites.

Finally, congratulations to Netflix and "Queer Eye" not only for being a fun show that helps people be more fashionable, but also being an example of diversity, inclusion, and acceptance.  Keep up the good work!

I'm going to skip over blogging about the Emmy Awards won so far for "RuPaul's Drag Race," "Last Week Tonight with John Oliver," and "Saturday Night Live" for now, as they are still contending for awards at the Primetime Emmy Awards.  Instead, I plan on looking ahead to the nominations for television movies and limited series.  Stay tuned.