Vox explains the yield curve, 'the chart that predicts recessions' 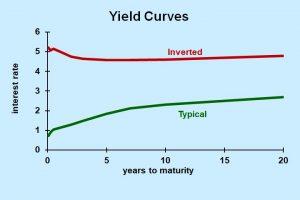 A chart called the "yield curve" has predicted every US recession over the last 50 years. Now it might be predicting another one.
...
Economic experts are starting to warn that a US recession is becoming more likely because of something called the "yield curve." So what's the yield curve? What does it show? And why is it bad if it "inverts?" We visualized the yield curve over the past four decades, to show why it's so good at predicting recessions, and what it actually means when the curve changes.

Along with the article that inspired the video, that's the best explanation of both how and why the yield curve inverts, using both expectations of economic performance and supply and demand.  The only thing missing is how an inverted yield curve works to dry up credit, as there is less incentive for long-term lending.  This is how an effect can contribute to the cause, creating something of a self-fulfilling prophesy.

Finally, I'm going to repeat what I quoted the last time I wrote about the inverted yield curve.