'Hostile Planet' vs. 'Our Planet' — Nature and science nominees at the Creative Arts Emmy Awards for National Wildlife Day

The two nature series, Nat Geo's "Hostile Planet" and Netflix's "Our Planet," are competing head to head in this category.  "Our Planet" has far more nominations, 10, to only 3 for "Hostile Planet," which is contending with the Netflix series in every category it's nominated.  The other three nominees only have the one nomination in this category.  Based on the number of nominations, I think "Our Planet" is the clear favorite, although "American Masters" has been nominated nearly every year since this category began 21 years ago and is the only returning nominee from last year.

Here are the trailers for each series.  First, Hostile Planet Trailer.

The song is "Madness" by Ruelle.

Share the wonder of the extraordinary place we call home. Utilizing the latest technology Our Planet was filmed entirely in Ultra High Definition in over 50 countries. From exotic jungles to the deepest seas, open your eyes to the connections we all share. Narrated by Sir David Attenborough.

I can see why this series earned three nominations for Outstanding Cinematography for Nonfiction Programming.  I can also see why this trailer earned a Golden Trailer Award nomination for Best Documentary (TV Spot/Trailer/Teaser for a series).

Follow over the jump for the rest of the nominations for "Our Planet," "Hostile Planet," and three interactive programs about space. 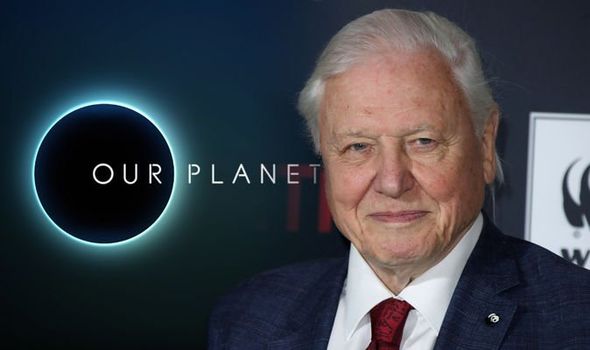 Sir David Attenborough won this last year for "Blue Planet II," so he's the nominal favorite.  Among the other nominees, both Angela Bassett and Liev Schreiber are well-known actors, so I think they would have a chance with the Emmy electorate.  Between the two, I'd give the edge to Bassett.

While these are the only nominations for the other shows besides "Our Planet" at the Creative Arts Emmy Awards, "The Flood" has a nomination at the News & Documentary Emmy Awards for Outstanding Cinematography: Documentary, so Nat Geo Wild can claim that the show has two Emmy nominations, just not at the same show.

Unlike two years ago, when I had a good idea about at least a couple of the nominees, I made no predictions about this year's themes, although I really enjoyed the one from "Good Omens."  I also enjoyed the music video for "Our Planet" and will embed it at the end of the entry.  As for which I think will win, I suspect it will be Nicholas Britell for "Succession."

"Anthony Bourdain: Parts Unknown" won this award last year, so I think it's the nominal favorite.  Also, there are two nominees about entertainment, "Fyre Fraud" and "Wu-Tang Clan: Of Mics and Men," which gives them a leg up, although not as much as if they were about movies or television instead of music.  Still, this is a category in which both nature series have nominations, which attests to their quality.

Here's the first of two categories with a nominee that's about space and science, not nature.  I really think NASA and SpaceX should just be happy to be nominated, as "Last Week Tonight With John Oliver" won this award last year and is my pick to repeat.

Next, a category with nominees about both space and nature.

I'm more optimistic about NASA winning this category, as "NASA JPL: Cassini's Grand Finale" won this award last year.  Joining NASA InSight's Mars Landing is "First Man VR," an interactive movie experience of the Oscar-winning movie and "You vs. Wild," which, like "Hostile Planet," also features Bear Grylls.  While I'm rooting for NASA, I wouldn't be surprised if "You vs. Wild" wins.

Now for the rest of the nominations for "Our Planet" and "Hostile Planet" that I wrote about in 'RBG' vs. 'Free Solo' and other Oscar nominees at the Creative Arts Emmy Awards.

On the other hand, if the voters can settle on one nominated episode of "Our Planet" out of the three nominated, it has a real shot at winning.  Speaking of nature cinematography, Variety has a very informative article on the topic that references both "Hostile Planet" and "Our Planet.  I highly recommend it.

I haven't changed my mind on this category.  Even so, I'm embedding another video featuring Stephen Price's music at the end of this entry to represent the nomination for his music in "Our Planet."

I can understand why the "Frozen Worlds" episode earned a nomination; the sounds are awesome, particularly of icebergs calving off polar glaciers.

To conclude this entry, I'm sharing two videos featuring music from "Our Planet."  First, Our Planet | Ellie Goulding & Steven Price - In This Together | Music Video | Netflix.

Share the wonder of the extraordinary place we call home. From exotic jungles to the deepest seas, open your eyes to the connections we all share. Narrated by Sir David Attenborough.

Next, This Is Our Planet (From "Our Planet").