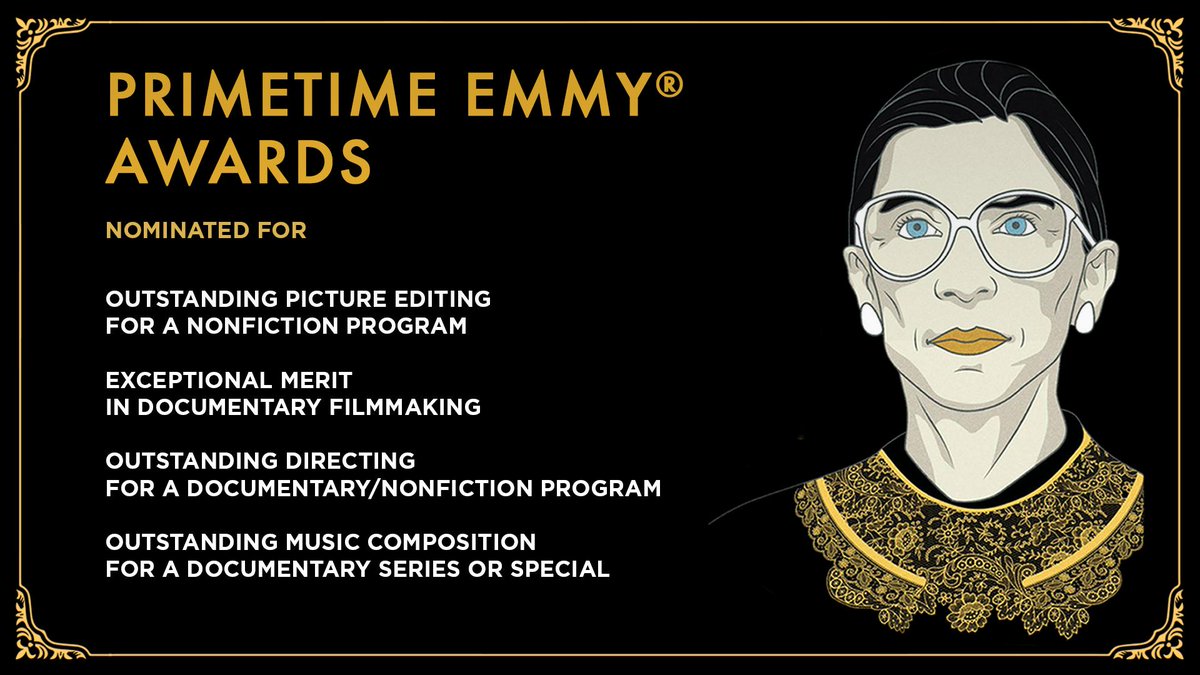 Two movies about the justice system shared the first award I covered when the month began, "RBG" and "The Sentence."

Two Oscar nominees, "RBG" and "Hale County This Morning, This Evening," appear among the nominees, along with two 2018 Critics' Choice Documentary Awards nominees, "Three Identical Strangers," a notable Oscar snub that I hoped would get a second chance at the Emmy Awards, and "The Sentence."  It should come as no surprise that I'm rooting for "RGB," which I think is the favorite because it also has the most nominations of any entry in this category, four, as well as a winner of two Golden Coffee Cups.  I consider "Three Identical Strangers" to be its main competition with a total of three nominations.

The spoiler may not be "Hale County This Morning, This Evening," the other Oscar nominee, but "Divide and Conquer: The Story of Roger Ailes."  The voters are television professionals and this movie is about television, so it holds an inherent advantage over the other nominees with only one nomination, "Hale County This Morning, This Evening" and "The Sentence," and could conceivably sneak past the favorites if their votes end up being split evenly.

I got my wish, as "RBG" took home an Emmy.  I also got as much pleasure as I could about being wrong, as "The Sentence," the other documentary about government, was the one who snuck into the winner's circle, not ""Divide and Conquer: The Story of Roger Ailes."  I'm glad being cynical, both about our political system as well as the voting preferences of the Emmy electorate, didn't pay off.  Congratulations to both winners! 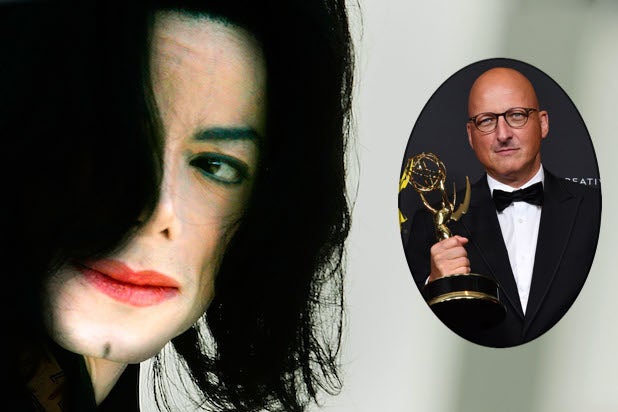 Next, the category with one Oscar nominee, "Minding The Gap," which I knew would be nominated, as it streamed on Hulu.

While it is an Oscar nominee, "Minding The Gap" probably does not have the inside track to win this category.  Instead, I think that distinction belongs to the four entertainment documentaries.  Based on the number of nominations, HBO's "Leaving Neverland" would be the favorite with five nominations, followed by the Netflix documentary "FYRE: The Greatest Party That Never Happened" with four, "Love, Gilda" with two, and "Jane Fonda in Five Acts" with only the one nomination in this category.  If all things were equal, I would handicap the contest accordingly.  That would be supported by it winning Outstanding Achievement in News and Information at the Television Critics Association Awards.  However, all things are not equal.

As I already noted, the Emmy electorate consists of television creative professionals who will prefer a television subject.  The two most nominated entries are about music and Jane Fonda is primarily a movie actress, but Gilda Ratner was a television star and a beloved dead celebrity to boot.  That combination powered "The Zen Diaries of Gary Shandling" to win this category last year and I think it might do the same for "Love, Gilda" over "Leaving Neverland" and "FYRE: The Greatest Party That Never Happened."  As I've written before, "Never underestimate the power of Hollywood voting for a good film or show about itself."  "Leaving Neverland" may have to wait for the Grammy Awards to have a better shot of winning.

I overthought this category, as "Leaving Neverland" won.  I guess it qualified as "Hollywood voting for a good film or show about itself," even if it wasn't a flattering portrayal.  Again, I'm glad to be wrong.  Congratulations and good luck at the Grammy Awards!

Much to my pleasant surprise, "Free Solo" swept every category in which it was nominated.  Follow over the jump for its awards. 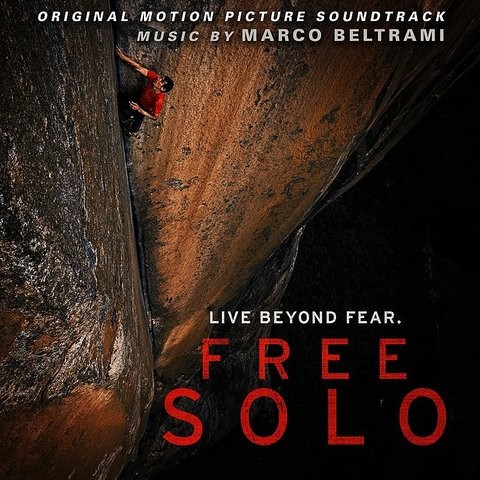 Now for the category with what I consider to be the best field of documentaries nominated for a single award.

Now, that's a field!  Every single nominee has multiple nominations.  Based on the number of nominations, "Free Solo" would be the favorite.  However, it's contending with two documentaries about entertainment, "Leaving Neverland" and "FYRE: The Greatest Party That Never Happened," as well as "RBG."  Based on the nomination below for cinematography, I think "Free Solo" is still the favorite, but it will be close.

As I expected, "Free Solo" won.

While "Anthony Bourdain: Parts Unknown" took home two trophies last night, it didn't win this one.  Instead, "Free Solo" did.

Outstanding Creative Achievement in Interactive Media within an Unscripted Program

I don't know how to handicap this category, so I'll have to go with my gut, which tells me to pick "The Late Late Show Carpool Karaoke Primetime Special 2019."  I've learned not to dismiss James Corden.

I was completely wrong about this, not even mentioning "Free Solo" as a possibility.  Instead, Brandon Roberts and Marco Beltrami won this award.  I will embed a selection from the soundtrack at the end as penance.

"Anthony Bourdain: Parts Unknown" won this category last year, so it's the nominal favorite.  However, it's up against very stiff competition.  I'm rooting for "RBG," but I'm not very hopeful.

I was right not to hope for "RBG."  However, I would have also lost a bet on "Anthony Bourdain: Parts Unknown" took home this award as well.

My head was at least half right, as "Free Solo" won this category.

Congratulations to "Free Solo!"  Of all the Oscar nominees nominated for Emmy Awards, it was the most successful.  I'm sure it helped that the documentary also won an Oscar.  Now to see if that helps Olivia Colman and Mahershala Ali, both also Oscar winners, at next week's Primetime Emmy Awards.

As I promised, I am embedding music from "Free Solo."  I open, as does the movie itself, with Main Title & Yosemite Valley.


I close with the song that plays over the end credits, Gravity by Ted McGraw.


Stay tuned for more of the winners from yesterday and tonight as well as the nominees at next week's awards, both the Primetime and News & Documentary Emmy Awards.