Music for a scandal, the Great Gate of Kiev 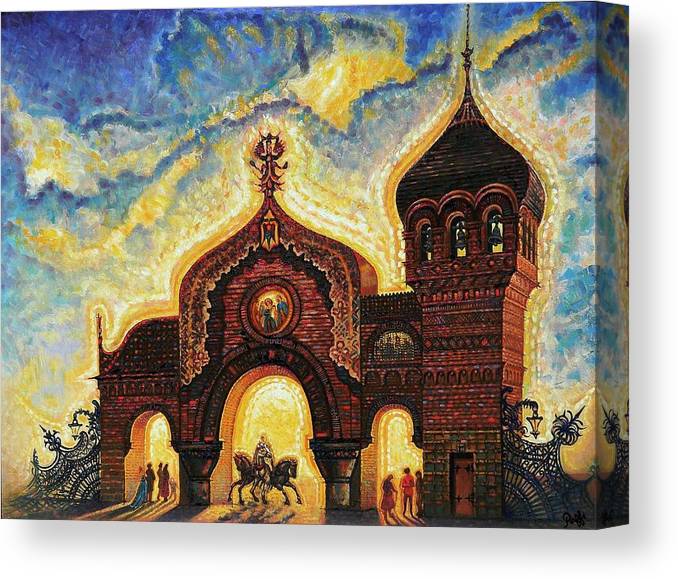 "I have one more humorous post about the scandal planned for tomorrow.  Stay tuned."  That's how I ended Colbert and Noah explain Pelosi's announcement of the impeachment inquiry opening yesterday and that's how I begin today's post.

Ever since Watergate, Americans and others designated nearly every scanda by affixing -gate to its name.  The situation leading to the just announced impeachment inquiry could be called Ukrainegate, but there is a shorter and funnier name for it, KievGate.  A Google search for the term shows that the Italians are all over it already.  Why let them have all the fun?

Furthermore, the name has a ready-made piece of music for it, Modest Mussorgsky's "Great Gate of Kiev."

Douglas Gamley conducts his own orchestration of the finale from "Pictures at an Exhibition," with the New Symphony Orchestra, the Men's Chorus of the Ambrosian Singers, and the organ of Kingsway Hall, London. From the Readers Digest 10-LP set "Music for You," produced by Charles Gerhardt (published 1968).

Of course, my tastes in music dictate that I find a marching ensemble playing it.  I have just the version, 1987 Santa Clara Vanguard - Great Gate of Kiev.


Nice magic trick.  I hope Nancy Pelosi and the House of Representatives can pull off one just as stunning.
Posted by Pinku-Sensei at 12:00 AM