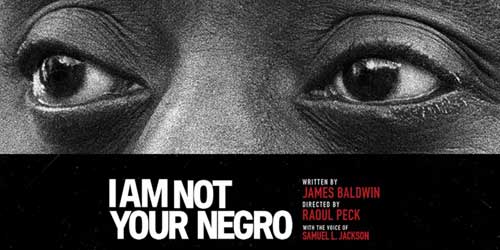 Independent Lens PBS
I Am Not Your Negro

As I wrote in 'The Facebook Dilemma' earns two Emmy nominations, "for Best Documentary...I think the Oscar-nominated 'I Am Not Your Negro' is the favorite."  The other nominee that I think has a chance is "Quest," which I listed in The most honored political documentaries of 2017 examine crime, injustice, and the Syrian Civil War.  I'll be a good environmentalist and recycle what I wrote about it then.


"Quest" probably displays the least injustice of the movies telling the stories of African-Americans, but it still puts their experience in a political context, as Vox notes.


But the portrait that sticks with me most from 2017 is found in Jonathan Olshefski’s film Quest, a documentary portrait of a North Philadelphia family shot over a decade. Quest is a cinéma vérité documentary portrait of the Rainey family, who operate a recording studio. But life (and movies) doesn’t always go as planned, and when tragedy hits the family, the documentary takes an unexpected turn. It is, by far, one of the most moving documentaries of the year, and vital viewing that somehow captures the past 10 years of the American experience — including life in the city as well as the broader political and social situation in America — better than either the Raineys or Olshefski could have ever imagined.

HBO Documentary Films HBO
It Will Be Chaos

The other nominees with two nominations are "Stolen Daughters: Kidnapped by Boko Haram," which is also nominated for Outstanding Music & Sound, and "Nowhere to Hide," whose other nomination is for Best Documentary.  On the basis of that second nomnination alone, I think "Nowhere to Hide" is favored in this category, but not for Best Documentary.  In the latter category, I think the Oscar-nominated "I Am Not Your Negro" is the favorite.  I'll examine the chances of "Stolen Daughters: Kidnapped by Boko Haram" for Outstanding Music & Sound when I examine either

"Dawnland," which has two nominations, or the nature documentary nominees, two of which are also nominated for their music.

Unfortunately, I won't get around to doing either, as the ceremony is tonight.  On the other hand, I plan on looking at the winners next month.

The final Oscar nominee is "Traffic Stop," nominated for Best Documentary Short Subject in 2018.  For the last time today, I am being a good environmentalist and recycling.


The other thing that struck me was how violent the clip from "Traffic Stop" appeared and how topical the subject was.  Variety had a concise summary explaining the violence.


“Traffic Stop” is lauded documentarian Kate Davis’ first short. (She previously won a Sundance Documentary Grand Jury prize for “Southern Comfort.”) An Austin, Texas, traffic stop leads to the brutalization of driver Breaion King, an African-American school teacher with no record. The short, which will air on HBO in early spring, tackles questions about racism, law enforcement and gender.

In the era of Black Lives Matter, which I've mentioned on this blog only once before, this is a very important film.  Given an electorate that looked like America and not like Hollywood, it might have won.

Here are its competition.

This is the only nomination for these short subjects, so I can't use that criterion to handicap the category.  I'll just say that I think "Traffic Stop" has a boost up because of its Oscar nomination.

Time to circle back to "I Am Not Your Negro" by listing its other nomination.

HBO Documentary Films HBO
The Price of Everything

Independent Lens PBS
I Am Not Your Negro

ReMastered: Who Shot The Sheriff Netflix

"I Am Not Your Negro" is the favorite, not only because it is an Oscar nominee, but because it is the only one with another nomination.

I conclude this entry with I Am Not Your Negro - Official Trailer.

In his new film, director Raoul Peck envisions the book James Baldwin never finished - a radical narration about race in America, using the writer's original words. He draws upon James Baldwin's notes on the lives and assassinations of Medgar Evers, Malcolm X, and Martin Luther King Jr. to explore and bring a fresh and radical perspective to the current racial narrative in America.

My readers can watch the News & Documentary Emmy Awards livestreamed at their YouTube channel during the evening of September 24, 2019.  Either that, or wait for me to post clips of the winners next month.  It's up to them.

I plan on taking a break from the Emmy Awards tomorrow when I write about National Voter Registration Day for Coffee Party USA.  Stay tuned.