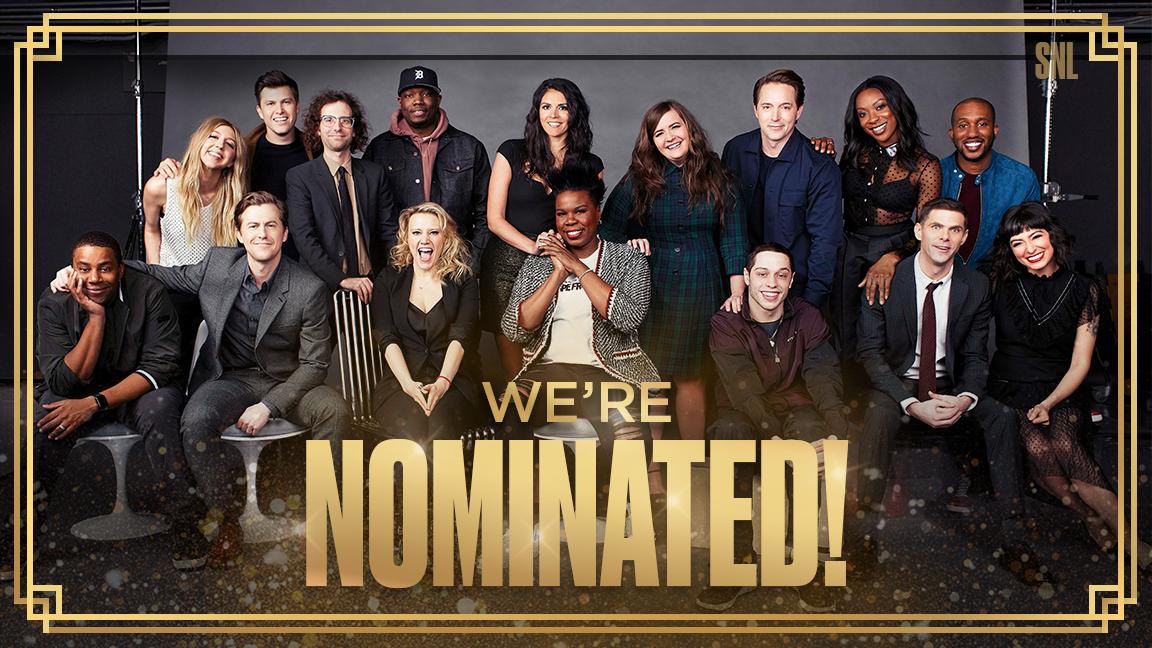 "Stay tuned," I told my readers at the end of 'Last Week Tonight with John Oliver' leads talk variety shows in Emmy Awards nominations yet again, as "I plan on blogging about the sketch variety series nominations [today], where SNL leads again."  In fact, it has 18 total nominations over three nights, the fourth highest at this year's ceremonies.

With that introduction out of the way, here are SNL's nominations at the Primetime Emmy Awards.

This field looks a lot like last year's, so I think the result will be the same; SNL will win. 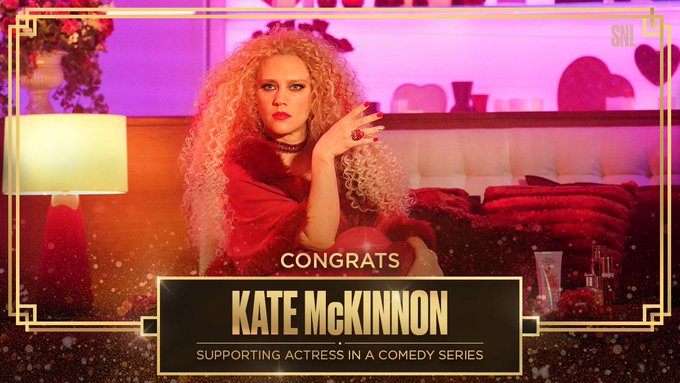 Alex Borstein won this award last year for "The Marvelous Mrs. Maisel," so I think she's the favorite.  However, I'm not as confident about that as I was last year because she's up against an Oscar winner in Olivia Colman who surprised me by winning for her role in "The Favourite."  In addition, the vote for "The Marvelous Mrs. Maisel" might be split with Marin Hinkle, which could decrease Borstein's odds even more.

Now for the categories in which SNL is competing with "Last Week Tonight with John Oliver" at the Primetime Emmy Awards.

"Saturday Night Live" won this award last year and the year before, so I'm considering it the favorite.  I'd be surprised if "Last Week Tonight" pulls off an upset.

"Last Week Tonight" has won this award three years in a row and I don't expect this year to be any different.

If any nominee could beat "Last Week Tonight," I think it would be SNL.

Follow over the jump for SNL's nominations at the Creative Arts Emmy Awards. 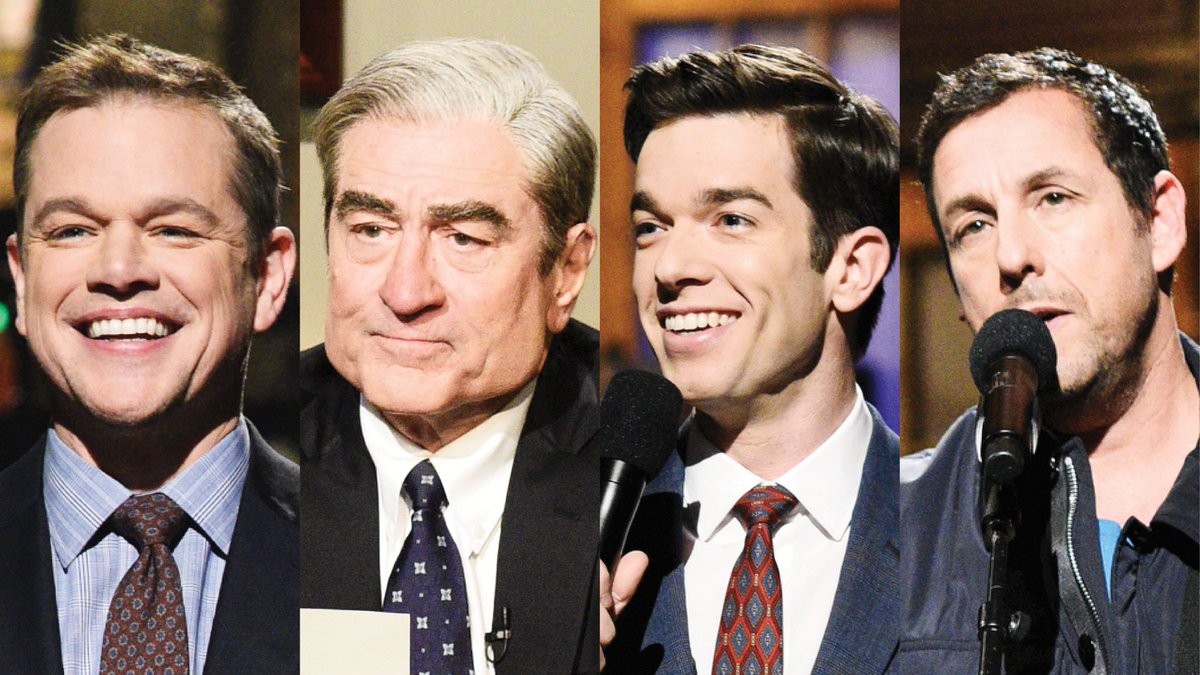 There is a lot of potential for vote splitting among the nominees from SNL and "The Marvelous Mrs. Maisel" that could conceivably let Peter MacNicol sneak past.  Considering that he's a previous Emmy winner and had another Emmy nomination taken away from him for this role, it could happen.  I'm not betting on it.  I suspect Robert De Niro has the inside track. 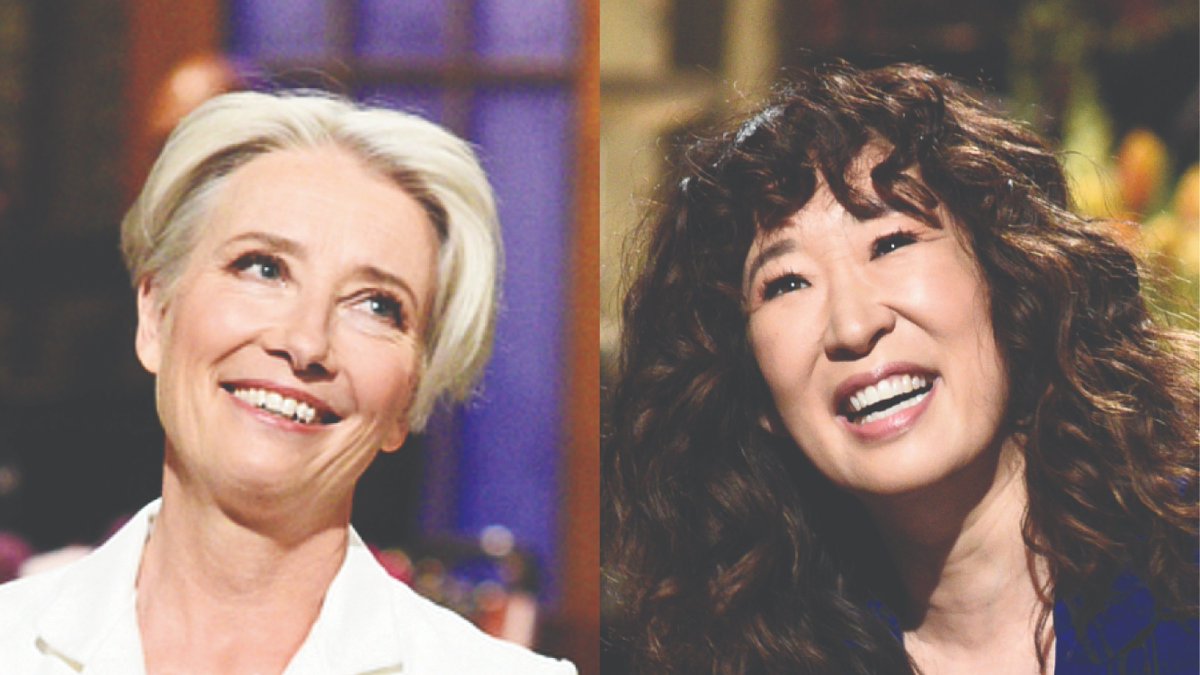 While I voted for Sandra Oh at the 2019 Saturn Awards, I'm rooting for her to win for her drama role, not as host of SNL.  Instead, I'm rooting for Maya Rudolph of "The Good Place" to win this award.

I'm going to say the same thing for SNL that I did for the chances of "Last Week Tonight" winning Outstanding Sound Mixing for a Variety Series or Special.

[T]he only thing "Last Week Tonight" would win out of this field is a game of "one of these things is not like the others."  All the rest are musical specials, awards shows, or both....

I think the trophy will go to either the Aretha Franklin special or the Beyoncé film.  My readers and I will find out in two weeks.

I was so sure that one of the songs from "The Good Fight" shorts would be nominated.  Instead, the third season of the sequel to "The Good Wife" came up completely empty.  However, that doesn't mean I thought any of them would have won.  Instead, "Saturday Night Live" won this award last year and I suspect it might do so again.  Too bad, as I'm rooting for "Song of Parkland."

Now for the categories where SNL is competing against structured reality programs.

Since I already mentioned SNL's chances, I can move on to the categories where SNL is competing against "RuPaul's Drag Race."

"RuPaul's Drag Race" isn't the only nominee exploring the gender identity and sexual orientation dimensions of diversity; so is "Pose: Identity, Family, Community," which also deals with race and ethnicity.  Both are also dealing with inclusion and acceptance, something I might return to when I deal with the nominations for its parent show "Pose."

From the competitive angle, there is no returning winner, so I can't handicap the contest that way.  However, I think the two most popular programs are SNL and "RuPaul's Drag Race."  I suspect the latter will split its vote, giving the former the inside track.  It helps that "Creating Saturday Night Live" is the only former nominee, albeit from two years ago.
...

SNL is the returning winner, so I consider it the favorite.  It's strongest competition comes from "The Voice" with three previous wins, followed by "Dancing with the Stars" and "So You Think You Can Dance," each of which has two awards in this category.

Once again, I already made my forecast regarding SNL, so I can be a good environmentalist and recycle a final category from 'Last Week Tonight with John Oliver' leads talk variety shows in Emmy Awards nominations yet again.

This is a category I forgot to cover in 'RuPaul's Drag Race' leads competition shows at the Emmy Awards while being an example of inclusion and acceptance as "The Voice" is one of the nominees.  Oops.  However, I think SNL will win this for a third year in a row unless "The Big Bang Theory" gets this as a farewell present for a final season.

With that, I'm done handicapping the categories for which SNL earned nominations.  I'm also done with the nominations for variety shows.  Tomorrow, I'm thinking about writing about the TV movies, so stay tuned.

I conclude this entry with SNL's nominated original song, The U.E.S.

Leslie Jones raps about the Upper East Side.

That's hilarious and I'm sure all the New Yorkers will vote for it.  Whether that will be enough for it to win remains to be seen.