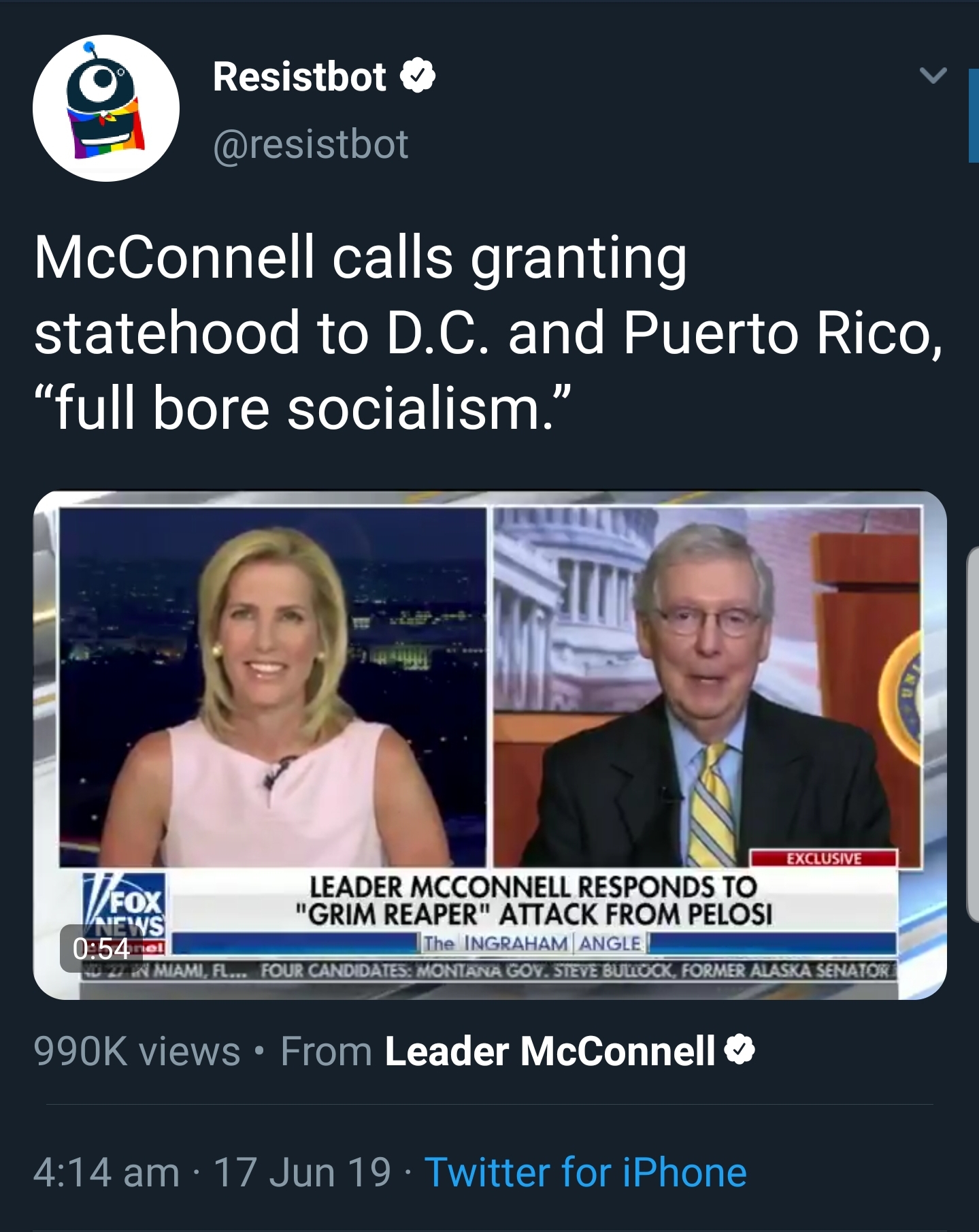 Happy National Pina Colada Day, a celebration of the national drink of Puerto Rico!  Last year, I asked my readers to drink to Puerto Rican Statehood, a topic I followed up on most recently in Another bill introduced to admit Puerto Rico as a state, an update on Puerto Rico statehood for the eighth year of Crazy Eddie's Motie News this past May.  Today, I continue using National Pina Colada Day to examine Puerto Rico becoming the 51st state by noting one of the obstacles to it happening, Senate Majority Leader Mitch McConnell.  The David Pakman Show cogently, if insultingly, summarized McConnell's words and actions in Mush-Brained Republican: DC & Puerto Rico Statehood is "Socialism".

I might call McConnell a turtle, but I wouldn't call him "mush-brained."  The man knows exactly what he's doing and why.

It's not just statehood for Puerto Rico and Washington D.C. that McConnell is obstructing in the name of stopping "socialism."  It's a whole host of bills passed by the House, some with bipartisan support that would likely pass.  CNN examined some of them in This is why Mitch McConnell calls himself the 'Grim Reaper'.

Senate Majority Leader Mitch McConnell calls himself the "Grim Reaper," vowing to kill whichever bill that he labels as socialist legislation, including a bill that pushes for election security. CNN's Sunlen Serfaty reports.

Ugh.  It's enough to drive one to drink.  Fortunately, Tipsy Bartender posted a video just a few weeks ago that has the perfect drink for today, Piña Colada Pineapple Keg.

It's the Pineapple Keg filled with a potent Pina Colada.

I'm not through with national days celebrating cocktails from Caribbean island nations, as tomorrow is National Mojito Day.  Stay tuned and stay tipsy!
Posted by Pinku-Sensei at 10:35 AM