Since I've described this blog as being about sustainability and collapse with a science fiction slant, I can't pass up the opportunity to write about when the two coincide.  Jillian Scharr of Space.com made it easy for me with NASA Goes 'Green': Next Spacecraft to Be Reusable.

Since the space shuttle's retirement in 2011, NASA has relied on Russian rockets to launch its astronauts to space. But the United States plans to have its own homemade spacecraft again soon. Called the Orion Multipurpose Crew Vehicle, the new vehicle will be able to carry astronauts to Earth orbit, to the moon, asteroids, and eventually to Mars.

Though it looks similar to the gumdrop shape of the Apollo moon-bound capsules, the Orion spacecraft is a whole new machine. Unlike the old capsules, Orion — set to make its first test flight in 2014 — can be reused.

How appropriate that a spacecraft named Orion is green.  After all, the Orions in Star Trek are literally green, as I've mentioned in passing. 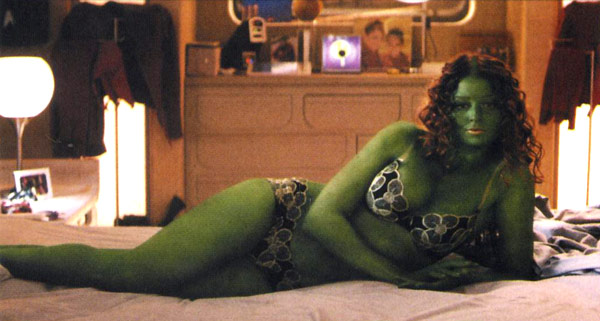