I telegraphed my course of action regarding my blogging in Americans agree on a few issues, Pew Research Center finds.

[D]rug addiction stands out to me as the issue with the best combination of agreement between partisans and high number of people who think it's a major problem.  Because of that, the next set of winners at the News and Documentary Emmy Awards I will tackle will be about the opioid epidemic, including "Heroin(e)."  After that, I'll tackle violent crime by writing about the winners covering mass shootings.

I took care of covering drug addiction with 'Heroin(e)' and '60 Minutes: The Whistleblower,' two Emmy winners about the opioid epidemic, so now it's time for me to write about the six winners that examined mass shootings, beginning with the "Independent Lens" episode "Tower."  Watch Kate Bolduan present the award for Outstanding Historical Documentary.


The director is right; this story isn't just history.*  It repeats itself every time there is a school shooting.

He got another chance to talk as he was interviewed after winning in Outstanding Historical Documentary. Independent Lens: "Tower".

The team from "Tower" on Independent Lens, winner of the Emmy Award for Outstanding Historical Documentary, presented at the 39th Annual News & Documentary Emmy Awards.

Follow over the jump for the rest of the winners, which examined last year's mass shootings. 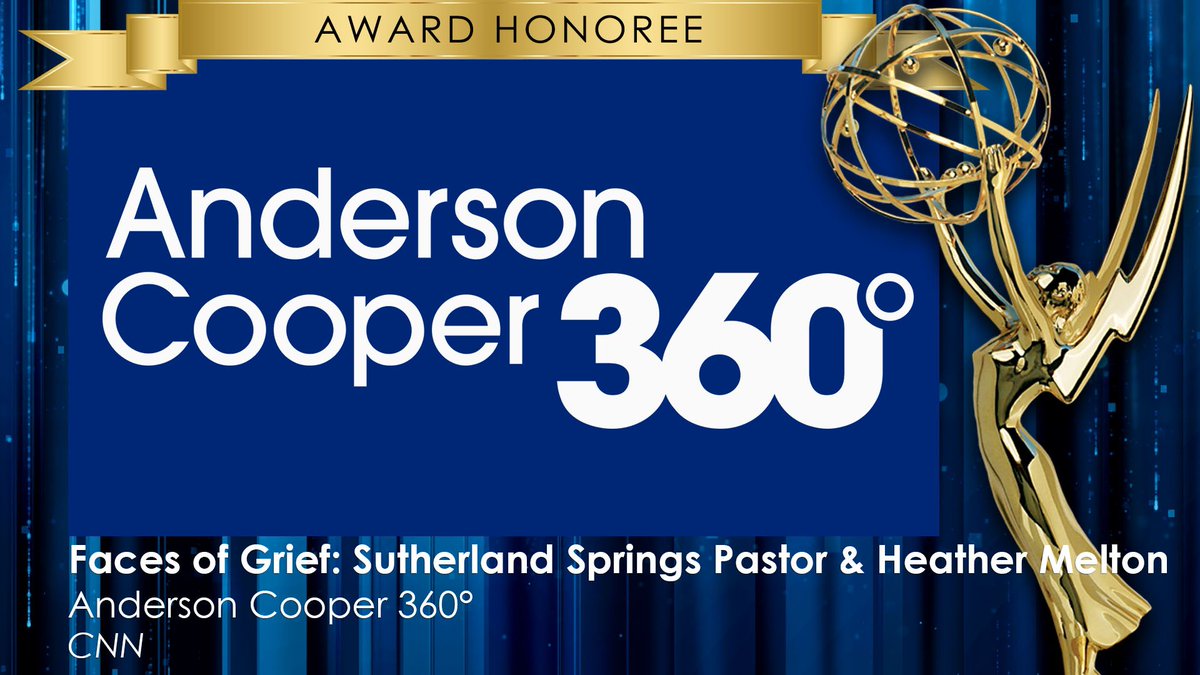 The director of "Tower" mentioned the Sutherland Springs shooting, which just happens to be the subject of the winner of Outstanding Live Interview.  Watch Evan McMorris-Santoro present the award.


Like "Tower," the winning production team earned a curtain call by being interviewed for winning Outstanding Live Interview. AC 360: "Faces of Grief".

As I observed in Coverage of Hurricanes Harvey, Irma, and Maria nominated for News and Documentary Emmy Awards, "sometimes the news looks the same in both English and Spanish, even if it sounds different."  That shows up in the nominees for Coverage of a Breaking News Story in Spanish.  Watch Ana Cabrera present the award to fellow presenter Teresa Rodriguez.

Rodriguez and her crew got a second chance to speak after winning in Aquí y Ahora -- Breaking News in Spanish and Outstanding News Magazine in Spanish.

As Rodriguez mentioned, "Aquí y Ahora" also won another Emmy award for Outstanding Newscast or Newsmagazine in Spanish.  Congratulations on both awards.

This is the first of three awards recognizing coverage of the Las Vegas Massacre.  The next two follow. 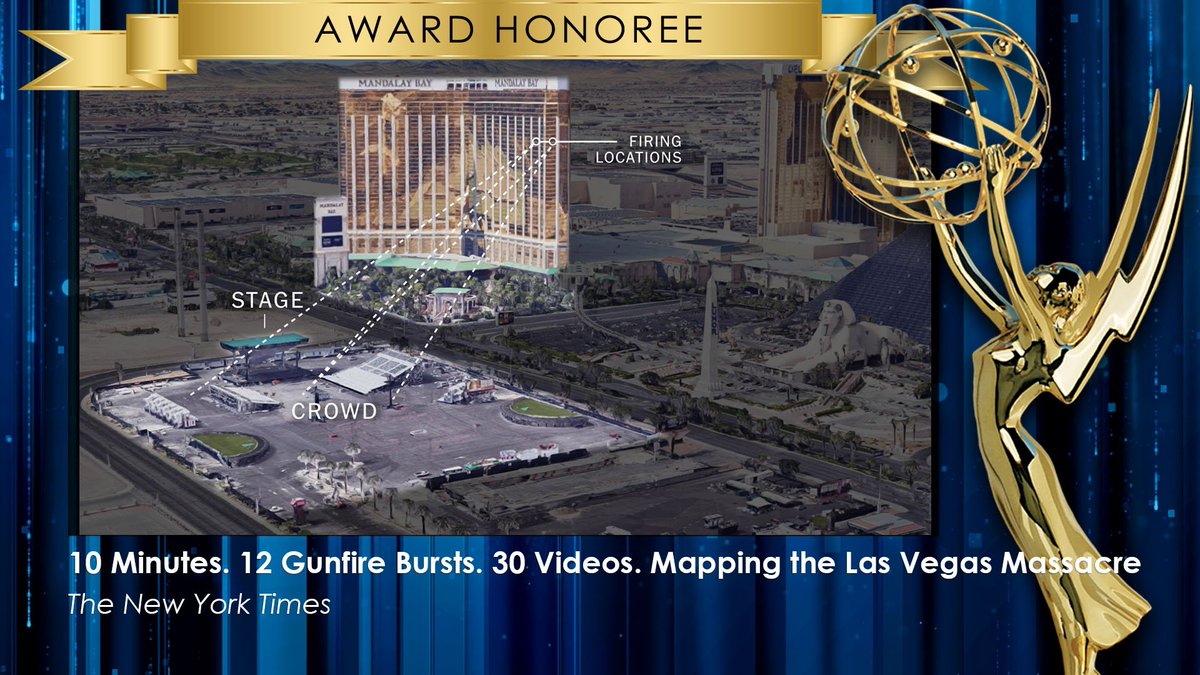 
First, I think it's a sign of the 21st Century when four of the five nominees for this award are newspapers, the New York Times and the Washington Post.  Second, as other awardees noted, this ceremony took place on the first anniversary of the shooting, so having six winners be about the massacre turned out to be a fitting, if grim, tribute.  The crew remarked on both points in New Approaches: Current News. NY Times: "Mapping the Las Vegas Massacre". 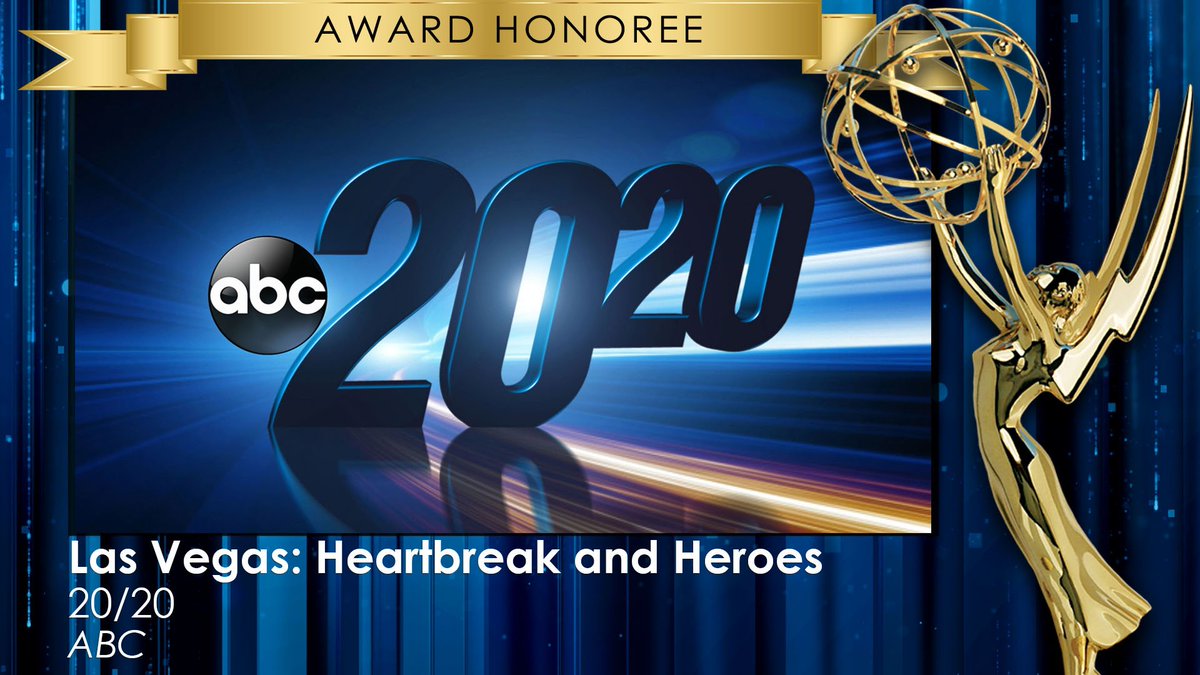 ABC won one Emmy Award that night for Outstanding Coverage of a Breaking News Story in a Newsmagazine.  Watch as the team from "20/20" accepts the trophy from Evan McMorris-Santoro. 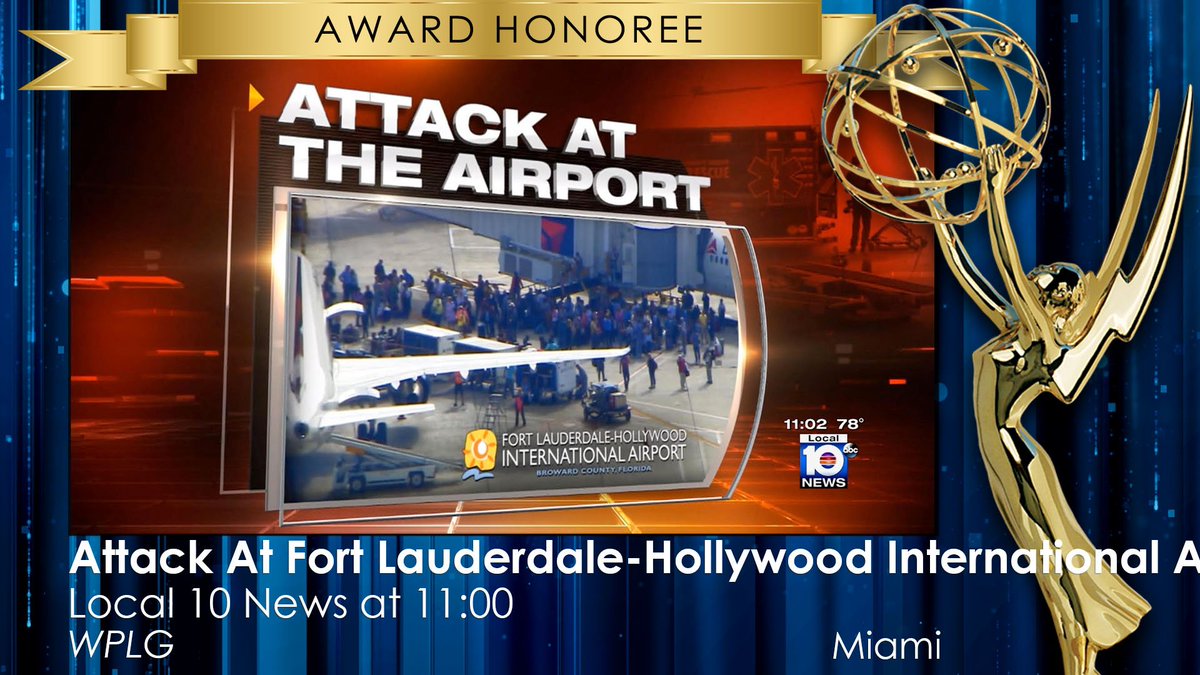 That concludes the awards for coverage of the Las Vegas Massacre, but one more award remains for reporting on another mass shooting.  Watch Marvin Scott present the award for Outstanding Regional News Story Spot News.

Engelhardt mentioned that this story was different for the reporters than the other winners in that they were covering it while the shooting was still going on, so their safety became a concern.  All the rest reported on their stories well after the gunfire ended.  That written, congratulations!

*The director of "Tower" mentioned that most people didn't know about the shooting at the University of Texas in 1966.  I am not most people.  My ex-wife attended the University of Texas in the early 1970s and the memory of the incident was still fresh in the minds of the people there.  She passed along what she heard about it to me while we were still married.  I found her second-hand account harrowing enough.