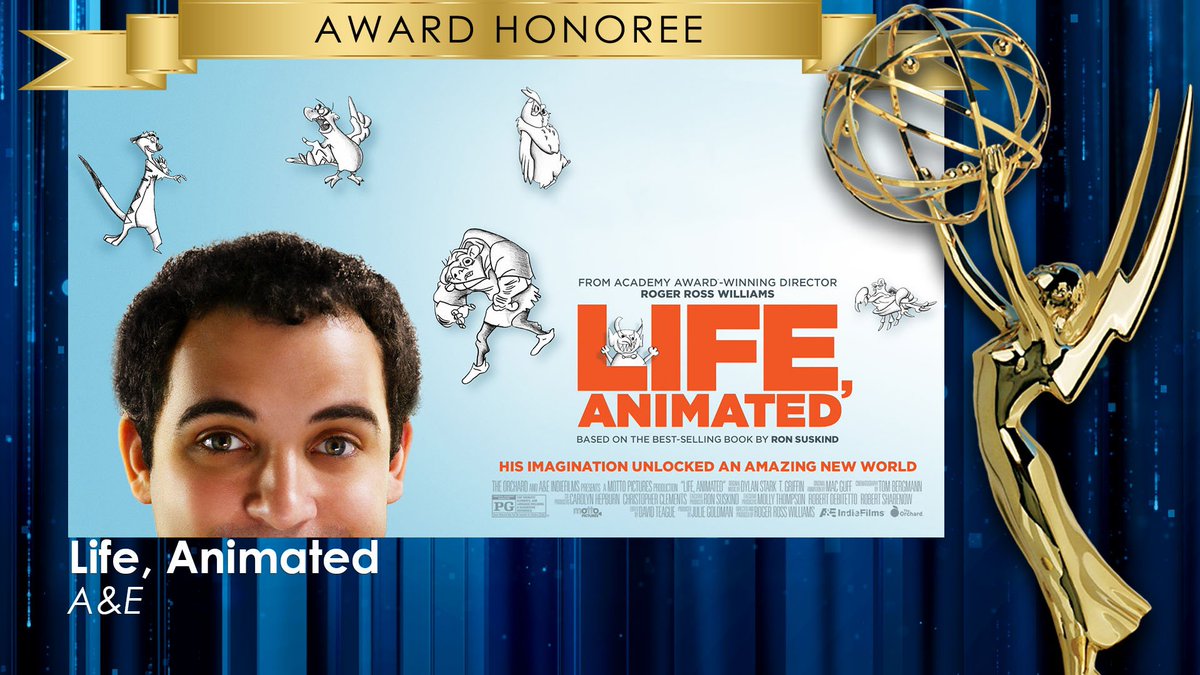 In the meantime, stay tuned for more coverage of the News and Documentary Emmy Award winners.  I expect the next installment will be about "Life, Animated," which beat both "Chasing Coral" and "Putin's Revenge" for Best Documentary.

That's how I closed 'Charlottesville: Race and Terror' wins four Emmy Awards as four participants in riot arrested, so I am following through.

Since I have never blogged about the movie before this year, I am embedding its Official Trailer to explain the movie.

From Academy Award® winning director Roger Ross Williams, LIFE, ANIMATED is the inspirational story of Owen Suskind, a young man who was unable to speak as a child until he and his family discovered a unique way to communicate by immersing themselves in the world of classic Disney animated films. This emotional coming-of-age story follows Owen as he graduates to adulthood and takes his first steps toward independence.

I hope my readers can see why I wrote that it would be tough competition for "Chasing Coral," if for no other reasson than it being a fomer Oscar nominee.  In fact, it was such a quality entry that it pulled off the equivalent of "Charlottesville: Race and Terror" by sweeping its three nominated categories.

Instead of working down from the top award, I'm working up to it, beginning with Kate Bolduan presenting the trophy for Outstanding Editing Documentary.


In 14 nominations for 12 reports about Las Vegas Massacre and other mass shootings at the News and Documentary Emmy Awards, I wrote that "I consider 'Life, Animated' to be the strongest contender for this award."  I was right.  Congratulations.


I don't know how the soundtrack got so out of synch with the video.  Still, congratulations.

Finally, the category that attracted my attention to this movie, Best Documentary.  Watch Dick Cavett present the award in his uniquely whimsical way.


I appreciate how Ron Susskind, Owen's father, connected this film to the current state of journalism and the country, making it even more relevant.

This film deserves a curtain call, so here are the crew and subjects of Arts & Culture Documentary "Life, Animated" being interviewed.

The team from Life, Animated", on A&E, winner of the Emmy Award for Outstanding Arts & Culture Documentary, presented at the 39th Annual News & Documentary Emmy Awards.

I plan on writing about the rest of the Oscar nominees at the 2018 News and Documentary Emmy Awards, three of which, "Abacus," "Heroin(e)," and "Last Men in Aleppo," won awards.  Stay tuned.
Posted by Pinku-Sensei at 9:19 AM