Sears and KMart avoid liquidation, a tale of the Retail Apocalypse 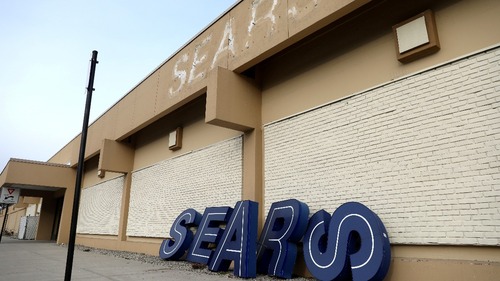 The bankruptcy judge has approved the Sears Holdings rescue offer.  Wochit Business has the story in Lampert Saves Sears From Liquidation.

According to Business Insider, a federal bankruptcy judge approved the sale of Sears, which will allow the fallen retail giant to avoid liquidation. The move will keep about 400 stores open for business, while retaining an estimated 45,000 jobs. Sears chairman Eddie Lampert will purchase the company through his hedge fund, ESL Investments, for an estimated $5.2 billion. Sears filed for bankruptcy in mid-October last year, which had 687 stores and 68,000 employees at the time.

Sears and KMart are still not dead yet!  On the other hand,  my prediction that "the Twelve Oaks Mall location in Novi...would be open until the entire chain goes under" probably is.  Sometimes, I don't mind being wrong.  Just the same, closing that store will hurt.


If Sears emerges from bankruptcy this month, the company will probably close dozens more stores by the end of the year.

The company anticipates closing about 36 of the 200 remaining Kmart stores, according to a business plan filed with the court last week by a top executive of Sears Chairman Eddie Lampert's hedge fund...

Sears' stores are sitting on valuable real estate. The plan estimates that real estate sales will generate $200 million a year through 2021. Those sales will be a key way the "new" Sears would pay off debt.

Lampert insists he wants to buy the company because he believes a smaller Sears with less debt can be profitable and competitive.

I hope what Lampert says is right.  In the meantime, the Retail Apocalypse continues, as Inside The Last-Ditch Effort To Save Sears from NBC's TODAY show lists all the other retail chains that filed for bankruptcy last year.

A last-minute effort is underway to save some of the remaining Sears and Kmart stores that haven’t been shut down in bankruptcy. NBC’s Tom Costello reports for TODAY.

In addition to Claire's, Brookstone, NineWest, and The Walking Company, which TODAY listed as declaring bankruptcy last year, Shopko and Charlotte Russe filed for bankruptcy protection this year, and 2019 is still young.

I'll have more on the Retail Apocalypse as it develops, but first stay tuned for a Sunday entertainment feature.
Posted by Pinku-Sensei at 2:39 PM