The highest grossing comedy films about government and politics released during 2018, plus "The Favourite" cleans up at the BAFTA Awards 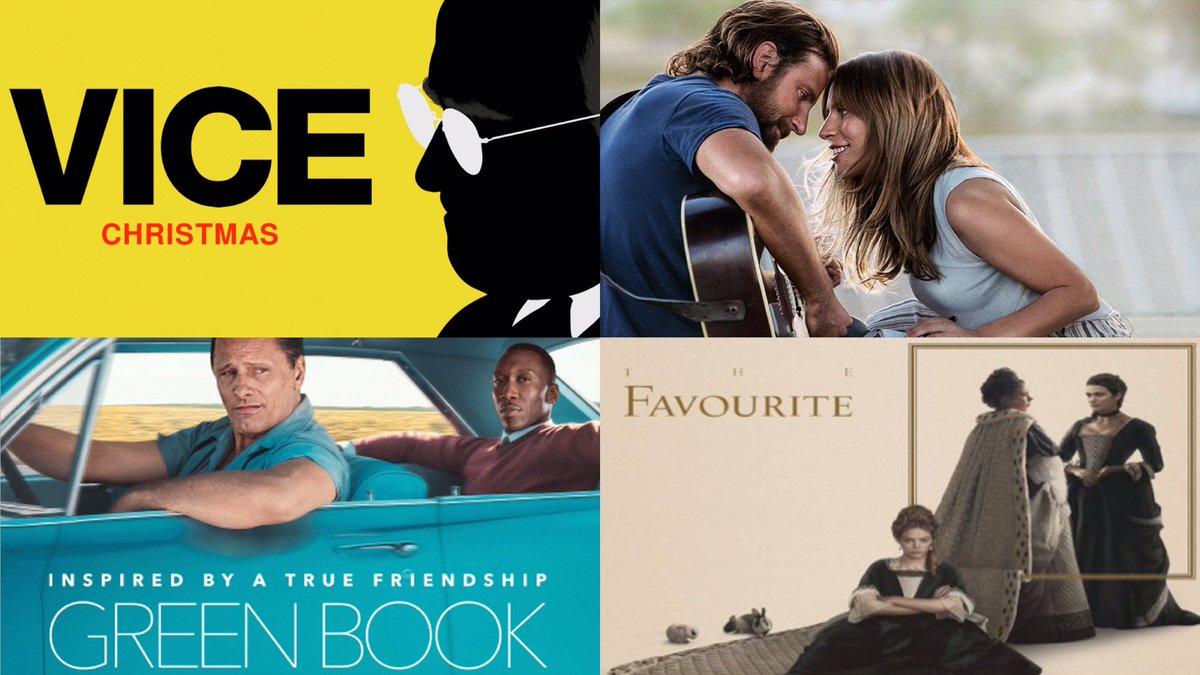 Yesterday, I wrote about the highest grossing dramatic films about government and politics released during 2018.  Today, as promised, is the day for the  top earning comedies about politics and government from 2018.  Following are the relevant comedy releases from Box Office Mojo.

While this field is more unified than the dramas — it helps that it's smaller — it still has divergent components.  "Night School," "The Spy Who Dumped Me," "Super Troopers 2," and "Johnny English Strikes Again" are all low-brow commercial comedies. "Green Book," "Vice," "The Favourite," "Eighth Grade," and "The Death of Stalin" are all humorous, relatively high-brow treatments of serious material that have earned awards and nominations.  "Gringo" sits in no-man's land in between the two — a a middle-brow farce that is a parody of a crime caper, I suppose.

"The Favourite," "Vice," and "Green Book" all earned statues at last night's BAFTA Awards.  Follow over the jump to watch videos of the acceptance of their awards. 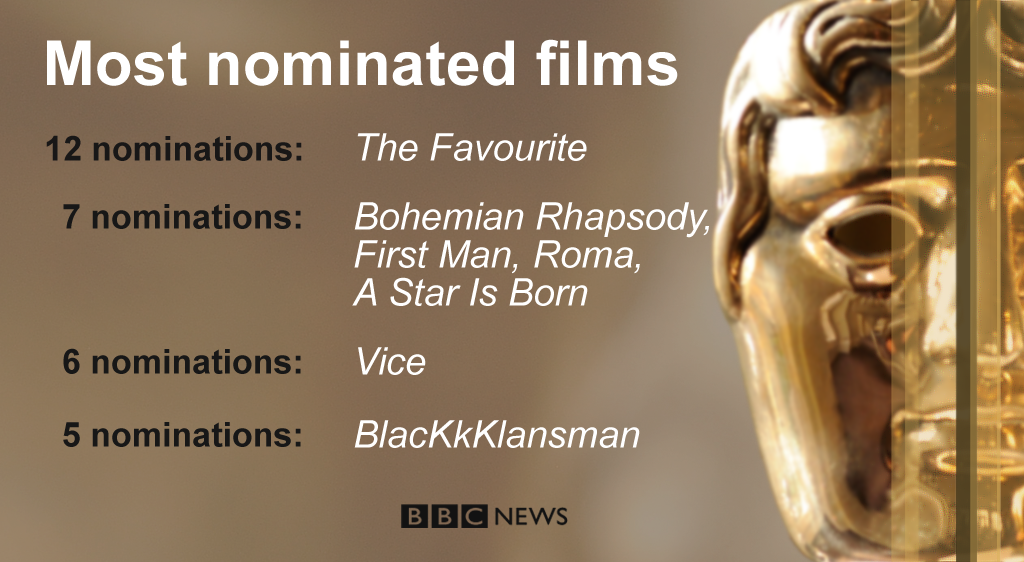 "The Favourite" not only earned the most nominations at the BAFTA Awards, as the above graphic shows, but also the most trophies, seven.  I'm showing the film winning four of them, beginning with The Favourite Wins Outstanding British Film.


Note that the award is for Outstanding British Film, not Best Film.  "Roma" won that award.  That could happen at the Oscars, too.


Colman is nominated for this category at the Oscars as well.  However, she may not win, as Glenn Close won the SAG Award for Outstanding Performance by a Female Actor in a Leading Role.  Based on that, I think Close is favored.


Weisz also has a nomination for Best Actress in a Supporting Role at the Oscars, which is a much more wide-open contest than for Actress in a Leading Role.  Emily Blunt won the equivalent statue at the SAG Awards, but is not even nominated for an Oscar (I think the Saturn Awards will try to rectify that omission), while Regina King won Best Supporting Actress at the Golden Globes, but was not nominated at the SAG Awards.  Hollywood could not even agree on who to nominate, so I'm not sure it knows who will win.

In addition to the above awards, "The Favorite" won Best Screenplay (Original), Best Make Up/Hair, Best Costume Design, and Best Production Design.  The film has nominations in all of the above except Best Make Up/Hair at the Oscars.

Mahershali Ali continues to sweep the awards for his role in "Green Room."  Watch him win Supporting Actor for Green Book, which was the only BAFTA award for the movie.


Ali also has an Oscar nomination for Best Actor in a Supporting Role, where I think he is the prohibitive favorite.


While "Vice" has a nomination for Best Editing at the Academy Awards, I'm not sure it will win, as it didn't win an ACE Eddie Award.  The award for comedy went to "The Favourite" and "Bohemian Rhapsody" earned the equivalent for drama.  I expect one of those two will win at the Oscars instead.

That's it for the political comedies.  I'll return with the documentaries, both good and bad and political speculative fiction films after a double celebration of Darwin Day and Fat Tuesday/Paczki Day.  Stay tuned.
Posted by Pinku-Sensei at 9:37 AM