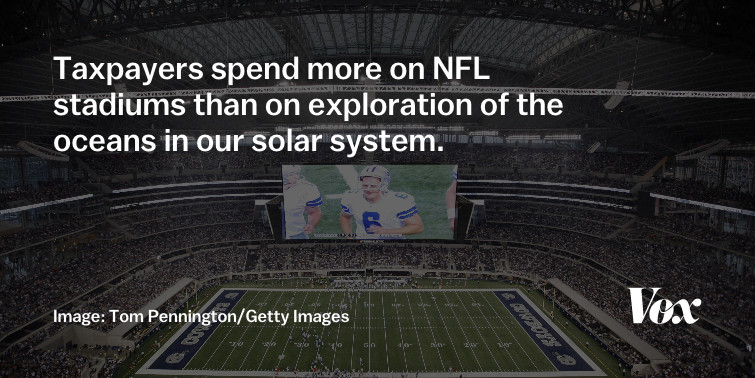 Happy Super Bowl Sunday!  To celebrate this year's socialist sports spectacular, I'm sharing a Vox video that treats one of the same themes as John Oliver on stadiums and NFL cheerleaders for Super Bowl Sunday in a more serious manner.  Watch Why do taxpayers pay billions for football stadiums?

Cities want football teams. Owners want stadiums.
...
In the past 20 years, over $7 billion in public money has gone towards financing the construction and renovation of NFL football stadiums. Owners argue that public investment in private football franchises will bring a boom of economic activity to local economies. But this argument doesn’t hold up. In reality, stadiums and their upkeep wind up costing cities millions of dollars.

For owners, new stadiums mean more profits. They get to host the Super Bowl, sell naming rights to other corporations, and build increasingly opulent and expensive premium seating.

For cities, nabbing an itinerant football franchise looking for a new home field can be a big political win. And residents want teams and the hometown pride that comes with it. Football teams give cities a sense of identity and they are paying more than ever for them.

New stadiums aren’t the economic powerhouses owners promise they’ll be. But as long there are more cities that want a home team than there are franchises, it looks like taxpayers are going to keep footing the bill.

This happens in other sports, too.  After being unable to get Seattle to build his team a new arena, Howard Schultz sold the Seattle Supersonics to a group that moved the team to Oklahoma City.  It's another reason not to support his presidential bid.*

As I wrote last year, "It's all enough to drive one to drink" so "It wouldn't be a Super Bowl post of mine without a instruction video from Tipsy Bartender."  Follow over the jump to watch Super Bowl Jungle Juice. 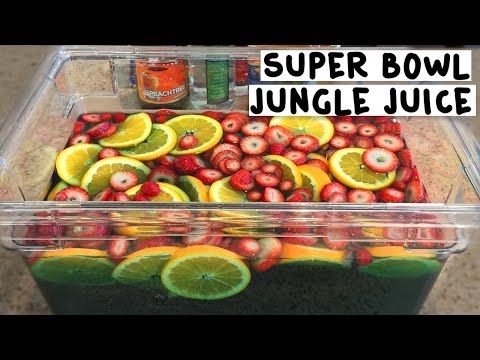 That recipe should look familiar.


In case any of you remember the recipe below from a video that I wrote last year that I'd save for this year? I'm saving it for next year just in case.  As I wrote last year, I'm an environmentalist; not only do I recycle, I conserve my resources.

Since Skyy didn't post a recipe this year, saving this recipe came in handy.

That's it for the Super Bowl for now.  I don't know what I'm writing tomorrow, but Tuesday is Lunar (Chinese) New Year.  Stay tuned and drink responsibly.

*I might get to that later.  Right now, I'm looking for the right video history.
Posted by Pinku-Sensei at 12:02 PM