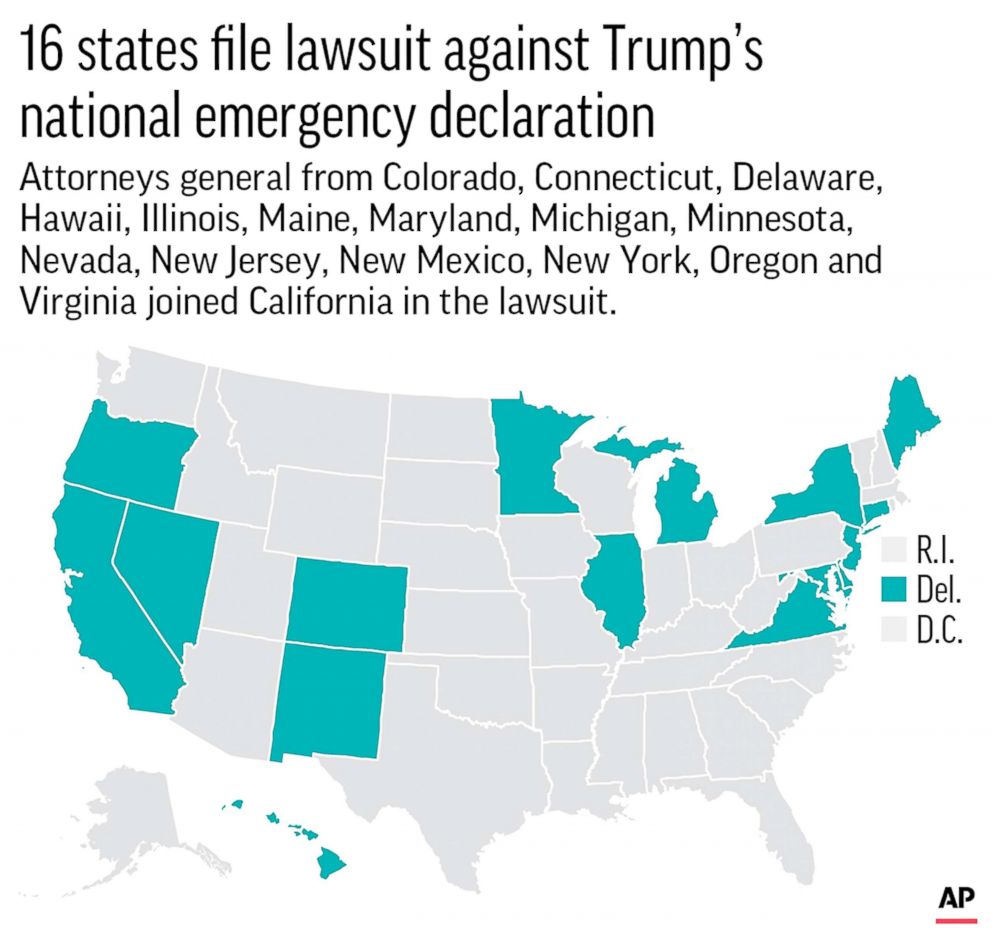 I concluded Noah and Meyers take closer looks at what Colbert calls 'the national emergency we didn't need' with a prediction.

I'm sure I'll be writing more about the national emergency.  For starters, 16 states are suing the Trump administration over the emergency declaration including Michigan and I expect there will be a vote in Congress to overturn it.  Stay tuned.

Here the two videos I linked to, beginning with 16 states sue Trump administration over emergency declaration from CBS News.

A coalition of 16 states led by California have sued the Trump administration Monday over his decision to declare a national emergency to secure funds to build a wall along the southern border. CBS News congressional correspondent Nancy Cordes joins CBSN over the phone with the latest details.

Cordes not only reported on the 16-state lawsuit, she described the likely course of events for Congress trying to rescind the national emergency.

As I mentioned, Michigan is suing President Trump as WXYZ reports.

Michigan would be joining 15 other states in a lawsuit challenging President Trump's national emergency declaration to secure funding for a border wall.

This is one of the reasons I voted for Michigan Attorney General Dana Nessel.

WXYZ mentioned both the lawsuit and possible Congressional response in Trump protested in Ferndale.

Dozens of people took to the streets in Ferndale to protest President Donald Trump's declaration of a national emergency to build the border wall.

I can relate to the protesters, as I stood on the same corner that WXYZ reporter Jennifer Ann Wilson opened her report during the People's Climate March in 2017.  As for the demonstrators, I think they have the right idea.  Trump won't listen to them, but Michigan's Congressional delegation likely will.

I promise to have more on this story as it develops.  Stay tuned.
Posted by Pinku-Sensei at 10:16 AM