Tariffs from the U.S.-China trade war are likely to accelerate the Retail Apocalypse 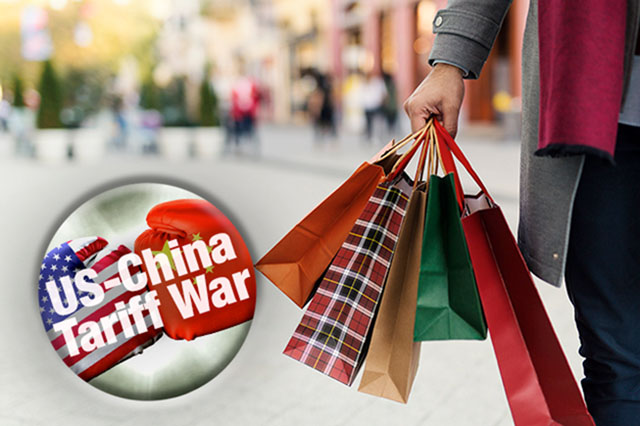 It's not just Business Insider who is sounding the alarm.  Follow over the jump for CNBC's coverage of the issue.

CNBC uploaded This could be next retail shoe to drop on Wednesday of last week.

Stacey Widlitz showed up again in Friday's Could tariffs be good for retail?

Stacey Widlitz, SW Retail Advisors President, discusses the ongoing struggles for retail, and a possible bright spot on the horizon.

I think the interviewer is trying too hard to make the contrary case, which illustrates one of my complaints about CNBC.  While the channel is more entertaining than its competition (I'm looking at you, Bloomberg), it has a perma-bull attitude — it's always a good time to buy stocks, according to CNBC.  My wife and I don't believe that, as we got out of the stock market about six months ago.  We don't care that the values recovered; it was too stressful going down.

I have a broader complaint about covering the economy through the lens of investing.  It's like covering sports entirely through gambling.  It distorts the perception of the subject matter through whether one can make money off of it when one is not an owner (yes, I know stockholders are technically owners of publicly-traded companies, but bear with me; it's not the same), player or other employee of the organization, or one of the vendors or contractors (and I'm including the media companies that broadcast games).  It certainly doesn't take into consideration the fan's point of view.  One can be a great fan and never bet, and I think that betting can interfere with the fan experience.

When I was attending U of M football games, I sat next to a guy who cheered for the Wolverines to score before halftime even though they were already leading to the point I found it annoying.  I told him that they only had to beat the spread by the end of the game, not at halftime.  He shut up.  I think coverage of the economy through investing can have the same effect on people who watch the economy.

I'll finish my rant by saying that's why I balance my CNBC diet with Calculated Risk, which focuses on the economics without the investment focus except possibly in real estate.  At least housing has a broader base than stocks.  A lot more people own houses than securities.

Back to trade.  I agree that the tariffs are likely to make the Retail Apocalypse worse.  While that's great for my blogging, it's not good for the U.S. consumer or the economy.  I'll get to that last part tomorrow.  Stay tuned.