Political film and TV nominees at the MTV Awards

For today's Sunday entertainment feature, I'm going to be a good environmentalist by recycling and updating the idea behind last year's Beyond the Trailer on speculative fiction nominees at the MTV Movie and TV Awards.  This year, I'm focusing on the nominees that celebrate films and television shows that have political themes, some of which were also nominated for and won the 2018 Golden Coffee Cups for movies.  Nothing like finding entertaining portrayals of politics and government in unexpected places.  For my readers who might be disappointed that I'm not featuring speculative fiction, have no fear; there is a significant overlap between politics and speculative fiction among the nominees.

I begin by returning to where I stood last year, right next to Grace Randolph of Beyond The Trailer playing a game of who should win and who will win the MTV Movie & TV Awards 2019 Nominations.

MTV Movie & TV Awards 2019 today! Beyond The Trailer host Grace Randolph's reaction and breakdown of the nominations plus predictions for which nominees will be the winners! Avengers Endgame, Captain Marvel, Game of Thrones, To All the Boys I've Loved Before, Sandra Bullock in Bird Box and more lead the nominations!

I generally agree with Grace, but I think she is underestimating the power of the "Riverdale" fandom unless it has lost a lot of steam this season.  Also, I will look at the nominees for Best Documentary, which she blew off.  Follow over the jump for my analysis and votes. 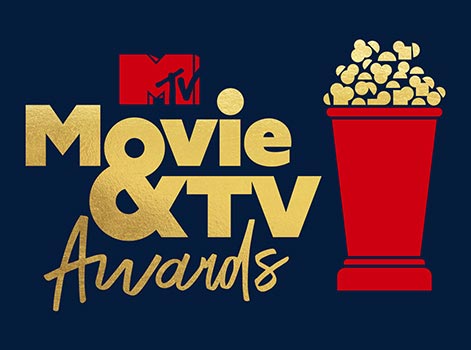 Here are the nominees from MTV, reordered to reflect my political priorities.

Grace laughed at the documentary nominees, so I'm compensating for that by featuring them first followed by all the categories in which documentary subjects have nominations.

At the Heart of Gold: Inside the USA Gymnastics Scandal
McQueen
Minding the Gap
RBG
Surviving R. Kelly

While "RBG" won the Golden Coffee Cup for Best Political Documentary and Best Political Documentary at the 2018 Critics' Choice Documentary Awards, it lost to "Free Solo" for Best Documentary Feature at the Oscars, which disappointed but didn't surprise me.  Here, I suspect both will lose to one of the other three nominees.  "At the Heart of Gold: Inside the USA Gymnastics Scandal" and "Minding the Gap" are about the struggles of young athletes.  I think the former has an edge with this electorate as it's about a sex scandal, a big deal in this #MeToo era, but the latter is the one with an Oscar nomination for Best Documentary Feature.  The one my gut tells me might beat them all is "Surviving R. Kelly," which not only has the #MeToo angle, but is also about the music business.  MTV began as "Music Television," after all, and its voters probably still reflect that.  Not me; I'm voting for "RBG."

Ruth Bader Ginsburg won awards from both Coffee Party USA and the Broadcast Film Critics Association, but I don't think either will mean anything with the MTV voters, who I think are likely to split their vote between Roman Reigns and Serena Williams.  Either would be wins for diversity, as Reigns is half-Somoan and Williams is African-American.  Between the two, I would prefer Williams.  She's a real hero for her accomplishments in and out of the court.  Reigns, as a wrestler, as as much showman as sportsman, and a lot of his heroics are kayfabe.  Just the same, I'm not voting for Williams.  Once again, it's RGB for me.

Now for a category that Grace did mention.

While I'm once again voting for RGB, I'm with Grace; she won't win.  Instead, I agree that Captain America vs. Thanos will instead with Arya Stark vs. the While Walkers being the most likely one to upset the Avenger.  As for the three-way match in "Wrestlemania," I have nothing to say that I didn't already already for Roman Reigns.

Back to categories Grace ignored as jokes.

Of course I'm voting for The Notorious RBG, but that doesn't mean this meme will win.  Instead, I think it's one of the reality TV memes.  The one I saw was the Lilo dance, but I'm going to watch the one from RuPaul's drag race to see if it compares.  As for "jumping the fence," it makes me hope that "The Bachelor" has jumped the shark.

That takes care of all four nominations for "RBG," so on to fiction.

Avengers: Endgame
BlacKkKlansman
Spider-Man: Into the Spider-Verse
To All the Boys I’ve Loved Before
Us

The political movie here is "BlacKkKlansman," the winner of Best Scripted Political Movie at the Golden Coffee Cups.  Of course I'm voting for it, but I'm under no illusions it will win.  Instead, I agree with Grace that this category is a fight between "Avengers: Endgame" and "To All the Boys I've Loved Before."  I'm rooting for "Avengers: Endgame" even if I'm not voting for it.  As for the other superhero film, "Spider-Man: Into the Spider-Verse," it will have to be happy with its Oscar and just-won Nebula Award, where it beat "Black Panther," "A Quiet Place," "Dirty Computer," "Sorry to Bother You," and an episode of "The Good Place."  Number one horror movie of 2019 "Us" will have to wait until the end of the year for its awards.

This is the category in which I think Grace underestimates the power of "Riverdale" fans.  She didn't even consider it as contender, which I think is a mistake.  The Teen Choice Awards have a very similar electorate to the MTV Movie & TV Awards and "Riverdale" has always been strong there.  In addition, Madelaine Petsch from "Riverdale" won Scene Stealer atlast year's MTV Movie & TV Awards, so the show's fans vote here, too.  I think her critic experience is playing too strong a role in her boosting the two live-action speculative fiction series, "Game of Thrones" and "The Haunting of Hill House" over Archie pretending to be Twin Peaks.  As for "Big Mouth," it should be happy just to be nominated.

BEST PERFORMANCE IN A MOVIE

Amandla Stenberg earned a Golden Coffee Cup nomination, but that won't be enough for me to vote for her.  Instead, I'm casting my ballot for Rami Malek, who won the Oscar for Best Actor.  Just the same, I agree with Grace that he's likely to lose, most likely to Lady Gaga.  Never underestimate her Little Monsters.

BEST PERFORMANCE IN A SHOW

This is a very strong category for speculative fiction, as four of the nominees act in speculative fiction series.  The professional's choice would be Elisabeth Moss, who won one Emmy and was nominated for another, so I am inclined to vote for her on that basis alone.  My next choice would be for Gina Rodriguez, but she's not even my favorite actress on her own show, which barely qualifies as fantasy because of its magical realism.  As for Emilia Clarke, I'm sure all the young mothers who named their daughters Khaleesi will vote for her, but I'm not sure she's either the professional or popular choice.  Instead, I'm going with Grace and expecting Kiernan Shipka to win.  I think she'll be a shoe-in for Best Young Performer on Television at the Saturn Awards, whenever they eventually are announced.  Who knows; I might just vote for her!

As for Jason Mitchell of "The Chi," I think his only hope is that all the votes for actresses are split so evenly that he sneaks by.  I'm not optimistic.

John David Washington earned a nomination at the Golden Coffee Cups and he plays a real-life hero, both of which will probably get me to vote for him, but I think it's one of the speculative fiction heroes/heroines who will win.  I will wait to see how the final episode of "Game of Thrones" plays out before making my prediction.  At least both actresses' shows are about government and politics, as Carol Danvers was an Air Force pilot and S.H.I.E.L.D. is a fictional government agency.

I'm torn between Jodie Comer and Joseph Fiennes, as both are the antagonists of shows about government.  I think the professionals would prefer Comer, whose performance is more gripping.  However, I doubt either has enough young viewers to win.  Instead, I think that goes to Josh Brolin as Thanos, who has been the villain of two blockbuster movies.  I hadn't heard of "You" before Grace mentioned it in her video, but I have a feeling that Penn Badgley as Joe Goldberg might be a better upset choice than Lupita Nyong’o of "Us."  "You" is a very popular show on Netflix, which a lot of young people watch.  Grace seems to think is favored over Thanos.  She might be right.

Grace thinks Zachary Levi or Dan Levy might win this won, even if Awkwafina deserves it more.  I don't care; I'm voting for Awkwafina, who I've been a fan of since I first saw her in "Future Man."

Wow, is this a strong category for diversity!  I'm voting for Awkwafina, but I expect Noah Centineo to win.  This is a category where I think Grace's estimation of the fans of "To All the Boys I’ve Loved Before" is probably correct.

In the final category with horror nominees, I'm going with Sandra Bullock, who Grace thinks will win.

Normally, I'd advocate for "Riverdale," but I think all the Varchie fans will be pissed at this kiss and be tempted not to vote for it out of spite.  Instead, I think Grace is right about the likely winner, "To All the Boys I’ve Loved Before."  I'm still voting for "Aquaman," which was a suprise nominee for a Golden Coffee Cup.  I agree with Grace that it should win.

I end this entry where I began, with reality, including the news.

Oh, blah.  At least "Love & Hip Hop: Atlanta" would be a win for diversity, but I think "Jersey Shore: Family Vacation" will probably win.  I don't think I'm voting here.  If I did, it would be for either "The Bachelor" or "Vanderpump Rules."

Speaking of voting, here's the link.  Voting is allowed once per day until the poll closes.