Dressbarn closing all 650 stores, a tale of the Retail Apocalypse 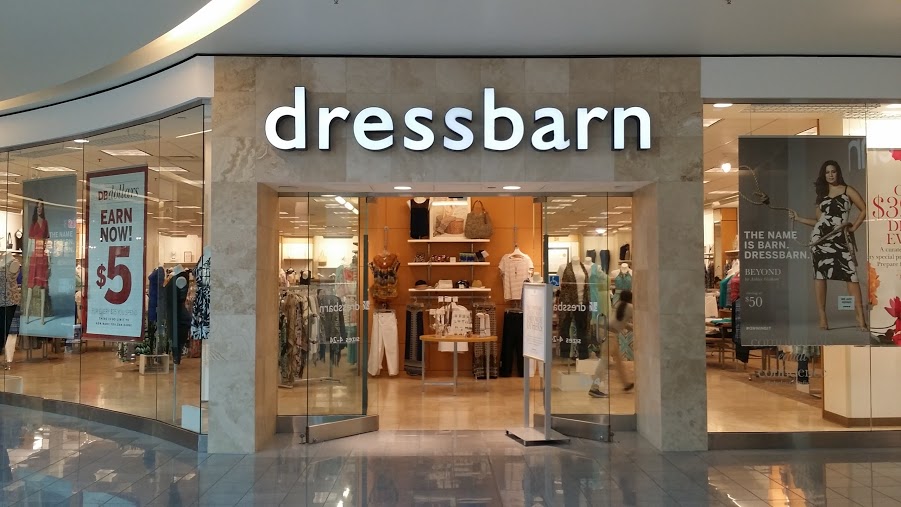 My plans changed since I posted Retail Archeology looks at Family Dollar, a tale of the Retail Apocalypse, which I concluded by writing "Unless something more dramatic intervenes, I know which tale of the Retail Apocalypse I'm telling next."  Something more dramatic just happened, Dressbarn announcing that it will close all 650 of its stores, which my friend John Henry AKA LowGenius brought to my attention on Facebook.  Shopko will have to wait.

I begin with WWLP of Springfield, Massachusetts, reporting Women's clothing chain Dressbarn to close all its 650 stores.

Dressbarn announced Monday that all 650 locations across the U.S. will soon close their doors for good.

The closures could be a blow for some malls across the country where vacancy rates have shot up in recent years, following the shuttering of anchor stores, including Sears, Kmart, and J.C. Penney. In 2018, approximately 9% of storefronts in regional malls remained empty, according to the latest figures from Reis, a real estate research firm.
...
A final Dressbarn shut down date has not been announced. Stores will remain open with no changes to return, refund or gift card policies. About 6,800 people are employed by the chain.

Of course, if I can find a local angle to a story, I will use it.  WXYZ in Detroit provided me one with its man (or in this case, woman) on the street interviews, which the station excels at, in Dressbarn is going out of business.

The retail industry suffered another blow Monday after Dressbarn's parent company announced it was shutting down the clothing chain's operations.

As I wrote in April's 6,000 stores have already announced they are closing in 2019, more than all of 2018, a tale of the Retail Apocalypse, "this year alone I've written about the closing down of Payless ShoeSource, Gymboree, and Charlotte Russe, all of which happened in February and March.  The year is yet young and many more stores and several chains could still go out of business."  Dressbarn has proved my prediction right and it's only been a month.  Just think, there are seven more months to go in the year.  Any of my readers care to guess how many more chains will go out of business?
Posted by Pinku-Sensei at 12:00 AM