CNBC warns that Bed Bath & Beyond is 'facing extinction,' a tale of the Retail Apocalypse 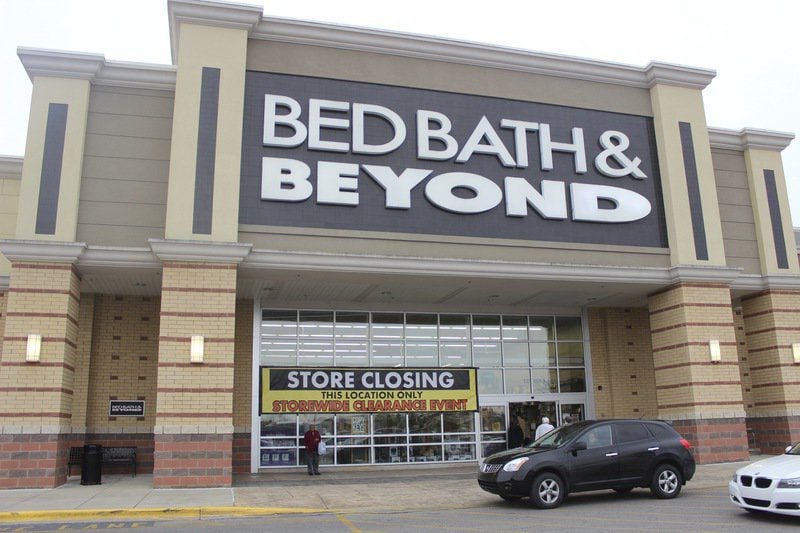 Charming Charlie declaring bankruptcy and announcing it will close all its stores was a tale of the Retail Apocalypse that surprised me last week.  So did the following news from CNBC that the channel uploaded less than an hour ago: Why Bed Bath And Beyond Is Facing Extinction.

Bed Bath and Beyond became a massive homegoods retailer with a decentralized structure and a focus on keeping customers happy. In popular imagination, Bed Bath and Beyond is best known for its generous coupon policy. But critics say the once ubiquitous chain ignored the threat from newer, nimbler online rivals like Amazon.

Yikes!  Bed Bath & Beyond wasn't even on my radar as a chain that was facing trouble from Amazon and other online retailers as well as its own internal issues.  Thanks to CNBC, now I know.

The CNBC video talked a lot about the chain's losses and lower same-store sales, but didn't mention store closings.  It turns out that, as USA Today reported in April, Bed Bath & Beyond plans to close at least 40 stores this year but open 15 new locations.

"We expect to open approximately 15 new stores in fiscal 2019. This will be offset by a minimum of approximately 40 stores we expect to close," Robyn D'Elia, chief financial officer and treasurer, said during Wednesday's earnings call. "This number will grow unless we are able to negotiate more favorable lease terms with our landlords."

D'Elia said most of the "planned closures are for Bed Bath & Beyond stores."

Compared to a lot of chains in trouble, a net loss of 25 stores out of more than 1,000 hardly registers.  I'm not terribly worried that the nearest location, just a little more than two miles west of me, is going to close any time soon.  I also think that the chain is facing a crisis, but it's not in imminent danger of going out of business.  Still, it's a sign that issues with brick-and-mortar are spreading beyond dead malls and the businesses associated with them, including chain restaurants.

That reminds me; remember the list of stores by category that are likely to close by 2026 in 12,000 stores are likely to close this year, including at least 313 Fred's, a tale of the Retail Apocalypse?  The USA Today article reported the total could be even worse.

The brick-and-mortar downturn is expected to continue, according to a report released this week from UBS Securities. Investment bank analysts said 75,000 more stores would need to be shuttered by 2026 if e-commerce “penetration rises from 16% currently to 25%.”

Wow!  As I wrote last month, "Looks like I'll be busy covering the Retail Apocalypse for quite a while."
Posted by Pinku-Sensei at 3:01 PM