geoffrey.skelley (Geoffrey Skelley, elections analyst): OK, so my first pick is former Colorado Gov. John Hickenlooper. He had just 13,000 donors at the end of June and is very unlikely to make the September debate, considering he also has just one qualifying poll (he still needs three more). Plus, he has an exit ramp available to him: running for Senate in Colorado.

And it seems like Hickenlooper might be open to the idea of mounting a challenge to GOP Sen. Cory Gardner. There’s also some evidence that this might be a good move for Hickenlooper, too. A poll released Tuesday found him ahead of Gardner, 51 percent to 38 percent, and another survey this week showed Hickenlooper leading the crowded primary field by about 50 percentage points.

Yeah, Hickenlooper has resisted calls for him to run for Senate for a loooong time.

He even said back in February that “I’m not cut out to be a senator.” It seemed pretty definitive.

But then last week, he appeared to subtly change his tune when his communications director said “he hasn’t closed the door to anything.”

To me, that’s a sign that he may be preparing to jump ship.
...
sarahf: OK, Geoff … so does Hickenlooper drop out before October? Or … before Iowa?

geoffrey.skelley: I think he drops out before October after failing to qualify for the September debate.

We did indeed.  It took only a day for Geoffrey Skelley to be proven right, as MSNBC's Velshi & Ruhle reported just a few hours ago Hickenlooper Drops Out Of 2020 Race, Giving Senate Run 'Serious Thought'.

John Hickenlooper, former Colorado governor, drops out of crowded 2020 Democratic presidential race. He says he intends to give "some serious thought" to the possibility of a US Senate run in Colorado.

About the only thing Skelley got wrong was Hickenlooper staying in until he found out he didn't qualify for the September debate.  Otherwise, he called Hickenlooper being the first candidate to drop out after the draft.  Congratulations.

I also thought he'd drop out soon, as I wrote in On The Issues shows most of the Democratic candidates have moved left during the campaign, too.


Despite the shift in scores, he is now the most moderate candidate remaining.  That might change, as Politico reported Hickenlooper campaign in shambles earlier this month.  That makes him my pick to drop out next, probably when he fails to qualify for the third debate or runs out of money, whichever happens first.

Mike Gravel dropping out screwed up my prediction that he'd be next, but I was only one candidate off.  Besides, I think my readers might forgive me for forgetting about Gravel.

Hickenlooper was one of the candidates Full Frontal with Samantha Bee mentioned in A Message to Democratic Presidential Candidates: Run For Senate, Goddammit!

Of the teeming herd of Democrats running for president, more than a few could direct their ambitions elsewhere...like maybe to the Senate where they could actually make a difference? Or one of those crazy mud races, if they insist on making a mess of things.

If Hickenlooper runs for Senate, I'm sure Bee will be pleased, along with many other Democrats, including me.

Follow over the jump for the drink and infographics I'm retiring now that Hickenlooper is out of the presidential contest.

I begin with the cocktail I recommended for Hickenlooper in Drinks for the Democratic debates, Part 2.


John Hickenlooper opened the first craft brewery in Denver, Wynkoop Brewing Company, so if my readers can get one of their beers, they're set.  However, Hickenlooper refrained from plugging his beer to Eater, instead responding “I do have a sweet tooth, and I will look for those little bowls of, you know, M&M’s or mints.”  I used one M&M drink for Jay Inslee already, but I'm not above using another, Tipsy Bartender's M&M Delight.

If my readers have as much of a sweet tooth as Hickenlooper, then they should love this drink.

I might pull that drink out of retirement should Hickenlooper run for Senate.

Now, the following infographics, which show Hickenlooper as the most moderate candidate in the contest until today. 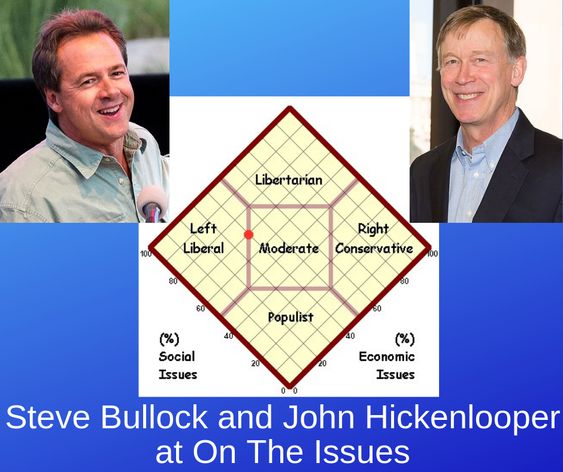 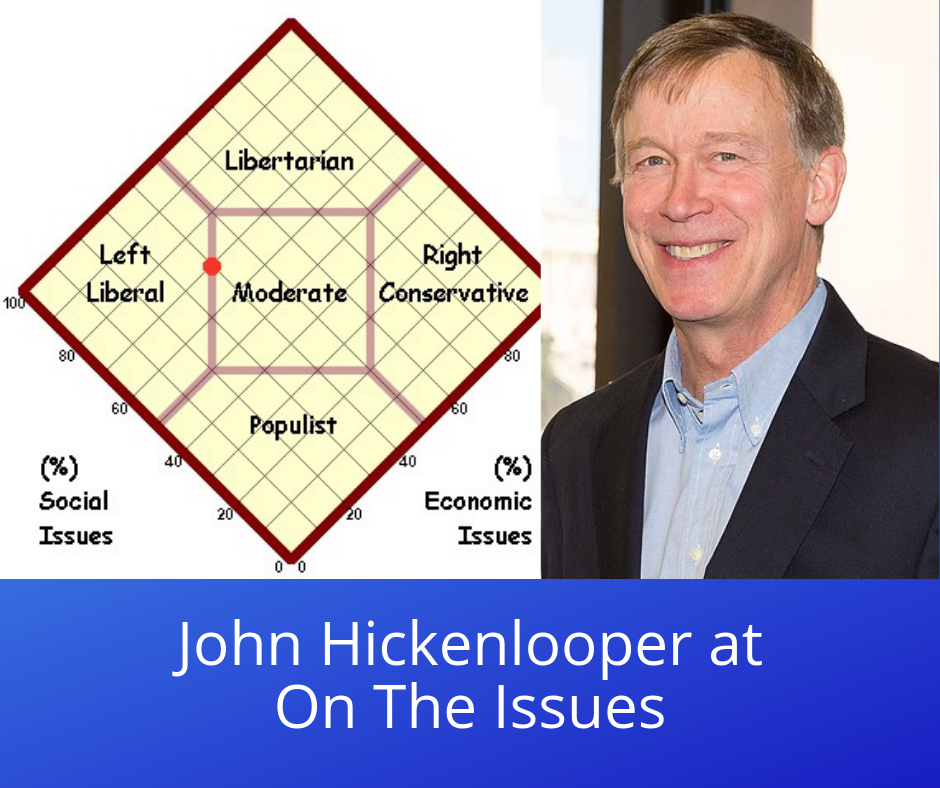 Farewell, for now, Governor.  Here's to hoping you run for Senate!
Posted by Pinku-Sensei at 6:59 PM