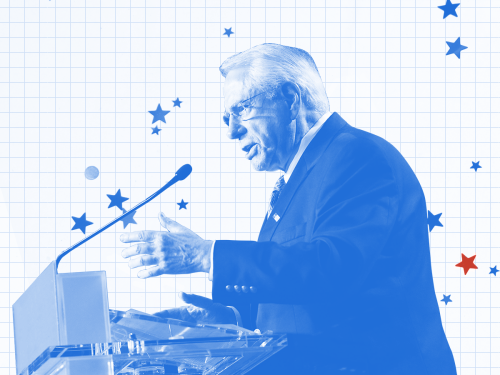 In Drinks for the candidates who didn't make the debates, I snarked "I also want to be prepared for when they eventually drop out, just as I did for Eric Swalwell earlier this month."  It only took a week, as Mike Gravel dropped out Tuesday.  CBS News has the story in Mike Gravel's former campaign manager reflects on end of run.

Former Alaska Sen. Mike Gravel officially ended his 2020 presidential bid by endorsing Sen. Bernie Sanders and Rep. Tulsi Gabbard. The campaign was almost entirely run by teenagers on social media. One of those teens, Gravel's former campaign manager David Oks, joins CBSN's "Red & Blue" to talk about how he convinced the 89-year-old to run in the first place.

Considering that On The Issues rates Gravel as tying Sanders as the socially most liberal candidate, I'm not surprised he's endorsing Sanders.  His support of Tulsi Gabbard doesn't make sense in terms of the numbers, although she has become more liberal socially as well, as On The Issues now rates her social score as 85, seven points to the left of where she was last month and fifteen points to the left of where she was in June.  However, noninterventionism is her signature issue and she has a radical demeanor, even as her economic stances have become more moderate (her economic score at On The Issues is now 35, five points to the right of where it was two months ago), so those make Gravel's support more comprehensible.*

Speaking of Gabbard, Samantha Bee name-checked her in Democratic Candidates, Please Drop Out on Our Show!

FOR IMMEDIATE RELEASE: TBS’s late-night hit Full Frontal with Samantha Bee is pleased to welcome all Democratic candidates to officially drop out of the race on live TV.

Now that all eligible candidates have had their chance to debate the important issues like healthcare, immigration, and if Zendaya is really Meechee, it is time for the party to begin to coalesce around one singular candidate who can take on President (Predator) Trump.

With upwards of two dozen candidates in the race, campaign announcements have had to get creative, and many flocked to announce on late night shows. However, Samantha Bee and her team are proud to welcome candidates to drop out on Full Frontal for the first time in history. She will shower them with balloons, music, and a live studio audience! It’ll be a party that the whole country can be proud of. Plus, it’s a great place to get rid of all their campaign’s unused merch.

“Honestly, I’m not sure all the candidates can even fit on my set,” said Bee. “But if they can stagger the dropouts, I’d love to throw them each the biggest, most kickass drop out party you’ve ever seen. Plus there will be a cake of their choosing! Except for red velvet—red velvet is for closers.”

Too bad Gravel didn't take Bee up on her offer.  That would have been more fun to watch than his former campaign manager doing it for him on CBS News.

Now that Gravel has dropped out, it's time to retire the following graphics and recipes.  Follow over the jump. 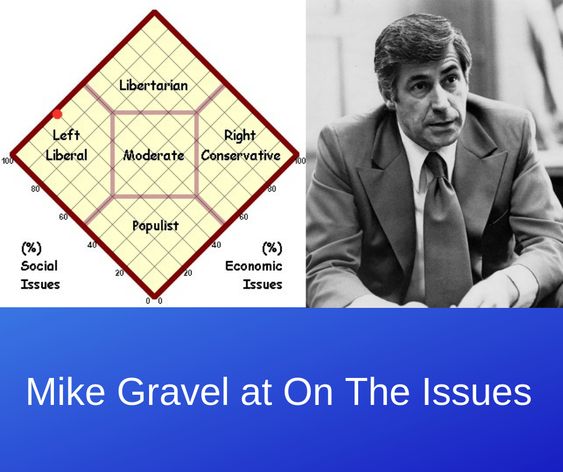 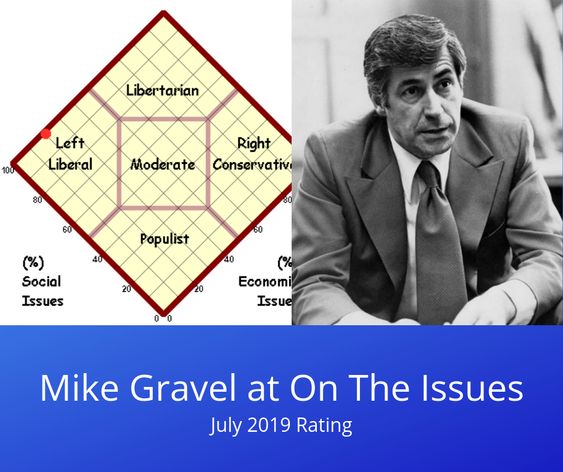 The former U.S. Senator from Alaska had been the twentyfirst most liberal in June; he dropped out as the eighteenth most liberal — at least until I revisit the ratings from On The Issues and re-rank the candidates; fourteen of them have changed positions, mostly to the left.  That means I will have to write an entry updating the candidates from left to center.

I close with two drinks to toast Gravel on his way out. 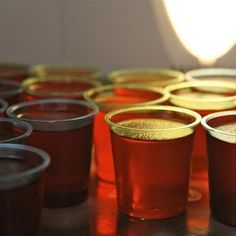 Chill the Everclear in the refrigerator for at least 30 minutes or until it's cold.

Bring 1 cup of the water to a boil over medium-high heat. Reserve the remaining water.

Add the powdered gelatin to a medium-sized mixing bowl. Pour the boiling water over the gelatin and stir until the powder dissolves.

Stir the cold Everclear and remaining 1/2 cup water into the hot Jell-O mixture.

Pour the hot Jell-O shot mixture into individual shot glasses or 2-ounce portion cups. Refrigerate for approximately 3 hours or until the gelatin sets.

The other option would be a Duck Fart, the unofficial cocktail of Alaska.


Serious question: Does this shot taste better than it sounds? I sure as hell hope so, 'cause Alaskans go crazy for this layered shot of Kahlua, Bailey's Irish Cream and Crown Royal whiskey. They claim that the "flavors mesh so well together." I'll just take their word for it.

It turns out Tipsy Bartender has a recipe video for it.

This layered shot is simple, smooth, and creamy!

*These changes have moved her position on the Nolan Grid that On The Issues uses, so I will have to make a new graphic for her — again.
Posted by Pinku-Sensei at 9:44 AM