An update on record low U.S. birth rate during 2018 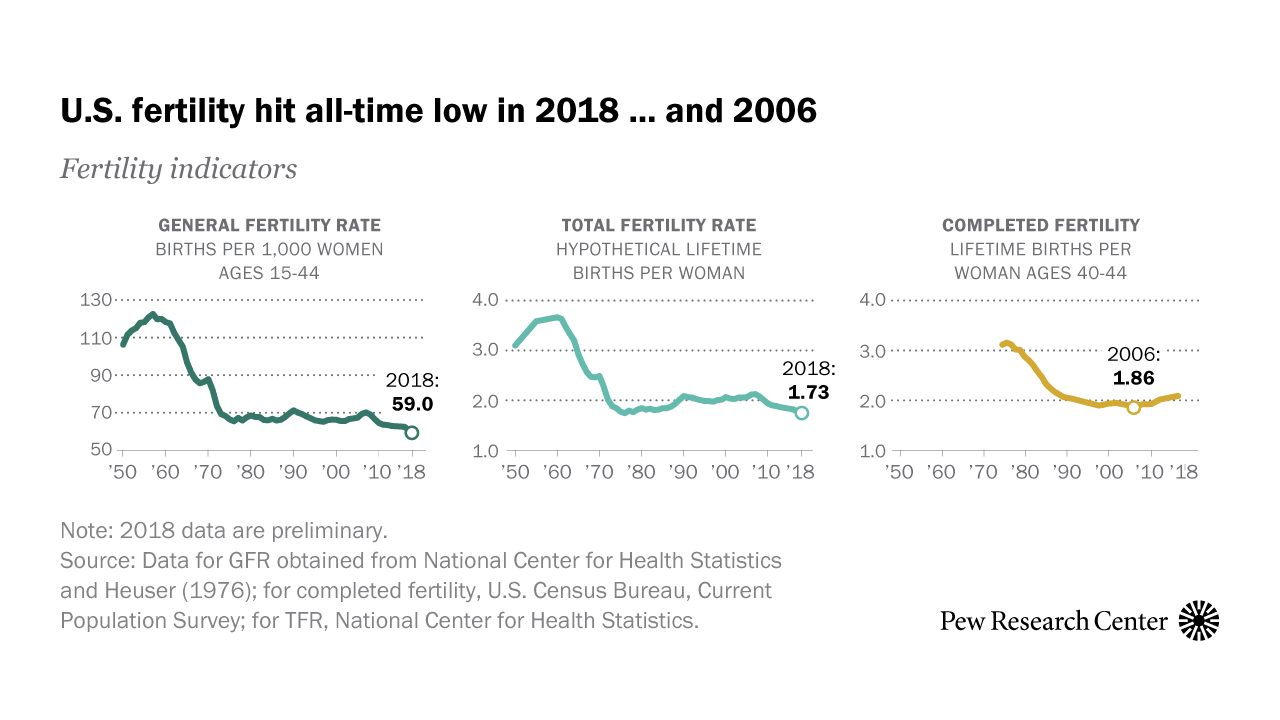 Yesterday, I saw a lot to remind me of U.S. birth and fertility rates continue falling and setting record lows for Father's Day.  First, I gave it and the rest of the top posts from June 2019 social media boosts for #FlashbackFriday.  It was the entry that appeared in the most categories for the month.  The entry was the 7th most read entry posted during June 2019 and 9th overall with 288 default and 332 raw page views.  It also tied for second most commented on entry during the month with four, and tied for most replies to a single tweet during June 2019 with 3 replies in 1 thread.  Impressive.  Second, Wochit News posted an update on U.S. birth rates with Birth Rates At An All Time Low.

New data from the National Vital Statistics System shows birth rates are at an all-time low in the United States.
There were just 59.1 births for every 1,000 women between the ages of 15 and 44 in 2018.
Experts worry this could eventually result in a "demographic time bomb," says Business Insider.
Such a time bomb would mean fertility rates decrease at the same time longevity increases.
This decreases the workforce as well as the number of people able to stimulate the economy.
The trend represents some societal shifts, like a decrease in teenage pregnancies and unlivable wages.

On the one hand, the U.S. is doing its part to slow down population growth.  On the other hand, a possible shrinking economy in the future, which is bad for business as usual.  It's time to be a good environmentalist and recycle what I wrote last year.

Here's to hoping the U.S. learns how to thread that needle.
Posted by Pinku-Sensei at 5:03 PM