Happy Flashback Friday!  For today's retrospective, the topic is the coronavirus pandemic, as if nearly all the posts here for the past four weeks haven't been on that topic in one way or another.  I'll review the top posts on the subject during the ninth year of this blog over the jump.  Above the fold, I'm going to focus on yet another aspect of American life the pandemic may change when it's over, elections.  Watch CNBC explain Why Coronavirus May Change How Americans Vote.

In Ohio, a judge rejected a lawsuit backed by Republican Governor Mike DeWine to extend the state’s presidential primary elections scheduled for April 9 to June 2. DeWine said he made the recommendation following guidance from public health officials, but claimed that he lacked the legal authority to suspend the election.

Ohio Democratic Party Chairman David Pepper said he supported the recommendation to do away with Tuesday’s in-person voting, but added that the party was considering other ways of extending the election, including switching entirely to vote-by-mail with a “much earlier” deadline than June 2.
...
In the case of Wisconsin, the United States Supreme Court voted 5-4 on Monday to reverse an order extending the absentee ballot deadline for voting in the elections scheduled for Tuesday, stepping into a back-and-forth between Tony Evers, the state’s Democratic governor and the GOP-controlled state legislature.

The Supreme Court, which was considering a case brought before Evers issued his executive order, was not considering whether voting would take place on Tuesday, but only whether to keep in place an order that extended the deadline for absentee ballots to be postmarked.

In an unsigned order from which the court’s four liberal justices dissented, the court did away with the extension. The top court’s five Republican-appointees, none of whom attached their name to the court’s order, reasoned that extending the date by which voters could mail absentee ballots “fundamentally alters the nature of the election.”

Democrats and voting rights groups had gone to court to push for an extended deadline, warning that coronavirus fears could keep voters from the polls. On Friday, a federal appeals court upheld a one-week extension for absentee ballots.

Michigan to mail ballots and $400 million for elections in coronavirus stimulus bill update the election news and views for the ninth year of Crazy Eddie's Motie News wasn't enough, especially when I saw that CNBC had uploaded a video on the subject.  CNBC explores why coronavirus is more dangerous for diabetics convinced me that they were a good source of videos about the wide-ranging effects of COVID-19.

Follow over the jump for the most read entries about the pandemic from the ninth year of this blog. 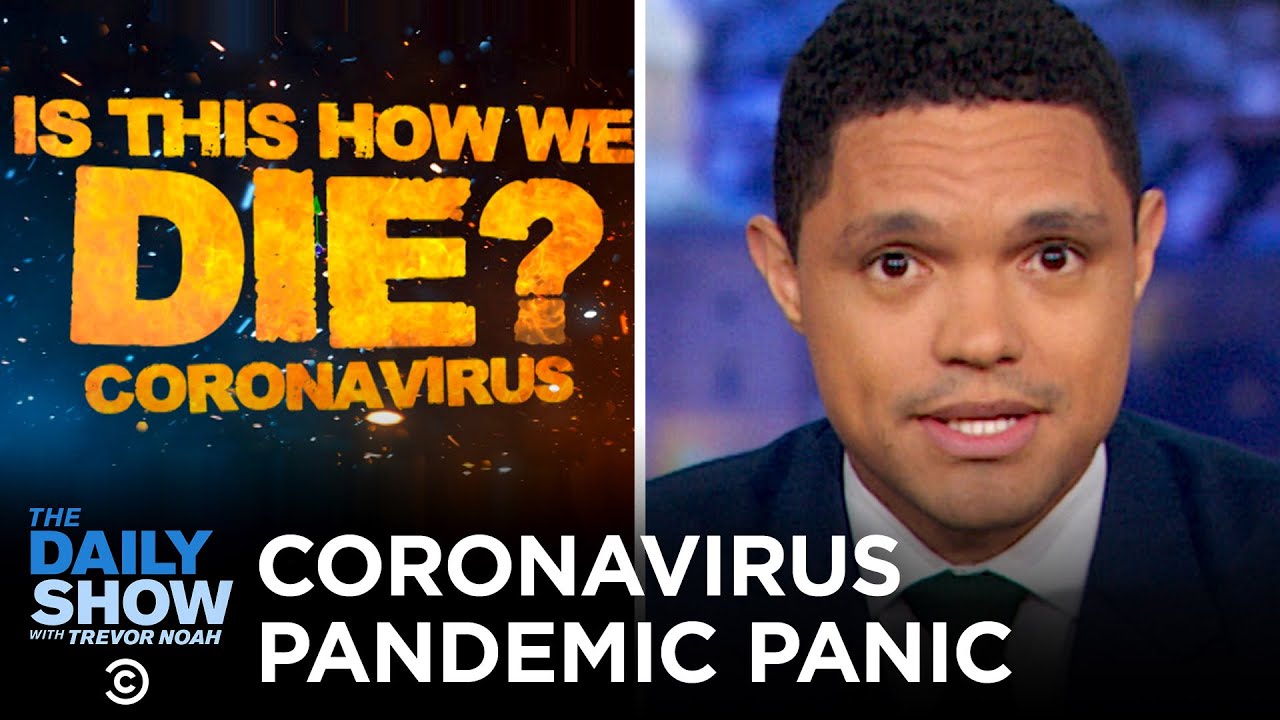 The most read entry about the pandemic on my blog before March 21, 2020 was Closer looks at the coronavirus outbreak from Meyers, Noah, and Colbert from February 28, 2020.  It had ~1,000 default and 1,046 raw page views, which ranked it seventh according to the first measure and 12th according to the second among entries posted between March 21, 2019 and March 20, 2020.  Including the back catalog, it was the 17th most read overall during the last blogging year.  I shared the link at the Coffee Party USA Facebook page, which helped it earn 595 default and raw page views by the end of February, ranking it eighth for the month according to default views and ninth according to raw views.  Infidel 753 then shared the link at the beginning of March, helping it gain another 175 default and 462 default page views by the end of the month, allowing the entry to become the 16th most read entry for the month according to the default counter.  Thanks, Infidel! 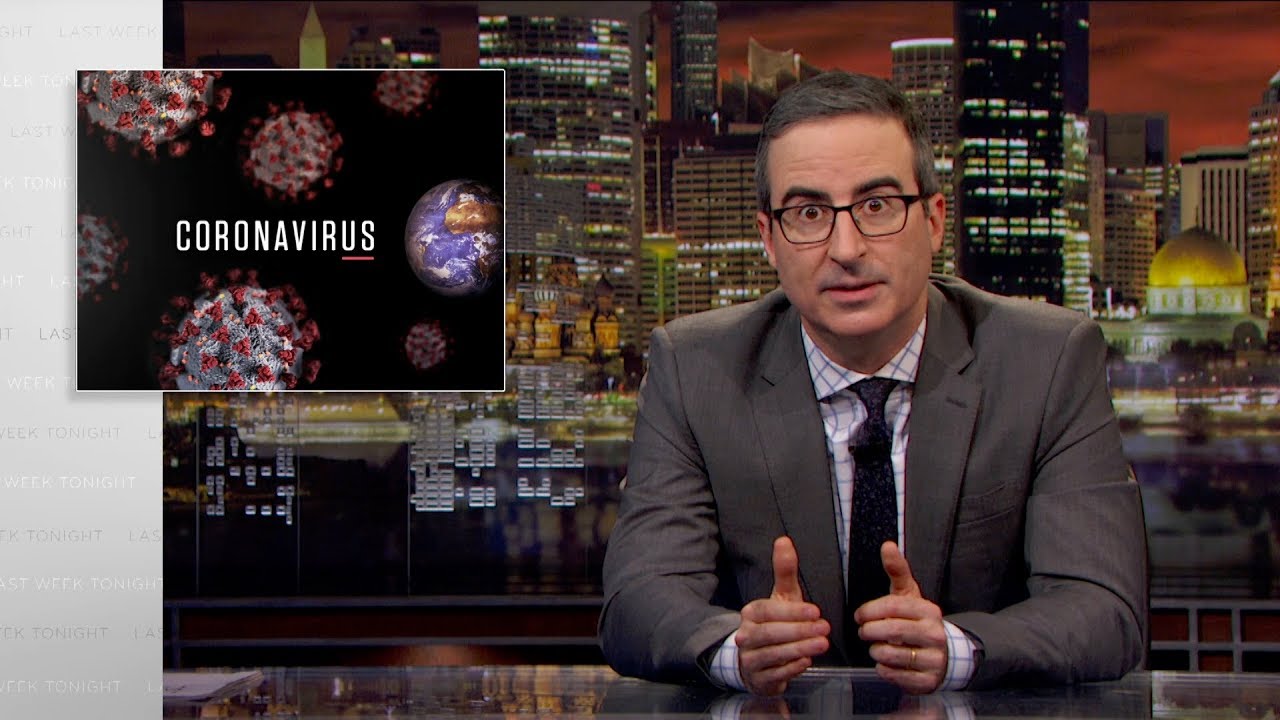 John Oliver on coronavirus from March 5, 2020 has a similar story to the previous entry.  I shared the link at the Coffee Party USA Facebook page, then Infidel 753 shared it at his blog.  Between the two, it earned 839 default and 853 raw page views by March 20, 2020.  It ended the blogging year as the 13th most read according to the former metric and 20th according to the latter, at least among entries posted between March 21, 2019 and March 20, 2020.  Including the back catalog, it was the 26th most read overall.  It ended the month with 835 default page views — the incredible shrinking default meter strikes again! — but 862 raw page views to become the third most read entry for March 2020.

The last entry for today is about a different disease.  Following the measles outbreak in the U.S. and Michigan from April 6, 2019 ended the previous blogging year with 782 default and 1,050 raw page views to rank as the 17th most read entry posted between March 21, 2019 and March 20, 2020 according to the default counter and 11th according to the raw counter.  Including the back catalog, it ranked 16th overall for the year.  Like the other two posts I described above, I shared the link at the Coffee Party USA Facebook page and Infidel 753 shared it at has blog.  In addition, I included the link in a comment on The Curse of the Thinking Class at Kunstler's blog.

As for what you quoted from our host about "this diseased animus," that reminds me that a lot of people were talking plague and ebola last week, including me.  That inspired me to write more about disease this week, both about the 2018-2019 flu season and the measles outbreaks in the U.S.  Not the illnesses our host is talking about today or what his readers where talking about last week, but diseases nonetheless.

I'm sure the pandemic, like the election, will be a subject of a retrospective next year as long as I survive it.  There are already two entries from the current blogging year about the response to COVID-19 in the current default top 20.