Happy Talk Like A Pirate Day! For today's celebration, I'm featuring the newest addition to the Pirates of the Caribbean crew, Redd, who is both an animatronic and a walk-around character, as an example of how to talk like a pirate, a female Irish pirate at least.

I begin with Disney Dan's New REDD Meet & Greet at Disneyland Docks! Pirates of The Caribbean Redd Auction Character, which has the best preview image of all the videos with good sound I found.

Meet the brand new character experience at Disneyland, Redd as she tells you stories of pirates and adventure outside the newly reopoened Pirates of The Caribbean at Disneyland!

I don't know how to break it to her, but potatoes will cause the Irish a lot of misery about 100 years in the character's future.

Next, Inside The Magic's Redd NEW Pirates of the Caribbean character FIRST APPEARANCE at Disneyland.

Video of the all-new Redd Pirate character meet-and-greet near the Pirates of the Caribbean attraction in New Orleans Square at Disneyland in Anaheim, California.

This video shows a lot more of her interacting with children, which highlights a different side to the character.

We met Redd the pirate from Pirates of the Caribbean at New Orleans Square in Disneyland! She is a new walk-around character that debuted a couple of weeks ago, along with a new auction scene for the attraction.

I don't think Redd was all that enamored of the fellow doing the filming.

Of course, all of this is a family-friendly fantasy. The reality looked more like this. 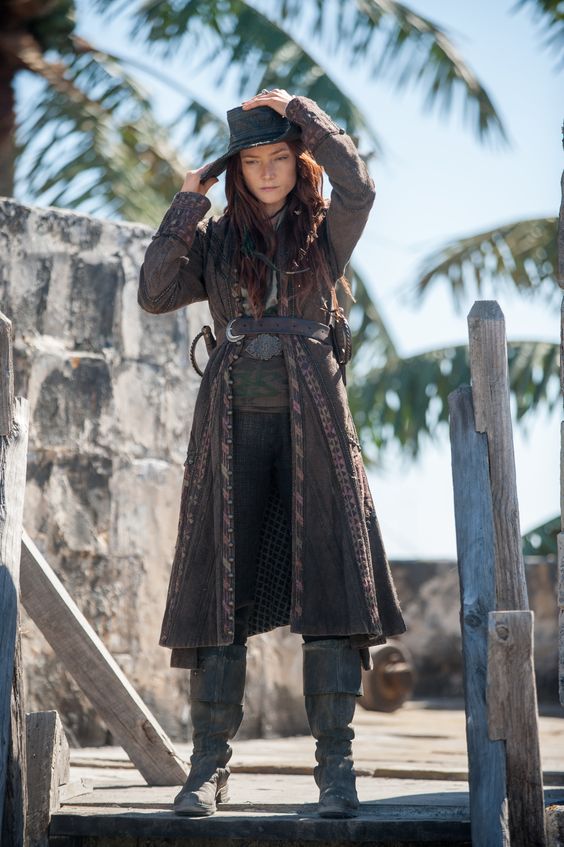 That's Anne Bonny from "Black Sails." I might feature her next year.

Now, stay tuned for the comedy series nominees at the Emmy Awards.
Posted by Pinku-Sensei at 12:00 AM