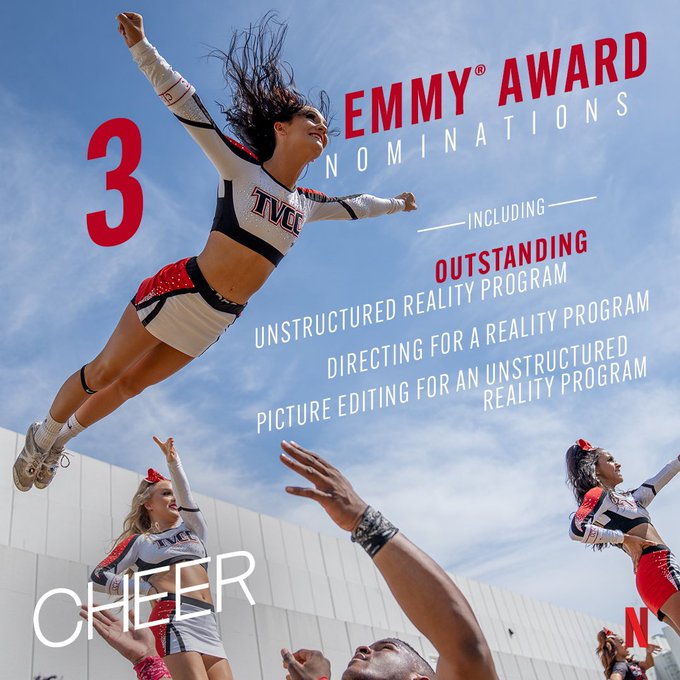 The Emmy-winning breakout sensation is back and the stakes have never been higher. As Season 2 opens and the buzz around their newfound stardom threatens to alter the dynamic of Navarro Cheer, the team finds no amount of press frenzy could compare to the challenges they must face when COVID-19 upends the 2020 cheer season and a serious criminal accusation is levied at one of their teammates. Against that dramatic backdrop, the 9-episode season expands to showcase Navarro’s fiercest rival: Trinity Valley Community College. As with the Navarro team, TVCC has a charismatic coach and breakout stars whose struggles, triumphs and stories extend far beyond the mat. As both teams push for the 2021 championship in Daytona, familiar faces take compelling detours and new contenders make a name for themselves. Cheer Season 2 is directed by Greg Whiteley (Last Chance U) and produced by One Potato Productions and Boardwalk Pictures.

For my reaction, I'm repeating what I wrote two years ago.

"Cheer" "follows the cheerleaders of Navarro College as they prepare for the biggest moment of their lives." Navarro College "is a public community college in Texas," so it takes place at a local government institution. Again, public education is a function of government.
...
As someone who marched in drum corps and still follows the activity, I can relate to their experience, at least in terms of practice and judged competition. I wonder if my fellow drum corps alumni would agree. I'll have to ask.

I asked on Facebook and my fellow drum corps alumni agreed with me about "Cheer." They loved it!

Since this is the only nomination for "Selling Sunset," I'm sharing its promotional picture from Instagram via Twitter here. 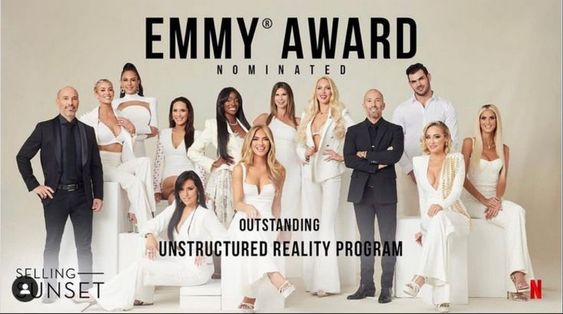 I think they're selling something in addition to real estate.

This is also the only nomination for "RuPaul's Drag Race: Untucked," but I'll share its promotional image when I cover the main show.

Follow over the jump for the rest of the unstructured reality program nominations at the 74th Primetime Creative Arts Emmy Awards.

Watch the cast of in Love on the Spectrum U.S. | Official Trailer | Netflix.

This insightful and warm hearted docuseries follows autistic people as they navigate the world of dating and relationships.

I see why it got the nomination. 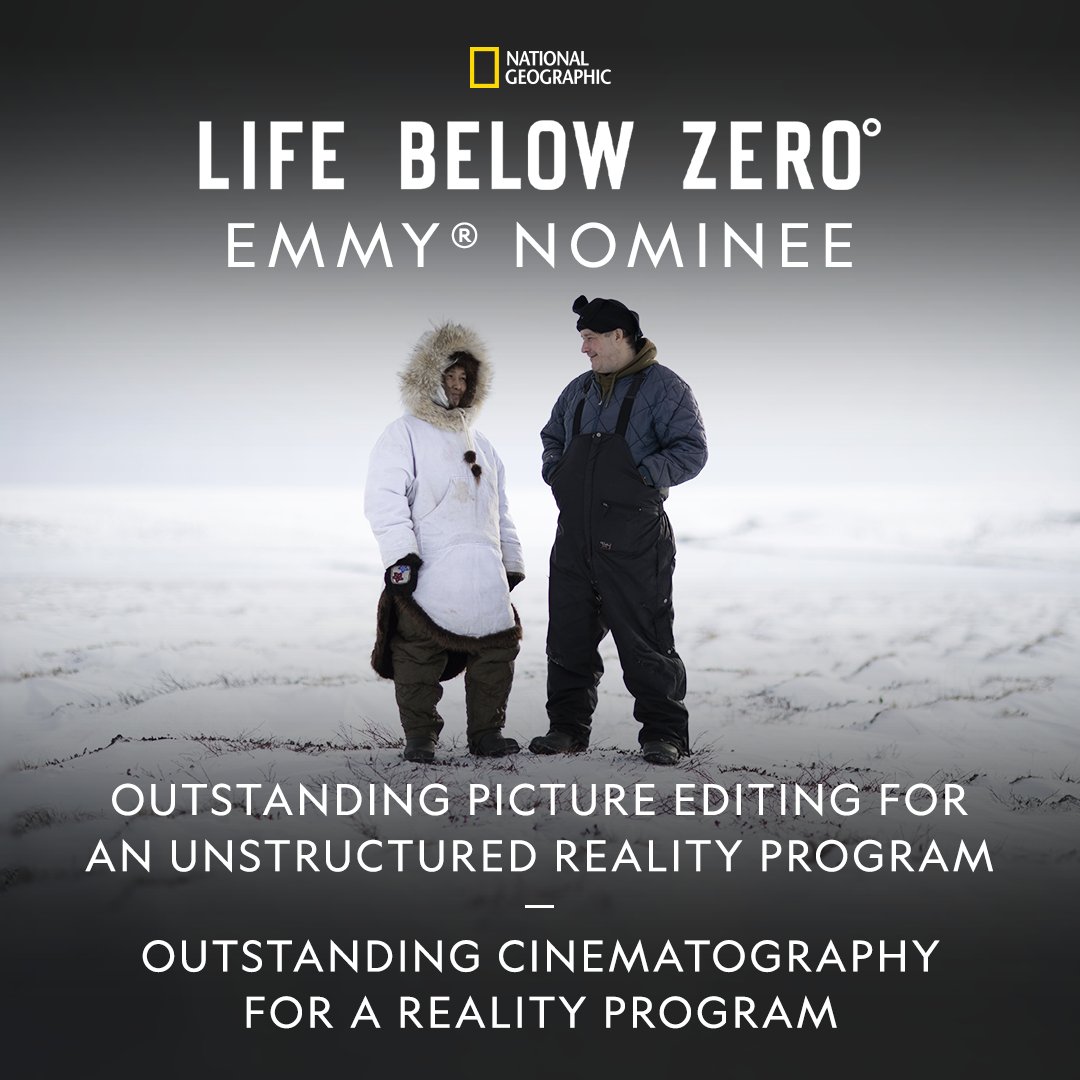 I'm recycling my reactions, beginning with this from Barack Obama nominated for Outstanding Narrator of 'Our Great National Parks' at the 2022 Emmy Awards.

Unstructured reality shows have more about the human struggle against nature, with "Deadliest Catch" and "Live Below Zero" earning two Emmy nominations each, both for Outstanding Cinematography for a Reality Program, where they are competing against "Survivor," and Outstanding Picture Editing for an Unstructured Reality Program, for a total of five.

The second is an update of 'Queer Eye' leads structured reality program nominees again at the Emmy Awards while 'preaching love, acceptance, pride, and compassion', I think "Life Below Zero" will win this category for the fifth consecutive year. 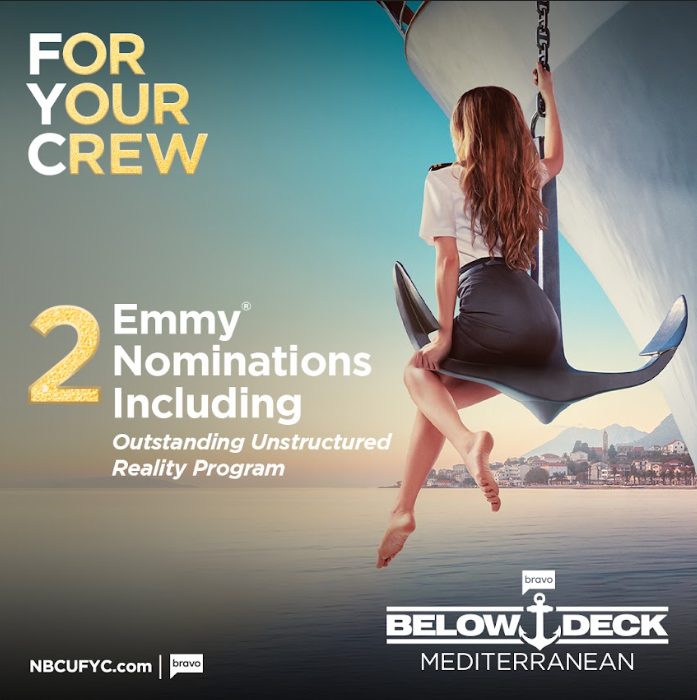 This category is another rematch from two years ago, when "Cheer" beat both "Deadliest Catch" and "Life Below Zero," which won last year in the absence of "Cheer." I think this is a contest between the two, with a slight advantage to "Cheer" because it won the first head-to-head matchup between the two in 2020.

Previous posts about the 2022 Emmy Awards
Posted by Pinku-Sensei at 10:22 AM