I closed 'Saturday Night Live' earned ten Emmy nominations plus looks back at the 2021-2022 season by admitting a mistake.

There are actually seven nominations for "The Daily Show with Trevor Noah" and its three spinoffs. I'll get to the one I missed in the next installment of this series. Stay tuned.

We made Desi Lydic watch 439 hours of Fox News so she could explain what the January 6 hearings are REALLY about.

On the one hand, that's hilarious. On the other, that's about all I can take of Fox News opining on the January 6th Committee hearings, even as satire. No wonder a study found Fox News viewers less informed than people who watch no news at all.

Enough of that for now, although I think I will embed more of Lydic's videos in the future. It's time for the nominations for acting in short form comedies and dramas from 74th Primetime Creative Arts Emmy Awards. 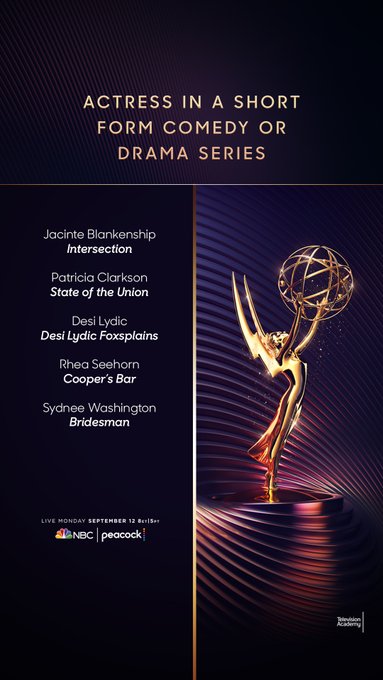 Out of all the nominees, I'd say the favorites are the Oscar-nominated and Emmy-winning Patricia Clarkson and Emmy-nominated Rhea Seehorn. These are the only Emmy nominations ever for Lydic, Jacinte Blankenship, and Sydnee Washington and the only award nominations period for Blankenship and Washington. Lydic at least has a Webby Award for Video - Best Web Personality/Host, but she may have to be happy with that this year.

Now that I've covered Lydic's nomination, I can share the following image from #ShareSouthAfrica on Twitter, who correctly counted the number of Emmy nominations for "The Daily Show with Trevor Noah" and its three spinoffs as seven, not six, as I carelessly did. Oops. 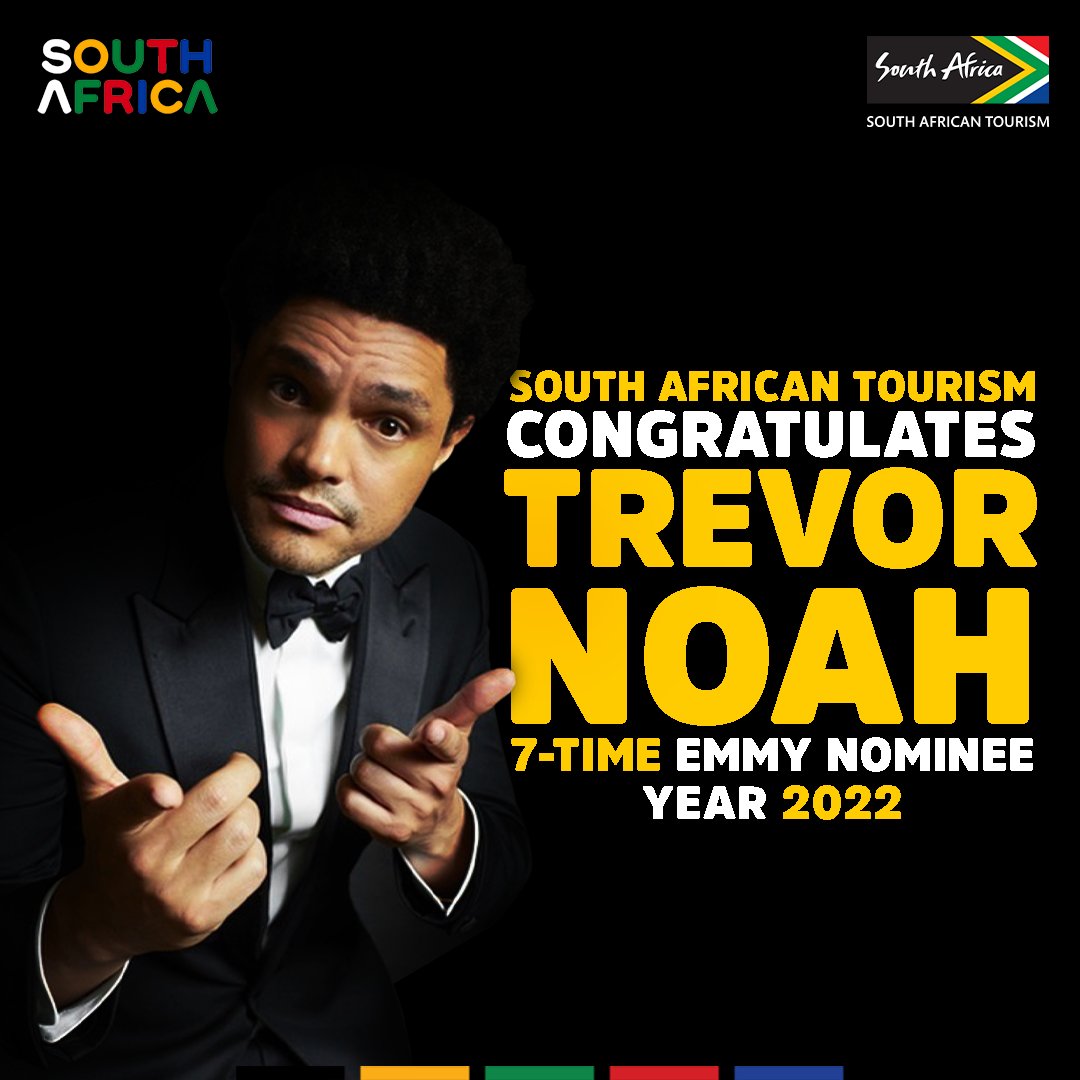 With that, "The Daily Show with Trevor Noah" has the lead among talk variety shows, beating both "Last Week Tonight with John Oliver" and "The Late Show with Stephen Colbert," both with six including "Tooning Out the News" for the latter. Congratulations!

Follow over the jump for the rest of the short form nominations. 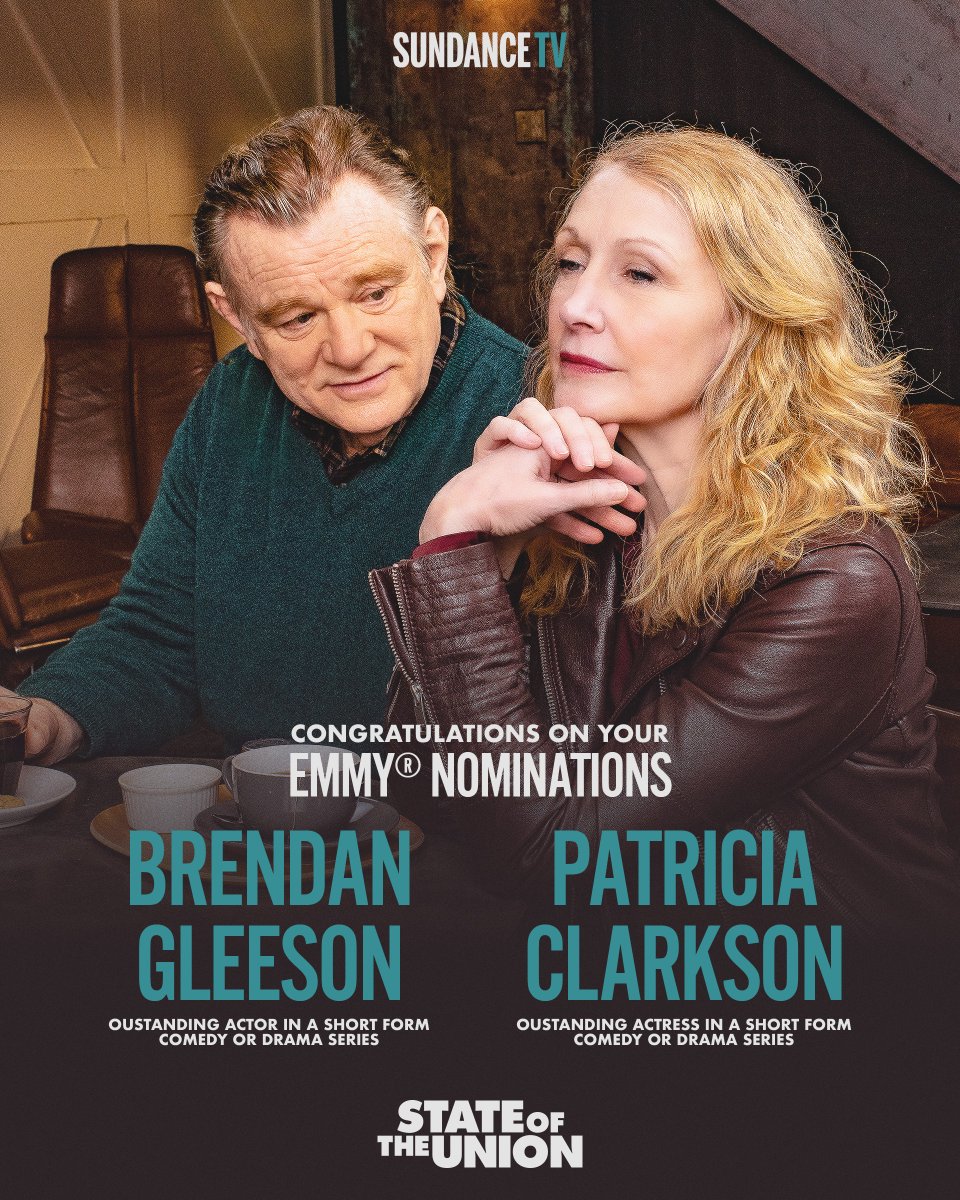 I think the Emmy-winning Brendan Gleeson is the favorite in this category, especially since he's nominated along side Clarkston to make this probably the best-acted short form show. Too bad it didn't get nominated in the next category, which I covered in Colbert examines Manchin agreeing to the reconciliation bill that would fight climate change.

While I'm rooting for "Tooning Out the News, clips of which I've embedded in my blog entries before, I have a soft spot for "The Randy Rainbow Show," which has been nominated for this category and its predecessor Outstanding Short Form Variety Series the past three years. I would like an independent YouTube creator winning against a field of network and streaming shows and spinoffs. It's not going to happen, as "Carpool Karaoke: The Series" won this and its predecessor category the past four years and I expect it will win again.

Instead, "I Think You Should Leave with Tim Robinson" earned nominations for the show and its actor/producer. I'd be very surprised if it wins either, but, who knows, Robinson could surprise me. So could Anthony A. Anderson, who has a lot of nominations, including for Daytime Emmy Awards, and wins for lesser awards. In fact, he's my second choice for winning the short form actor award.

For completeness, here's the final short form category, which I covered both in Trevor Noah examines Manchin deal, monkeypox, and Russia announcing it will leave the ISS plus six Emmy nominations for 'The Daily Show' and its spinoffs and 'Saturday Night Live' earned ten Emmy nominations plus looks back at the 2021-2022 season.

I'm not going to handicap the category more today. Instead, I'm embedding the most recent episode of this web series, A Bird Calling Champion Visits The Daily Show - Between The Scenes | The Daily Show.

When a bird calling champion is in the audience, make sure they prove it.

Sorry to say, Trevor, the Willow Ptarmigan is a real bird and it really does sound like that.

There are few birds whose vocalizations are as comical as those of the Willow Ptarmigan. The Lab's Charles Eldermire describes the experience of hearing this arctic grouse first hand.

Thanks to the Cornell Lab of Ornithology for recording and uploading this.

Previous posts about the 2022 Emmy Awards
Posted by Pinku-Sensei at 12:01 PM