I closed 'Queer Eye' leads structured reality programs with six nominations at the 2022 Emmy Awards by telling my readers "Stay tuned as I return with the nominations for competition shows as "RuPaul's Drag Race" again leads competition program nominees at the Emmy Awards while modeling diversity and acceptance." Without any further ado, I'm sharing the show's nomination at the 74th Primetime Emmy Awards.

I'm going to update what I wrote last year. "RuPaul's Drag Race" has won this award four years in a row, so I consider it the favorite on that criterion as well as its leading in nominations among competition programs with eight for the main show as well as one each for "RuPaul's Drag Race All Stars," "RuPaul's Drag Race Whatcha Packin' with Michelle Visage," and "RuPaul's Drag Race: Untucked." Its closest competition is "Lizzo's Watch Out for the Big Grrrls" with six nominations, which replaced "Dancing with the Stars" in this category, but the latter still earned three nominations at the Creative Arts Emmy Awards. Congratulations, Lizzo, Time's 2019 Entertainer of the Year. "Top Chef" almost ties Lizzo's show with five nominations for the show proper and a sixth for spinoff "Top Chef: Last Chance Kitchen." The rest of the field consists of "The Voice" with three nominations, followed by "The Amazing Race" and "Nailed It!" each with two.

Before I re-examine the categories I already featured in previous installments of this series and categories recognizing competition programs not nominated in this category, I'm sharing Gold Derby's interview of Tom Campbell ('RuPaul's Drag Race,' 'Untucked' executive producer): 'Tenacity of the human spirit'.

"I make a political statement every time I bat my false eyelashes" — well-said and a perfect quote to support why I cover this show.

Follow over the jump to read about the other nominations for competition shows.

Before I re-hash the other ten nominations for "RuPaul's Drag Race," I'm looking at the craft nominations for two competition shows that missed being nominated for Outstanding Competition Program, "Dancing with the Stars" and "The Masked Singer." 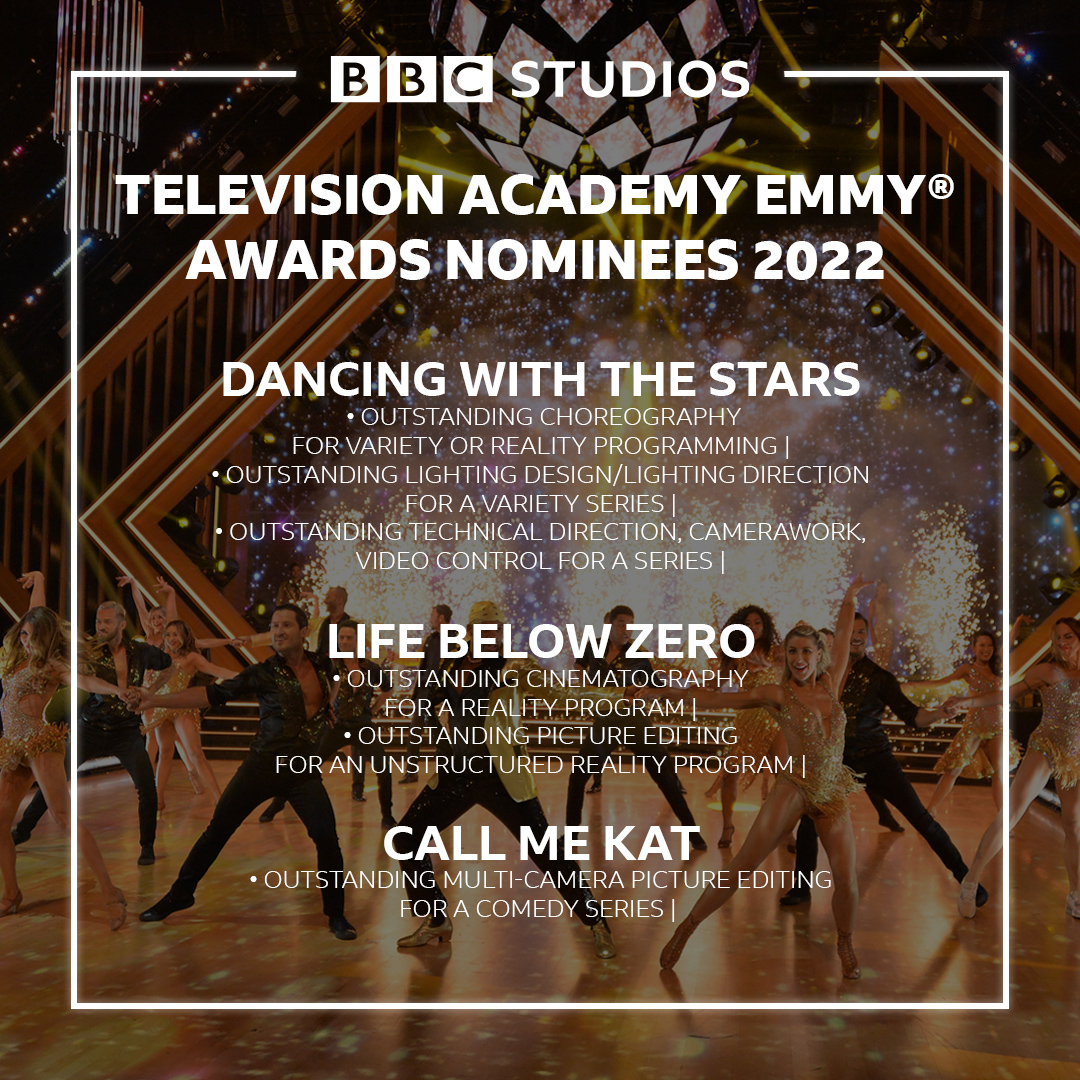 According to Wikipedia, "Juried awards generally do not have nominations; instead, all entrants are screened before members of the appropriate peer group, and one, more than one, or no entry is awarded an Emmy based on the jury's vote." That means all of these shows are already winners. Congratulations! 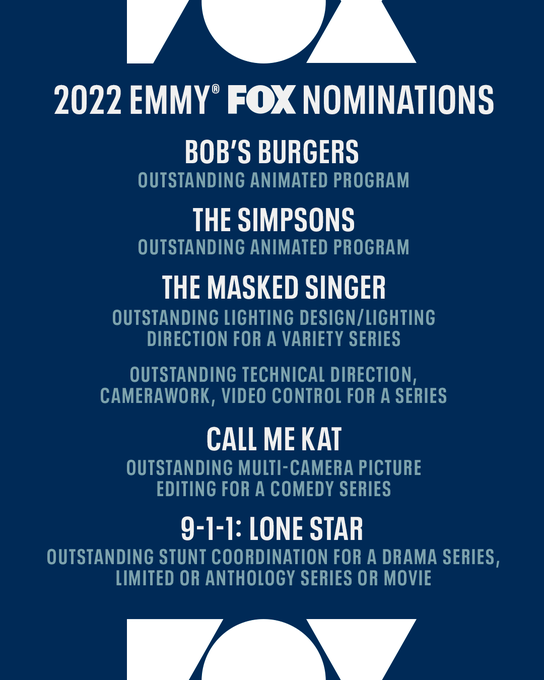 This is an area award, so one or more shows could win. In fact, all of them could, so I'm not going to bother handicapping them beyond noting that the previous winner, "Saturday Night Live," did not return, so this is an open category. Also, both "Dancing with the Stars" and "The Voice" are previous winners, so I expect both are likely to walk away with Emmy statuettes.

Still true. I suspect both "Dancing with the Stars" and "The Masked Singer" have good shots. 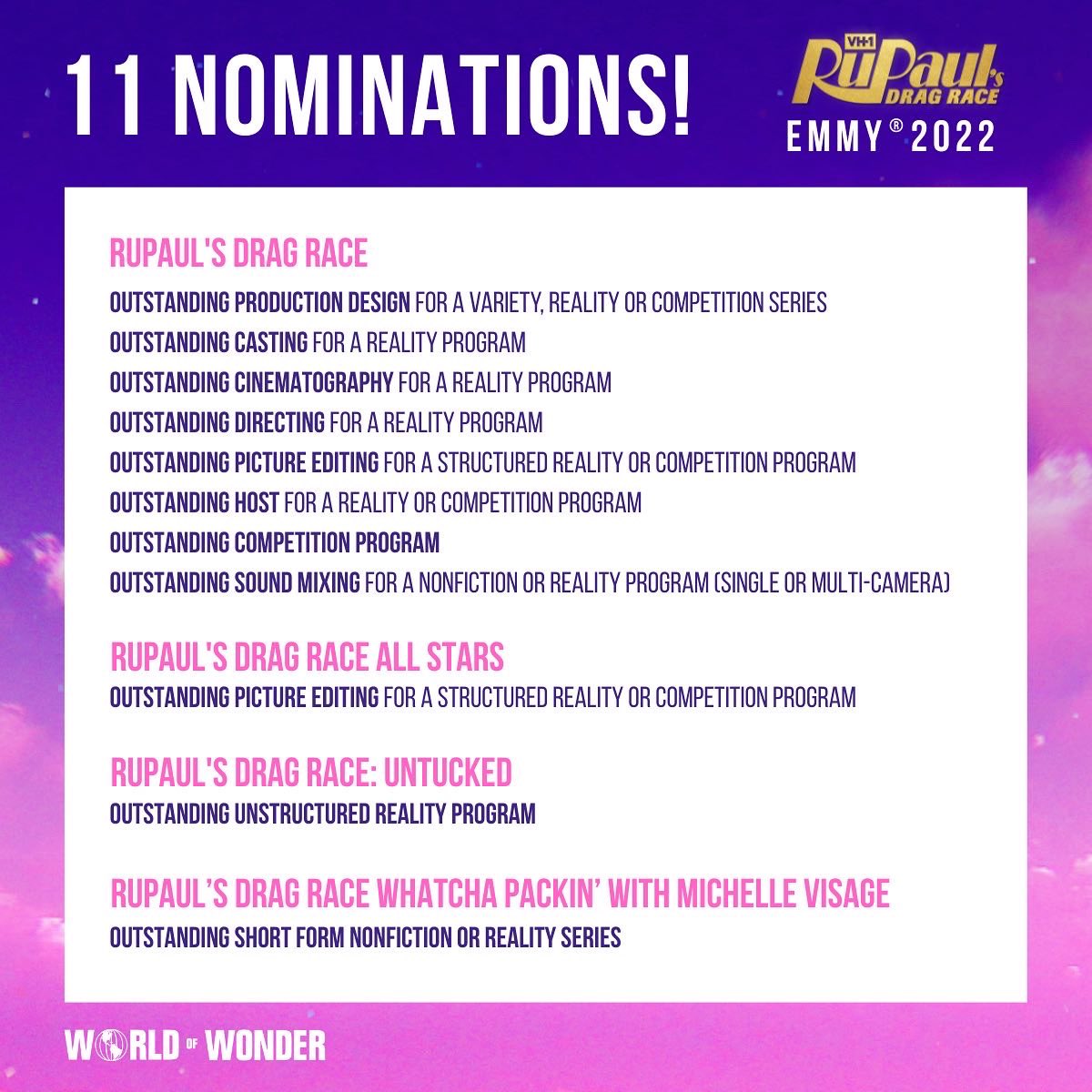 Before I return to "RuPaul's Drag Race" proper, I'm revisiting the program nominations for two of its spinoffs, beginning with one I covered in Trevor Noah examines Manchin deal, monkeypox, and Russia announcing it will leave the ISS plus six Emmy nominations for 'The Daily Show' and its spinoffs.

I re-examined this category in 'Saturday Night Live' earned ten Emmy nominations plus looks back at the 2021-2022 season, but did not make a prediction. I think it will be "Saturday Night Live Presents: Stories from the Show" because I think it has the quality edge over the quantity of "Between the Scenes — The Daily Show" and because its about television and how it fits inside society. The entertainment professionals will vote for good nominees about entertainment, especially if it's flattering (that's probably why "Allen v. Farrow" lost to "Secrets of the Whales"; "Allen v. Farrow" was not flattering). With that in mind, I'm sharing Gold Derby's interview of Michelle Visage ('RuPaul's Drag Race') on original show and Emmy-nominated 'Whatcha Packin'.

Michelle Visage ('RuPaul's Drag Race'): Emmy-nominated 'Whatcha Packin' is 'the first time I get to hug' and 'talk to' the queens. She has been with the "Drag Race" empire from the get-go, when it was a little-known mini-budget niche reality competition for drag queens. Gold Derby editor Rob Licuria hosts this webchat.

That was fun and informative. I enjoyed learning that "Talking Dead" helped inspire this show and seeing how happy Michelle Visage was to be nominated for her own show. I'm thrilled for her. 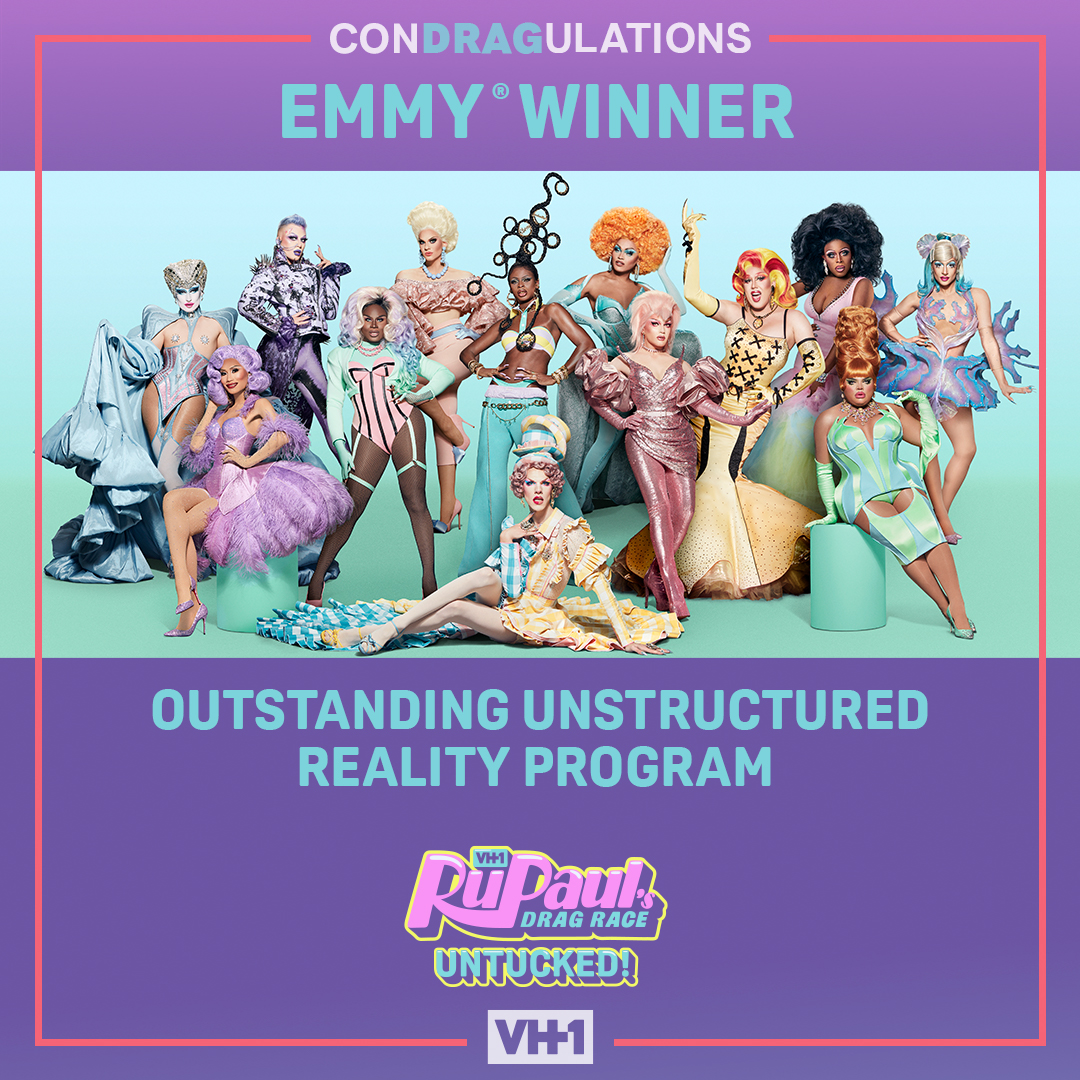 That was another fun and informative interview, including how the pandemic affected the casting process and the stories being told.

I'm recycling my reactions, beginning with this from Barack Obama nominated for Outstanding Narrator of 'Our Great National Parks' at the 2022 Emmy Awards.

Unstructured reality shows have more about the human struggle against nature, with "Deadliest Catch" and "Live Below Zero" earning two Emmy nominations each, both for Outstanding Cinematography for a Reality Program, where they are competing against "Survivor," and Outstanding Picture Editing for an Unstructured Reality Program, for a total of five.

The second is an update of 'Queer Eye' leads structured reality program nominees again at the Emmy Awards while 'preaching love, acceptance, pride, and compassion', I think "Life Below Zero" will win this category for the fifth consecutive year.

Jon 'Sarge' Schneider ('RuPaul's Drag Race' camera department): The queens are 'superheroes' because 'it's incredible what they're able to do.' The global phenomenon and Emmy powerhouse has won Best Competition Program the last four years running (and is nominated again this year). Gold Derby editor Rob Licuria hosts this webchat.

Congratulations on your nomination! 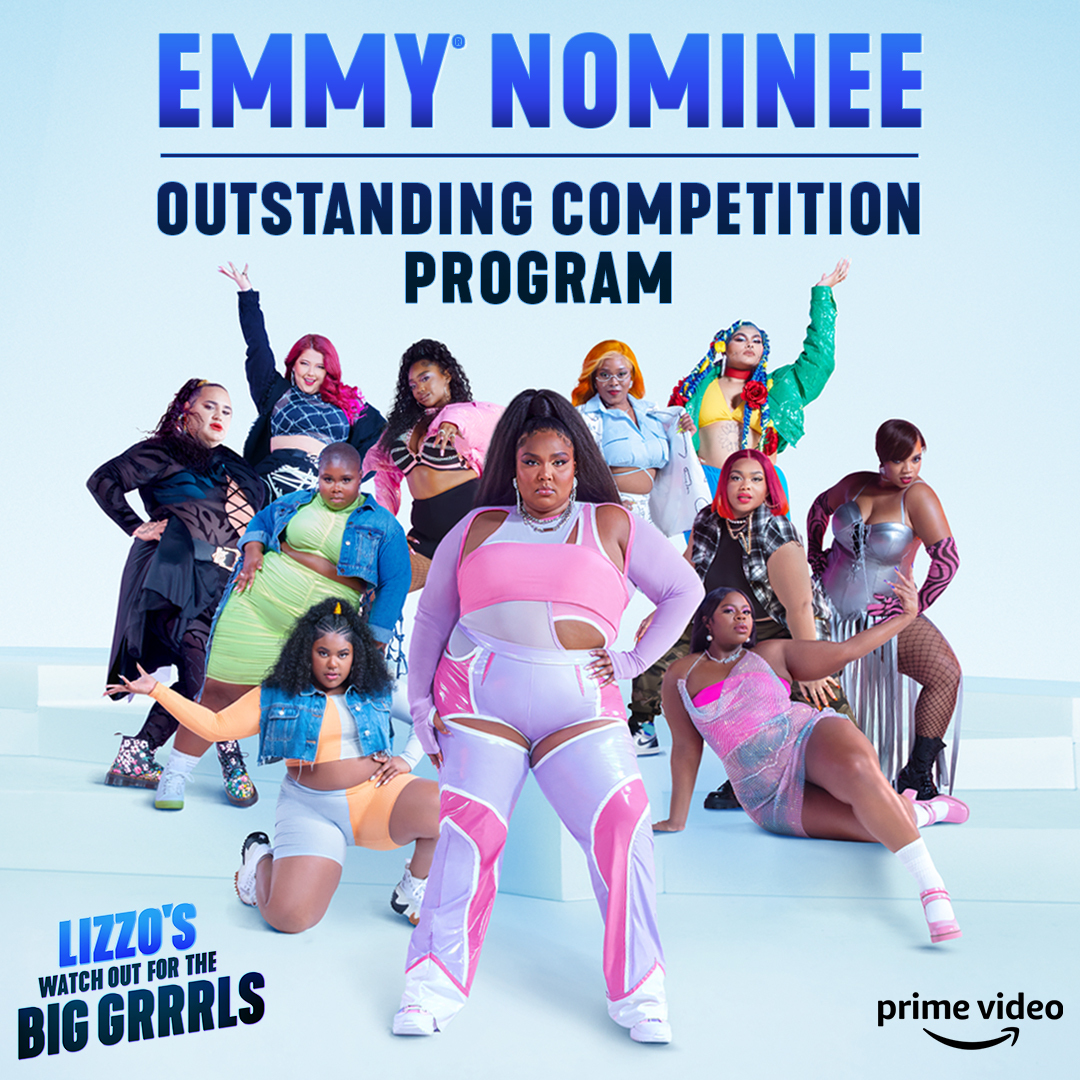 Nneka Onuorah ('Lizzo's Watch Out for the Big Grrrls') on Emmy recognition: 'We just all started screaming.' It's rare for first-year reality TV shows to break through, but that's exactly what happened to Amazon Prime Video's feel-good series. Gold Derby senior editor Marcus Dixon hosts this chat as part of a 'Meet the Experts" panel.

Now I have a pick to upset the previous winners.

Nick Murray ('RuPaul's Drag Race') on 'overwhelming' Emmy love: 'I'm living the dream.' He's already won two Emmys for directing the reality TV show, and is now one of the eight nominations it nabbed this year. Gold Derby senior editor Marcus Dixon hosts this chat as part of a 'Meet the Experts" panel.

Thanks to Gold Derby, I think I've shared videos of the three nominees most likely to win. May the best nominee earn the most votes!

Now for the nominations I covered in 'Queer Eye' leads structured reality programs with six nominations at the 2022 Emmy Awards.

RuPaul won this award last year, and has since since 2016, a string of six consecutive years. I expect this year will be the seventh...

Gold Derby interviewed the returning winner of this category in Jamie Martin ('RuPaul's Drag Race' editor): 'My goal is to tell stories of the queens truthfully'.

Jamie Martin ('RuPaul's Drag Race' editor): 'My goal is to tell the stories of the queens truthfully and in a way the audience can really connect with.' She discusses the Emmy-winning series hosted by RuPaul, for which she has won three times for her work on the VH-1 reality TV show. Gold Derby senior editor Denton Davidson is the host of this editing panel.

I'm impressed with Jamie Martin's experience in editing reality TV. No wonder she's won twice and is my pick to win again.

I first mentioned a nomination for "RuPaul's Drag Race" in 'Lucy and Desi' leads Outstanding Documentary or Nonfiction Special nominees with six nominations.

The reality shows have a strong showing in this category, so I'll reexamine it when I write about them.

I revisited this category in 'The Beatles: Get Back,' 'We Need to Talk About Cosby,' and 'Stanley Tucci: Searching for Italy' all nominated for five Emmy Awards in nonfiction series and wrote "'McCartney 3,2,1' [has] the best chance to upset 'The Beatles: Get Back.'" "RuPaul's Drag Race" and "Lizzo's Watch Out for the Big Grrrls" both have uphill battles to win this category.

I previewed the last category in Colbert examines Manchin agreeing to the reconciliation bill that would fight climate change.

For tomorrow's Sunday entertainment feature, I plan on taking a break from the Emmy Awards to begin my examination of the Saturn Awards nominations. Stay tuned.

Previous posts about the 2022 Emmy Awards
Posted by Pinku-Sensei at 5:08 PM