I begin today's driving update with a report on falling gas prices. The Today Show is up first with Gas Prices Fall Below $4 But Housing, Food Prices Continue To Climb.

The national gas average dipped below $4 for the first time since March on Thursday, signaling record inflation could be cooling off. NBC’s Tom Costello reports for TODAY.

That was good news for the consumer on gas prices, but bad news about other goods, indicating continuing high inflation. That's a topic I'm very likely to return to.*

Newsy dug deeper into the reasons for the fall in gas prices along with a warning that the drop might not last in Gas Prices Have Dropped, But The Relief Might Not Stick.

Though gas prices are going down, the war in Ukraine, higher demand or hurricanes could impact the trend.

The U.S. has been lucky, as NOAA predicted another above average Atlantic hurricane season for 2022 but no named hurricane has formed yet, just three tropical storms. Don't worry, or do worry, as the case may be, as the heart of hurricane season is yet to come and the various forecasting agencies are still predicting a more active than average season.

The guest in CNBC Television's Cinquegrana: There's still a little more downside for gas prices before it pauses and maybe reverses expressed both relief that no hurricane has hit the oil-producing and refining part of the U.S. Gulf Coast and worry that one could.

OPIS chief oil analyst Denton Cinquegrana discusses the move in retail gas prices below $4 a gallon for the first time in months, and what risks lie ahead for the energy market.

I'll be sure to keep an eye on the weather for this reason and others.

Follow over the jump for my personal driving update. 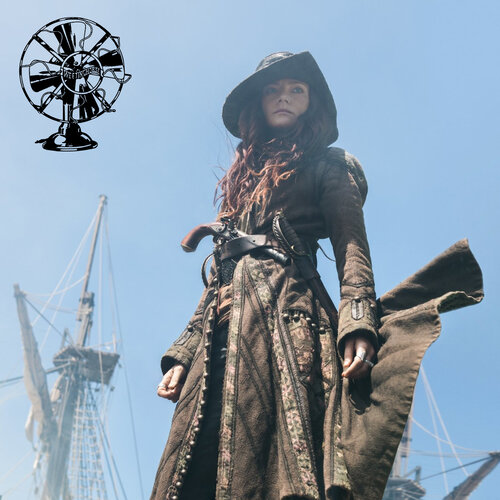 Still, I am driving more and that means I'm contributing to the increased miles driven by all Americans, as shown in this chart from Advisor Perspectives. 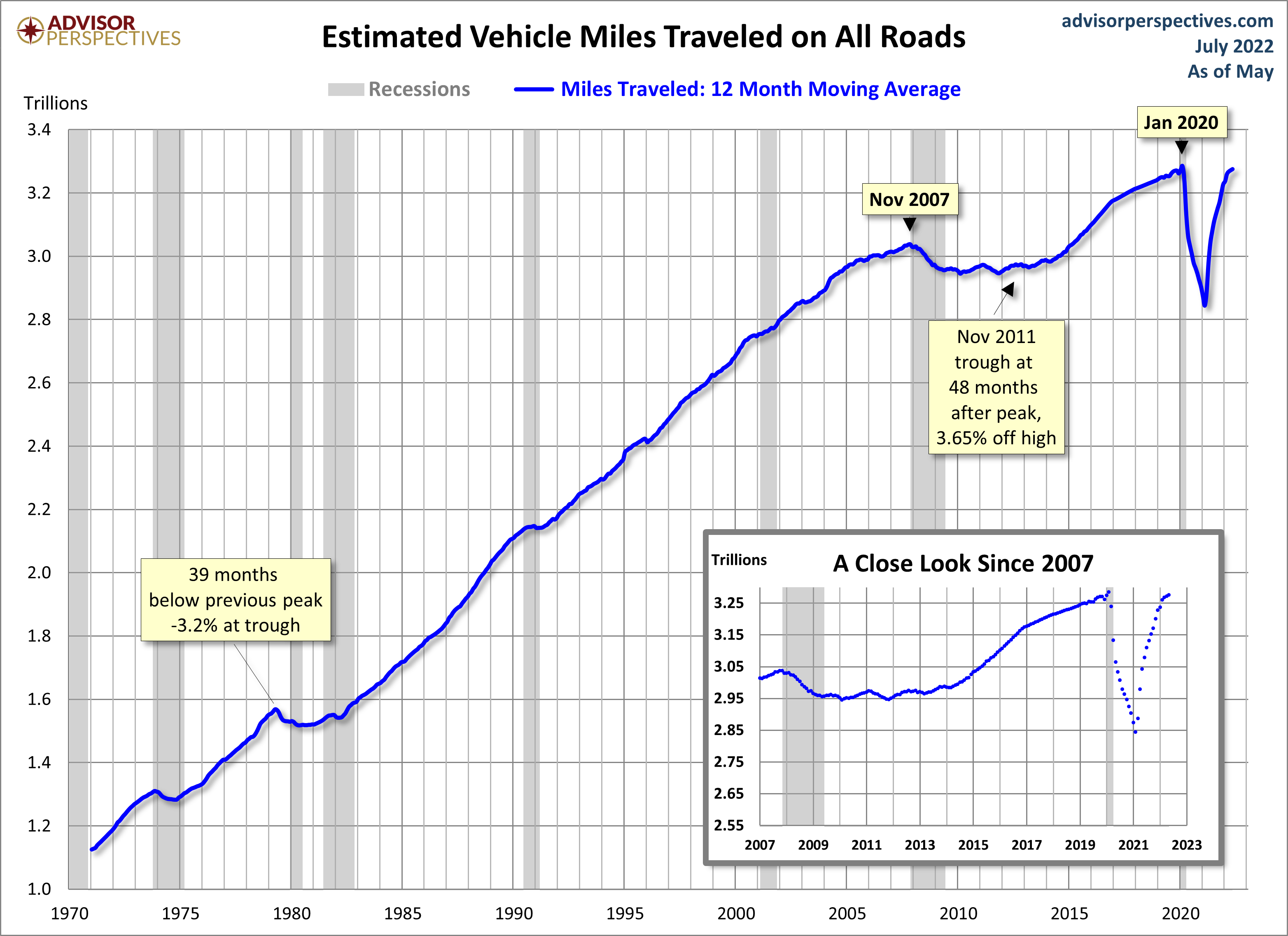 As of May 2022, total miles driven during the past twelve months had nearly returned to pre-pandemic levels.

Since this blog entry is about driving and gas prices, here is the graph showing population-adjusted miles driven and average retail gas prces from the same article at Advisor Perspectives. 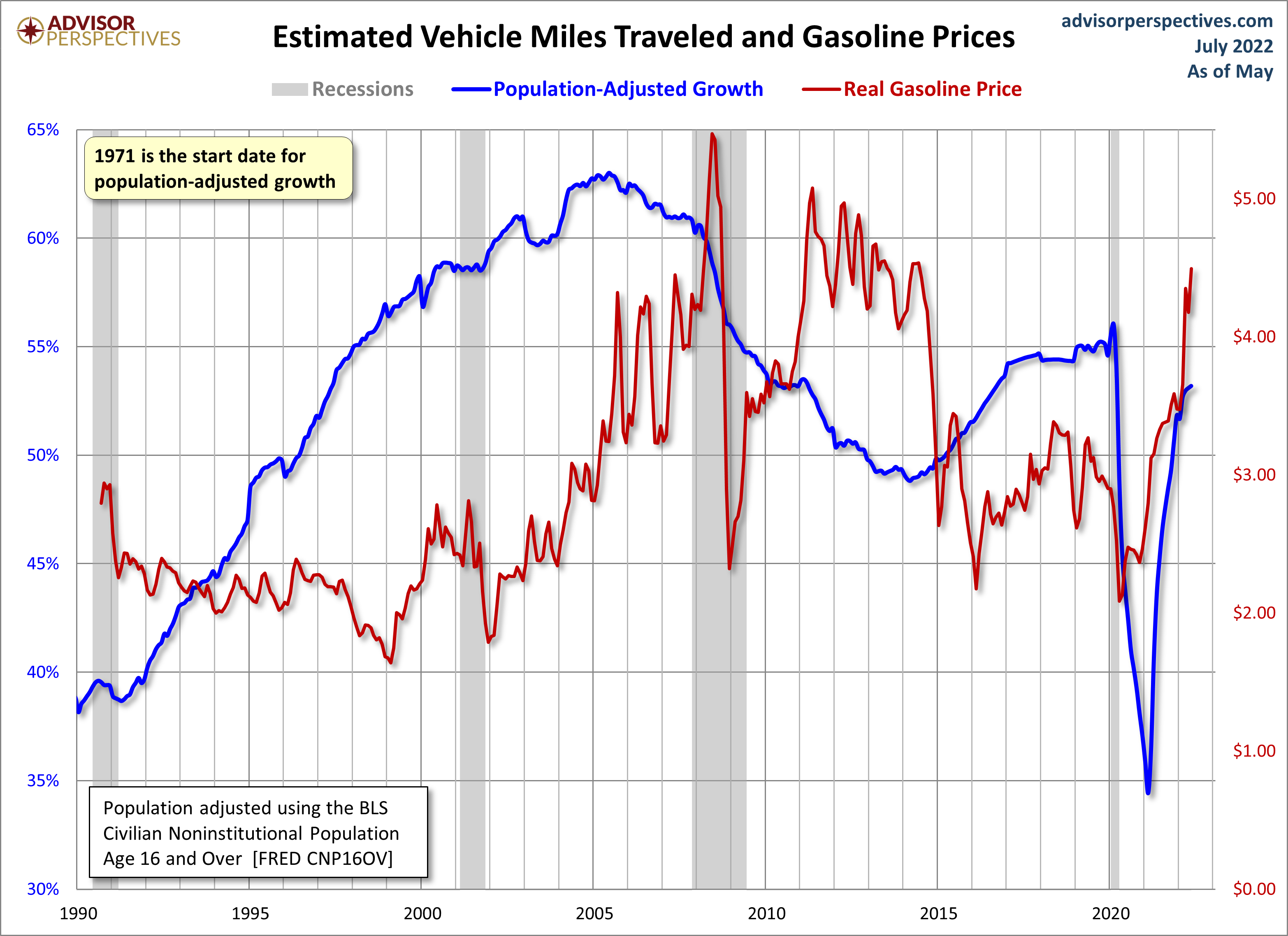 Throughout most of the data series, the relationship between gas prices and miles driven is negative; gas prices go up and driving goes down. That's not the case since the pandemic began. Instead, driving is pushing gas prices up and down, so the relationship is positive. This chart ends on May, so it doesn't yet show if the record retail gas prices in June curtailed driving. Stay tuned for the next driving update, which could either be for Snow Bear or Pearl, to find out.

*One of these days, I should write a post about the Kondratiev Cycle, how it relates to inflation, and why the time of the current rise in prices fits the cycle. Maybe when I'm on vacation, which isn't now.
Posted by Pinku-Sensei at 3:51 PM