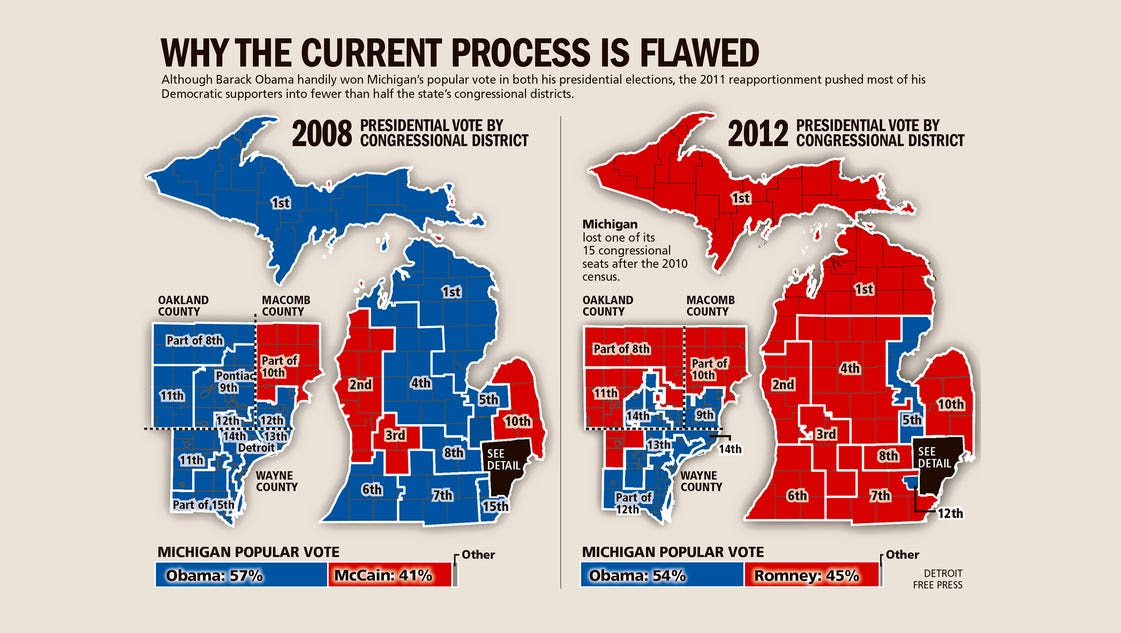 The second most read entry of the fifth year of the blog was WXYZ on redistricting reform, which earned 2529 page views, 2617 according to the raw counter.  I'll be a good environmentalist and recycle the story of how it earned its place from Record page views for August 2015 and other monthly meta.

The most read entry last month not only earned the back catalog trophy (barely, as it was posted on July 30, 2015) but also was the most read entry both last month and for the entire history of the blog so far.  I shared "WXYZ on redistricting reform" on the Coffee Party USA Facebook page, which earned it 2529 page views during August.  Added to its page views during July, and it ended the month with a total of 2578 page views, 2606 according to the raw counter, enough to knock "Corn questions from 'Food, Inc.' worksheet" out of the top ten.  Between the 2500+ people clicking though from Facebook and the 300+ who clicked on the link to "WXYZ previews marijuana legalization for the 2016 ballot," along with the rest of the day's traffic, the blog had its best day ever with 2,994 page views.

This post lasted less than a month at number one, as Trump thinks Sanders is the right enemy beat it handily during August, a story I told in Trump vs. Sanders, the top post of the fifth year of Crazy Eddie's Motie News.  Also, Corn questions from 'Food, Inc.' worksheet climbed back into the top ten--but that's a story I'll tell later.

On another note, I am so glad I wrote the monthly meta posts during 2015; they're making these retrospective posts so much easier.  Now I'll have to resume doing so for 2016.  Stay tuned for this year's first three monthly metas as well as more of last year's top 20.