When my wife said that "the torches and pitchforks came out for the Trumpenstein monster last night," my first response was to write The torches and pitchforks came out for Trump last night and call the incident "a Weimar moment" in my comment to Bull Run at Kunstler's blog.  That was a serious response that ignored the "Trumpenstein monster" part of my wife's remark.  Now for a silly one that puts that phrase front and center, The Republican Munsters.


For good measure, here's Ted Cruz as Grandpa, along with my favorite Republican as Eddie Munster, Paul Ryan. 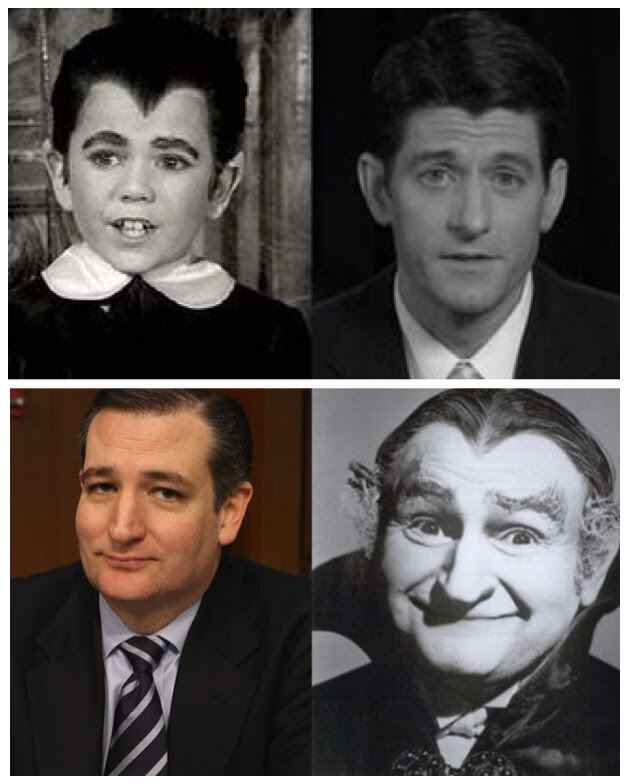 Keep laughing, because it hurts too much to cry.
Posted by Pinku-Sensei at 8:55 PM