That 'alien signal' is likely a false alarm 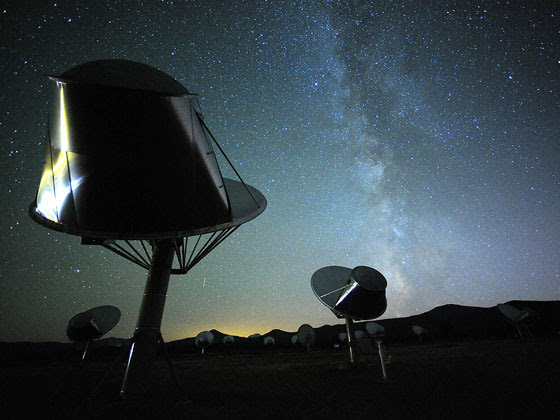 It's been exciting lately for fans of science fiction becoming true.  Last week, I reported on the discovery of the nearest extrasolar planet in Did we just discover Wunderland? No, Moiroi.  This week, the possiblity that we may have evidence of a technological alien civilization was in the news. CNN has the story in Radio signal sparks alien life speculation.

CNN's Anderson Cooper speaks with Miles O'Brien about a signal from a sun-like star, sparking speculation of alien life.

O'Brien isn't the only one expressing skepticism.  So are Vox and Wired.  Looks like a false alarm.  Darn.  Like Anderson Cooper, I'm just a little disappointed.
Posted by Pinku-Sensei at 12:00 AM