'The Mystery of Matter: Search for the Elements' Emmy winner for Outstanding Lighting Direction and Scenic Design 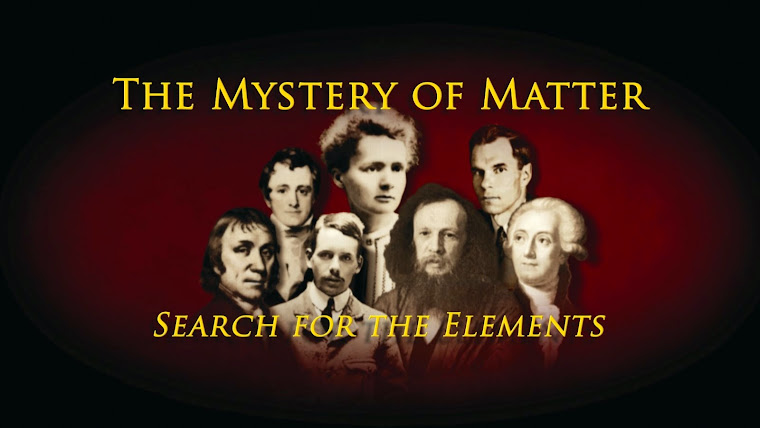 So far in my review of the science, health, and nature honorees among the News and Documentary Emmy Awards, I've looked at the evolution of vertebrates in Emmy Award winner 'Rise of Animals', the 2014 Ebola epidemic in Emmy winner 'Outbreak' from Frontline on PBS, and great ape conservation in 'The Last Orangutan Eden'--Emmy winner for sound and music in a documentary.  Today, I'm looking at chemistry with "The Mystery of Matter: Search for the Elements," the Emmy winner for Outstanding Lighting Direction and Scenic Design.  Two clips from the first episode will serve to demonstrate how the series earned that award.

While holding a variety of jobs as a minister, teacher, lecturer and tutor, Joseph Priestley wrote prolifically on subjects ranging from education and theology to politics and science. Biographer Steven Johnson explains how Priestley’s idea for a book about electricity led to his warm friendship with Benjamin Franklin – and inspired him to become a scientist in his own right.

Priestly shows up again in the next clip, Lavoisier's Better Half.

Antoine Lavoisier worked six days a week as a tax administrator for the king of France, but his passion was chemistry. Before and after work each day, he spent hours in his private laboratory, and one day a week he welcomed others to take part in his ambitious experiments. But his most important collaborator was his wife, Marie Anne, who brought her own extraordinary talents to their partnership.

Those are just the segments about chemistry in the 1700s.  The show continues the story through the next two centuries.  There is a playlist of all seven clips for my readers who are interested in watching highlights of the rest of the history.

Stay tuned for the final entry of the month, which I plan to be about the Science and Technology Programming winner, "Twice Born: Stories From The Special Delivery Unit."
Posted by Pinku-Sensei at 9:00 AM