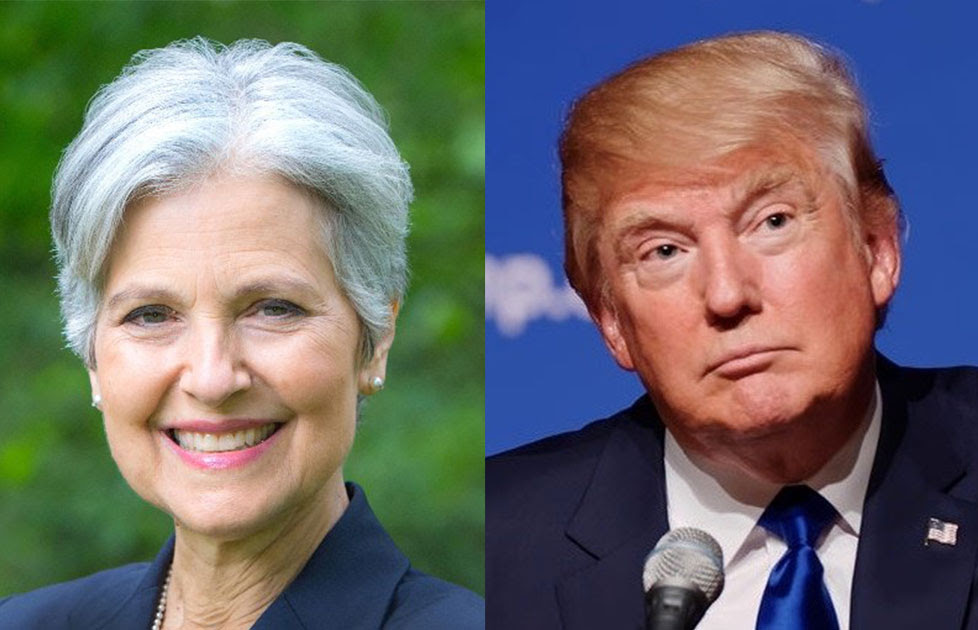 I concluded Presidents on Labor Day by mentioning two presidential candidates who campaigned in Detroit over the weekend.

The first WXYZ clip also mentioned Donald Trump's visit to Detroit on Saturday.  I'll have more on that visit as well as that of Green Party nominee Jill Stein tomorrow.  Stay tuned.

I begin with WXYZ, who reported Saturday Trump's visit leads to protests in Detroit.


Mike Duggan had a busy weekend.  Not only was he in the Labor Day parade marching next to Bill Clinton, he was in the protest as well.  He wasn't alone.  The Detroit Free Press showed him next to U.S. Representative Brenda Lawrence in Protesters gather outside Donald Trump's Detroit appearance.  Another Democratic politician involved was Rasida Tlaib, who was quoted in Arab-American News' Detroiters say no to Trump.  If Tlaib's name looks familiar to my readers, she was one of the people who organized the demonstration when Trump was greeted by protesters in Detroit the last time he visited.  Any time Trump comes to Detroit, he should expect her to organize a demonstration against him.

Green Party nominee Jill Stein also visited Detroit on Saturday.  Follow over the jump for a report on her visit.

Stein said Detroit is leading the fight of the struggle against poverty and maintaining jobs instead of sending "corporate profits overseas."

"[The fight] to repossess its public schools, the fight against the very undemocratic takeover of the public school system which has driven it further into the ground," Stein said. "It's the fight of the residents to take back their water supply to have access to affordable water instead of these rates that have doubled over the years."

Baraka said the Detroit water shut-off has been internationally recognized as an ongoing violation in the country. More than 23,000 Detroit water customers were at risk for having their water shut off this year because of delinquent bills.

"These moves are a complete violation of international human rights law," Baraka said. "We were able to get various agencies of the United Nations involved in this situation here in Detroit."

That was the substance.  Now the style as Green Party presidential candidate Jill Stein plays the bongos with Motown's Martha Reeves.

That's it for Labor Day weekend political news.  Tomorrow night is the Commander-in-Chief Forum.  Break out the drinking games!