Best August so far and other monthly meta 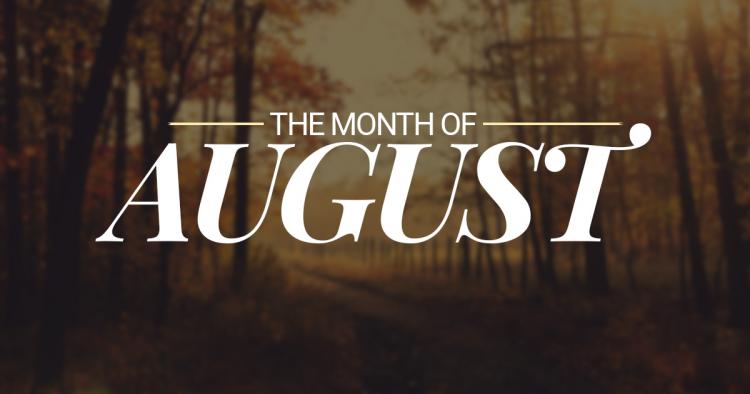 As Infidel 753 noted and I quoted, I post regular digests of my statistics of this blog.  I just finished compiling the stats for August 2016, so it's time to post them.

On the other hand, last month's comments were disappointing.  The month also saw 27 comments for an average of 0.87 comments both per day and post.   That's a lot less than last August's 41 comments, which were the most since February 2014 and a new record for last year through the end of August.  In terms of total and per day, they declined 34.1%.  Comments per entry declined less, as I posted 38 entries last August for an average of 1.08 comments per entry.  The result is a decline of 0.21 comments per entry or 19.4%.  That looks less bad.  Also, I am recognizing a most commented on entry over the jump, unlike March 2016 when no post merited the honor.  For what it's worth, this month looks better already with 22 comments to 9 entries over 10 days.  It's not on pace to beat September 2015's 74 comments, but at least participation in the comments section will look respectable and hopefully not full of spam!

Before I review the most read posts, I'm featuring the ones that got the most attention on social media.  This month, I institute a new recognition, most retweeted on Twitter.  This month, the honor goes to U.S. Taxpayers Party of Michigan candidates for 2016 from August 27, 2016, which was the most retweeted post of the month with five retweets during August, six overall.

I gave out four Honorable Mentions for August to posts that made the top ten during the month but didn't last on the leader board until the last day of August.  The first went to "Speculative fiction movie nominees at the 2016 Teen Choice Awards, Part 2" from July 31, 2016.  The entry got as high as 10th on the default top ten for the month with 116 page views, 165 according to the raw counter, before falling out at 11 PM on August 17, 2016.  It earned those page views from being shared on the science fiction and fantasy groups on Facebook after 8 PM on July 31st, when the stats accrue to the next month.

"Speculative fiction movie nominees at the 2016 Teen Choice Awards, Part 1" from July 24, 2016 earned the second Honorable Mention.  It peaked at 8th on the monthly top ten with 124 page views, 149 according to the raw counter, before falling out on August 17, 2016.  The post earned those page views from being shared on the science fiction and fantasy groups on Facebook after 8 PM on July 31st.

The third honorable mention went to "Melania Trump: Rickrolling and Plagiarism" from July 19, 2016.  While it came in ninth among entries posted during July 2016, it didn't crack the default top ten until August.  The entry got as high as 6th before falling out at 8 PM on August 17, 2016.  At that time, it had 148 page views, 203 according to the raw counter.  Most of those carried over July, but were enough to put into the top ten the first half of August.

The top ten(s) proper begin with "Detroit Zoo millage renewed plus good news for libraries and parks" from August 3, 2016.  It came in 10th among entries posted during August with 91 page views that it earned from being shared in the Michigan politics groups and communities on Facebook and Google+.

"Stocks resume climbing a wall of worry to hit new high" from August 1, 2016 earned 98 page views from being shared at Kunstler's blog in addition to normal social media promotion to place ninth among entries posted during August.

"Ocean acidification: Student Sustainability Video Festival 57" from August 6, 2016 earned 100 page views, 120 according to the raw counter, from being shared on the environment groups and communities on Facebook and Google+, to end the month in 8th place among entries posted during August.  It snuck into 10th place according to the default counter on the first day of September as two other entries fell out.

I shared "Hillary Clinton rebuts Trump in Warren, Michigan" from August 12, 2016 at Kunstler's blog as well as to the political groups and communities on Facebook and Google+.  Doing so helped it earn 105 page views, 128 according to the raw counter, to become the 7th most read entry during August.  It snuck into 10th place according to the default counter on the first day of September as two other entries fell out.

Infidel 753 linked to "Lionfish: Student Sustainability Video Festival 61" from August 10, 2016, which helped it earn 135 page views according to the raw counter to end the month as the 6th most read entry posted during the month.  I also shared it at the environmental groups and communities on Facebook and Google+.  It never entered the default top ten despite having more raw page views than two entries that did.

The overall top ten begins with "Renew for the Zoo" from August 2, 2016.  Being shared at the Michigan politics groups and communities on Facebook and Google+ helped it earn 124 page views, 148 according to the raw counter, to place it 10th overall and 5th among entries posted in August.  I had been has high as 8th, then fell out and returned to the top ten for the last full week of the month.

"Trump greeted by protestors in Detroit" from August 11, 2016 came in 9th overall and 4th for entries posted during August.  It earned its 132 page views, 153 according to the raw counter, from being shared first at the Michigan politics and anti-Trump groups and communities on Facebook and Google+, then linked in a comment at Kunstler's blog.

The most commented on entry during August was "Jimmy Kimmel on GMOs: Student Sustainability Video Festival 58" from August 7, 2016 with 6 comments, thanks to Kevin Robbins of Hometown USA.  It earned 150 page views, 173 according to the raw counter, from being shared at the science groups on Facebook to place 8th overall and 3rd among entries posted in August.

"Game of Thrones D&D character alignment charts" from April 6, 2014 was the first of five entries from the back catalog to make August's top ten.  It earned 166 page views from web search to end up in 7th place overall at the end of the month.

The most liked on Google+ during August was "Michigan Green candidates from the bottom of the ballot to the top" from August 13, 2016 with 11 pluses earned from being shared on the Green Party communities on Google+.  It ended the month with 194 page views, 222 page views, 44 of them within one day of the Green Party of Michigan sharing it on their Facebook page.  I also shared at Kunstler's blog.  While I officially have it as the second most read entry from August and 5th overall, it jumped up to 3rd overall on the last day of the month.

"Trump and Putin, a bad bromance" from July 29, 2016, which was the most commented on entry during July with 6 comments, returned to the end of the month summary in August by earning 195 page views last month after being shared at the anti-Trump and politics communities and groups on Facebook and Google+ and then at Kunstler's blog to end August in 4th place overall.  It maxed out at 265 page views, 299 according to the raw counter, on August 27, 2016.  It also ended them with 8 pluses, 6 of them during August.

The new post trophy for August went to "July 2016 hottest month on record yet" from August 17, 2016.  It earned most of its 959 page views, 974 according to the raw counter, from being shared at the Coffee Party Facebook page.  It got 800 page views in the first 24 hours after being shared, 386 of them in the first hour. That helped attracte 401 page views to blog in first hour after being shared, 1060 the first day.  In contrast, it only earned 79 all day before from being shared at the environmental groups and communities on social media.  Infidel 753 later linked to it.  As a result, it was not only first for posts from August, but also 3rd overall for the month, although it jumped up to 2nd on the last day.

"John Oliver on feelings over facts and Colbert on Trumpiness" from July 25, 2016 won both the top post and Revenge of the Back Catalog trophies with 6061 entries during the month.  The entry also rose to second on the all-time top ten list with 6099 page views, 6139 according to the raw counter, by the end of July.  As I documented in Popular entries from the back catalog for the fifth year of Crazy Eddie's Motie News, it knocked Eye spy the gas price rollercoaster about to coast down like a parachute out of the all-time top ten.  Like the previous two entries, it earned its page view by being shared at the Coffee Party Facebook page, where it earned more than 5700 page views in 24 hours.  Before being shared, it had 117 page views.  Sharing  it helped draw 5861 page views to the blog the day it was posted, 1325 in the first hour.

Stay tuned for Sunday's entry.  Normally, that would be an entertainment post, but tomorrow is the 15th Anniversary of 9/11.  I might post Part 2 of my day to complete My 9-11 story, part 1 or I might not.  I haven't decided yet.

*The original post reported last August's page views per day as 489.26.  That didn't give the same percent increase as total page views, so I had to recalculate.  The original must have been a typo, so I'll have to go back and correct it.