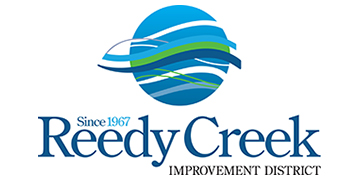 It's Sunday, so it's the day for the weekly entertainment feature.  However, I'm in the mood for something more serious, so I'm sharing The Reedy Creek Improvement District: Disney's Government from Rob Plays.

Sometimes it feels like Disney World is its own small country. So it’s no surprise to learn that Walt Disney World has its own government. It’s called the Reedy Creek Improvement District. How did it come about, why did it come about, and should it continue to exist?
...
Back in May of 1967, Florida Governor Claude Kirk Jr signed new chapters of the Laws of Florida that simultaneously created the city of Bay Lake, the city of Reedy Creek, and the Reedy Creek Improvement District which would hold jurisdiction over both. This district has far more governing power than normal, allowing for their own building codes, called the EPCOT codes. The district is also responsible for running their own services, such as fire stations, EMS, power distribution, water treatment, waste disposal, and road maintenance.

The district is governed by a five person board of supervisors who are elected into their position by the landowners within the district. Who again, is Disney. Or specifically, it’s a set of trusted and loyal residents that Disney allows to live on property. This means that Disney is able to elect a board who will govern the district in a way that benefits their needs as a resort. On paper, Disney and the Reedy Creek Improvement District are two separate entities, but realistically speaking, they’re one in the same. The district was designed by Disney to operate in a way such that Disney would be able to steer its direction unopposed.

So why did they go through all that trouble? After all, Disneyland doesn’t need its own government to be successful. Universal Studios Florida doesn’t. So why does Disney World?

The answer was the original EPCOT, a real "Experimental Prototype Community of Tomorrow," not the theme park that exists today.  Disney actually tried the concept in Celebration, the subject of two videos that I plan on posting in the future.  Still, it has been very useful, not only for Disney, but also for examining sustainability issues related to the parks.  I plan on sharing those videos in a future entry as well.  All of the videos examine issues with cities and tourism as well as some solutions to them, so they are on-topic for this blog.

As an example of the Reedy Creek Improvement District's responsibilities, Rob Plays asked Why Are Disney Traffic Signs Purple?

Subscriber Philip asks “Can you do a video about the colors of the Walt Disney World traffic signs? Are they special colors that relate to colors from particular characters or movies?” Great question Philip! Let’s talk about those famous purple signs at Walt Disney World!
...
So if you’ve never been to Walt Disney World, the signs Philip is referring to aren’t signs around the parks themselves, but the road signs scattered all along Walt Disney World property. These signs are the work of Sussman/Prejza & Co, a Los Angeles design firm that was hired in 1989 to tackle the design for the wayfinding and traffic signs of Walt Disney World and EuroDisney.

As for the colors, according to the firm, they drew inspiration from the mouse himself, Mickey! The black, red, and yellow colors used on the signs were chosen to mimic the color palette of Mickey Mouse. The signs were further fleshed out with complimentary colors which are colors that lie on the opposite side of the color wheel. Red’s complementary color is green, and yellow’s complementary color? Purple.
...
So know we know why the Disney traffic signs are purple, red, yellow, and black, but how are they those colors? How could Disney control the colors of road signs outside of the parks?

Well the answer to that is that Disney has their own governing jurisdiction at Walt Disney World, and it’s called the Reedy Creek Improvement District. The district is responsible for overseeing the public services of the property, including the fire department, EMS, water treatment, electric and roadways and bridges. The Reedy Creek Improvement district is a fascinating part of Disney World’s history and a crucial element in what allowed the resort to become what it is today. It’s a topic deserving of its own whole video, and it’s one I plan to create later this year.

Rob Plays didn't waste any time.  His next video was the one I posted first and he uploaded it four days later.