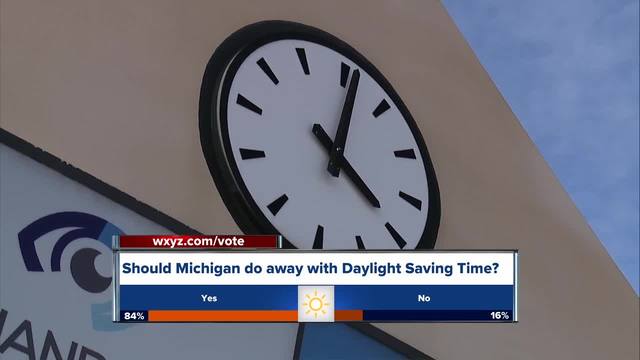 I begin with California, where KERO in Bakersfield reported Voters decide on keeping daylight saving time.*

This weekend we get that extra hour of sleep that we've been missing. Clocks fall back one hour, making the sun go down a bit earlier. But Daylight Saving Time could soon be a thing of the past in California. The time change started back in 1949 but many Californians want to see an end to it. On Tuesday voters will decide. Cristy Fajardo reports.

Yes, even Daylight Saving Time is now an election issue.

Follow over the jump for the rest of the stories about states trying to "fix the clock."

Don't forget to turn your clocks back this Sunday as Daylight Saving Time ends. But didn't Governor Scott sign a bill making it permanent here in Florida? John Wagner at Wagner Micro Engineering in West Palm Beach is wondering what happened?

The lack of response to Florida's trying to fix the clocks has not stopped other states from trying something similar.  Last year, WOOD-TV reported on a Bill would ditch daylight saving time in Michigan.

At least one Michigan legislator wants us to stop changing our clocks once a year.

I’m sure many of you are looking forward to sleeping in an extra hour this Sunday when Daylight Saving Time ends.  But can this seemingly small one-hour change affect our health?  I know many people are really looking forward to getting extra sleep this Sunday. But in reality, only a few people actually do.   Because of our body’s circadian rhythm, our sleep/wake cycle will take about a week or so to adjust to the new time change.

At the link to vote, WXYZ mentions the bill in committee and links to the result that 84% of viewers voting want Michigan to get off of Daylight Saving Time, as seen in the image I used to begin this entry.

As I wrote in March, "Ever since I first mentioned Daylight Saving Time on this blog in 2012, I've become increasingly skeptical of its benefits."  Looks like more and more people are agreeing with me.

*In addition to watching CBS Los Angeles, then KNXT and later KCBS, growing up, I lived in Bakersfield for almost a year during the early 1980s and KERO was one of the stations I watched.  I'm pleased to find its YouTube channel, although maybe not enough to subscribe to it.  I don't miss Bakersfield that much!