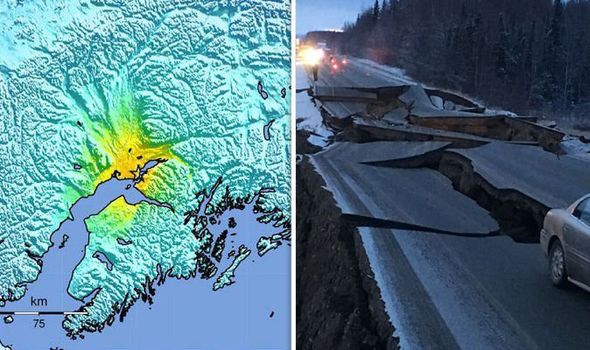 The earthquake was reported by the USGS.
While I'm sure that injuries and perhaps some fatalities will be reported later, that none have been reported so far is extremely fortunate. In addition, the cancellation of the tsunami warning is good news. According to Wikipedia, 124 of the 139 deaths from the 1964 Good Friday Earthquake were the result of the tsunami, which killed people in three states, Alaska, California, and Oregon. No tsunami, no death and destruction outside of the Anchorage area.

I plan on following up over the course of the weekend so that I can discuss the earthquake and its aftermath with my students next week. I'm sure we'll have lots to talk about. In the meantime, that's it for November. Stay tuned for the first post of December at midnight Eastern Standard Time.
Posted by Pinku-Sensei at 4:17 PM