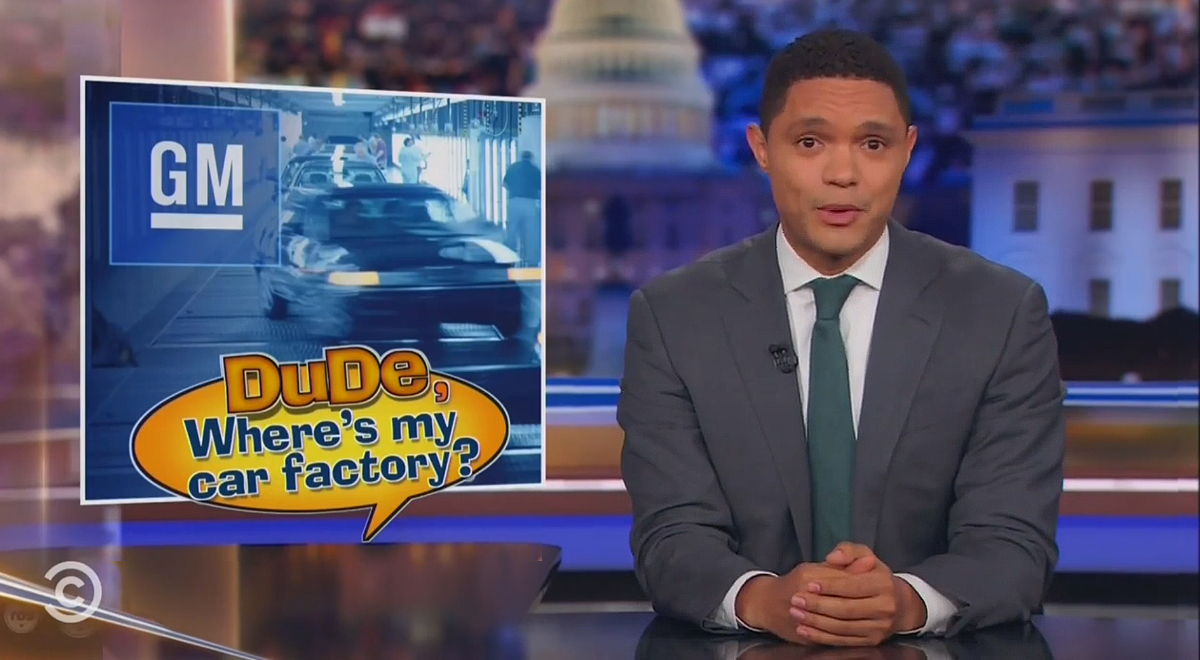 I'm not done for the month with Trevor Noah reacting to Trump having things not go his way.  Watch Trump’s Broken Promise to General Motors.

It turns out America’s top used car salesman sold General Motors workers a lemon. GM cuts 15,000 jobs amid slumping sales even after Trump’s insistence that the corporation was making a comeback.

The one car I will miss will be the Volt, which can carry a gun rack, even before 60 Volts drove down Woodward in the 2011 Dream Cruise.  Still, that was seven years ago and the Bolt is replacing the Volt, so I suppose it's time for the Volt to retire.  I'm still a bit sad.

As for who to blame, the Detroit Free Press interviewed a University of Michigan economist, who said not to blame Trump.  This includes the tariffs on imported steel and aluminum, which probably are not helping.  Speaking of tariffs, what is one of Trump's reactions?  Propose more tariffs, this time on imported cars.  I suppose if all one has is a hammer, every problem looks like a nail, and Trump loves to hammer.
Posted by Pinku-Sensei at 11:55 AM