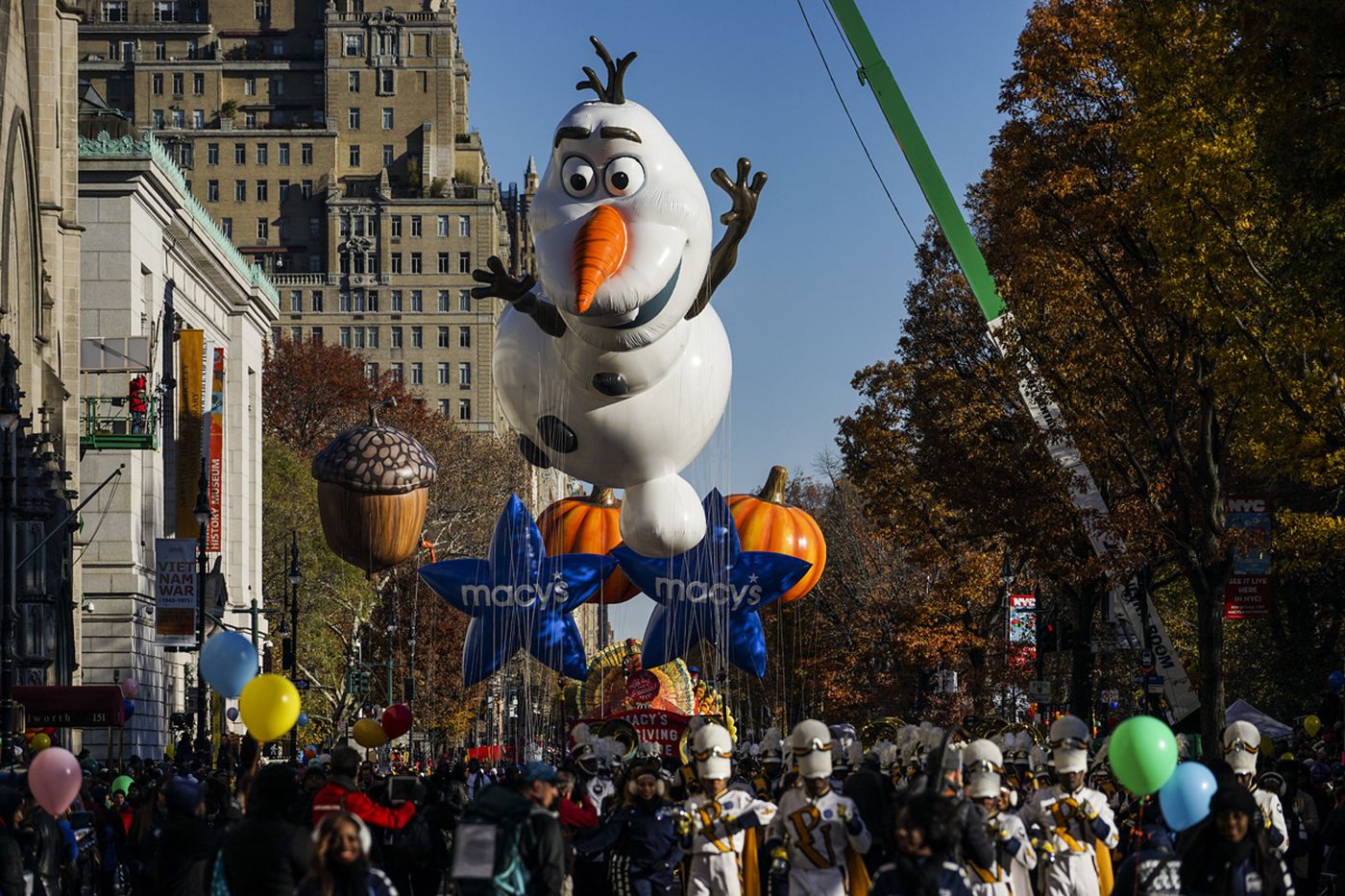 Happy Thanksgiving!  Today, I'm combining balloons and marching bands in my preview of the Macy's and Detroit Thanksgiving parades.  First, Olaf from "Frozen" is returning to the Macy's Parade this year as is Dino the Sinclair Oil dinosaur.  Olaf is featured in Top 10 Disney Balloons at the Macy's Thanksgiving Day Parade | Disney Parade History.

Disney is no stranger to parades, since they run daily Disney parades at Walt Disney World and Disneyland, but did you know that the Walt Disney Company has a history with the Macy's Thanksgiving parade that dates all the way back to1934 with the first Mickey Mouse balloon? The Macy's parade, formerly known as the Macy's Christmas Parade, has become known for its giant balloons so sit back as we go through a little Disney history and countdown the Top 10 Disney Balloons and Floats from the Macy's Thanksgiving Day Parade!

I'll be watching for Olaf.

I'll also be watching for the marching bands in the Macy's Parade.

Out of all the marching bands, the most famous is almost certainly The Ohio State University Marching Band, but I'm not featuring them, as I'm a Michigan alum and I'm almost certain they will march in the Rose Parade, so I'll have a chance to feature them then.  Instead, my favorite band in the parade is the Riverside City College Marching Tigers from Riverside, California.  Follow over the jump for them plus my picks for this year's WDIV Battle of the Bands. For a sample of what RCC is like in a parade, I have two videos of the band in the Rose Parade.  First, Riverside City College Marching Tigers - 2013 Pasadena Rose Parade.

That's the kind of street show RCC will likely put on today, but this time they'll be allowed to finish it.

Finally, this year's band on the field.


Looking forward to hearing and seeing the Tigers march down the street in NYC as well.

Finally, WDIV is running the Battle of the Bands 2018 again.  Last year, St. Clair won the WDIV Battle of the Bands but isn't returning.  Instead, I think the favorite is Dakota High School, which is the only one returning from my top three last year and has won this popularity contest in the past.  The other bands I plan on rooting for are Marysville High School, which came in fourth in Flight IV at the MCBA State Championships, and Troy Athens, which did not compete in MCBA this year but has in the past.  Good luck to all three.  I plan on writing about the winners next week.

I'm not done with the holiday, as I plan on posting a Tipsy Bartender drinks for Thanksgiving entry later today.  Stay tuned.
Posted by Pinku-Sensei at 12:00 AM